When Black Music was Conservative 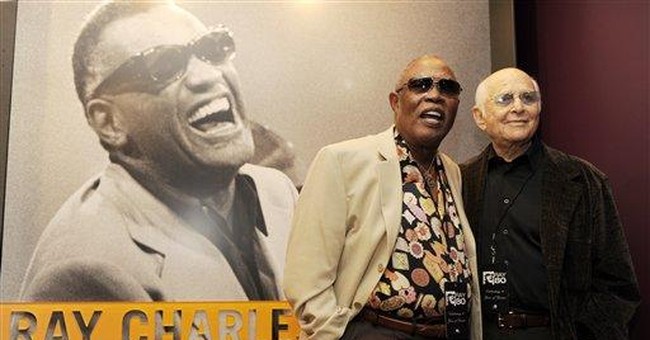 Contemporary African-American music—especially rap and hip-hop—has become synonymous with and notorious for its suggestive and explicit lyrics. Women are often portrayed as sex toys, violence is glorified, denunciations of law enforcement are routine, and middle-class upbringings go unacknowledged, lest they undermine the artists’ street credentials. A few decades ago, however, black popular music—what’s come to be known as “classic soul”—was notable for featuring lyrics that celebrated marriage and downplayed obstacles to black progress. Its lyrics championed the sort of family life that lays the groundwork for upward mobility and the optimism associated with a period of social breakthroughs and economic improvement.

The classic soul recordings of such sixties giants as Solomon Burke, Joe Tex, Percy Sledge, The Impressions, Aretha Franklin, Ray Charles, James Brown, and others embodied values at odds with those purveyed in much black popular music today. The 1960s and early 1970s was the era of what music critic Peter Guralnick has called “sweet soul music,” the title of his definitive book. “Soul music, then, was the product of a particular time and place,” Guralnick writes, when “the bitter fruit of segregation transformed . . . into a statement of warmth and affirmation.”

As it evolved over the course of the 1950s and 1960s, gospel music grew comfortable expressing less overtly religious themes. Sam Cooke’s Specialty Records hit “That’s Heaven to Me” offered a vision of paradise that resembled a safe, middle-class suburban neighborhood: “Even the children playing in the street sing a friendly hello to everyone that they meet. Even the leaves blowing out, going out on the tree—that’s heaven to me.” A traditionalist, gospel-influenced message remained at the core of classic soul music. Artists’ lyrics respected and often celebrated marriage, for example. In his 1962 single “Meet Me in Church,” Joe Tex sang: “I’ve got the ring and the rice. I’ve got flowers waiting on ice. So don’t hesitate. Don’t make me wait. Meet me in church.”

Stars like Tex and Solomon Burke—who released his own version of “Meet Me in Church” in 1968—weren’t necessarily expecting to tie the knot with a bombshell like Rhianna or Beyoncé, either. “All I want is just a plain and simple girl who can understand me and share my world.” lamented Garland Green in his 1971 hit “Plain and Simple Girl.” In “When a Man Loves a Woman,” among the deepest and most poignant soul ballads, Percy Sledge sang of heartfelt devotion. “When a man loves a woman, spend his very last dime, tryin’ to hold on to what he needs. He’d give up all his comforts, and sleep out in the rain. If she said that’s the way it ought to be.”

Soul songs about infidelity were plentiful, but they also paid tribute to marriage as an abiding norm. After all, one cannot “cheat” (a commonly used soul-lyric term) absent the structure of assumed fidelity. Johnnie Taylor, who scored a series of hits on the cheating theme, including 1968’s “Who’s Making Love,” implicitly endorsed the idea of couples staying together when he sang, “Take care of your homework, fellas. If you don’t, somebody else will.” That message couldn’t be more different from “Love the One You’re With,” the free-love anthem of the Woodstock Nation. Even when sex might occur outside marriage, classic soul raised the possibility that a long-term relationship should follow.

Soul music’s confidence in family life was matched by a conviction that past injustice would no longer hold black America back. “It’s been a long time coming, but I know a change is gonna come,” sang Sam Cooke in “A Change Is Gonna Come,” which became a civil rights anthem after his death in 1964. “There have been times when I thought I couldn’t last for long. But now I think I’m able to carry on.” Struggles and hardships, real as they remained, wouldn’t be accepted as an excuse for not advancing. In “We’re a Winner,” written for his Chicago-based group, the Impressions, songwriter Curtis Mayfield put it this way: “We’re a winner and never let anybody say, boy, you can’t make it, ’cause a feeble mind is in your way. No more tears do we cry, and we have finally dried our eyes, and we’re movin’ on up.” James Brown put it more succinctly: “I don’t want nobody to give me nothing. Open up the door, I’ll get it myself.”

It wasn’t just the lyrics of classic soul that projected a wholesome attitude. Male soul singers were, for the most part, clean-cut and well dressed, often performing in tuxedos. Some donned ostentatious and colorful outfits, but suit-and-tie on stage was clearly the norm. Soul music stars not only encouraged upward mobility; they also embodied it. Carla Thomas was, for a time, billed as the Queen of Soul (before Aretha Franklin took that crown). Pert and demure, Thomas was a Howard University graduate—a credential not viewed as undermining her artistic credibility, as it might be today, but one that she happily wove into her persona. In her duet with Otis Redding on Lowell Fulsom’s “Tramp,” she plays the sophisticate to Redding’s country bumpkin: “You need a haircut, baby.”

Almost as if they foresaw the rise of vulgarity in black popular music, the Staples Singers rejected it in their biggest pop hit, 1971’s “Respect Yourself.” “Oh, you cuss around womenfolk and you don’t even know their names. And you dumb enough to think, that’ll make you a big ol’ man. Respect yourself, respect yourself. If you don’t respect yourself, ain’t nobody gonna give a good cahoot.” The mature and morally responsible vision of “Respect Yourself” and other soul hits has long since been overtaken by songs such as Beyoncé’s “Blow,” an unsubtle ode to oral sex.

How and why did black popular culture turn its back on the bourgeois values of marriage, fidelity, male responsibility, and the rewards of steady personal improvement, in favor of instant gratification, sexual conquest, and the outlaw lifestyle? Black pop music’s wholesale change in style and content clearly reflected broader societal changes—especially the decline of the two-parent family and the corresponding increase in out-of-wedlock childbirth, shifts that occurred most dramatically in the black community. In 1965, Daniel Patrick Moynihan called for national action to address an out-of-wedlock birthrate for black children of 24 percent; today, the figure is over 70 percent. As male/female relations frayed, old-fashioned courtship doubtless came to seem like a quaint notion for black performers. If no one gets married, who will sing songs about marriage?

Another culprit is elite liberalism’s celebration of the black outlaw, which began in the 1960s, when “black nationalist” figures such as Malcolm X and several Black Panther leaders became cultural celebrities and were romanticized by progressives, black and white. Malcolm X, the reformed Detroit Red, was an ex-con turned orator, a brilliant analyst of race relations but one who famously urged change “by any means necessary.” The Left lionized Black Panthers Huey Newton, Eldridge Cleaver, and H. Rap Brown as American Che Guevaras. The image of the criminal/celebrity revolutionary was exemplified in a famous poster of Newton, replete with beret and machine gun, that was ubiquitous in college dorm rooms during the late 1960s and early 1970s. In his 1968 book Soul on Ice, Cleaver framed the rapes for which he had previously been convicted as political acts—and many on the left came to view black criminal behavior through that lens, in the same way that, years later, they would laud rap and hip-hop lyrics about drug wars and police shootings as the authentic poetry of the street.

Today’s elites often fawn over the latter-day version of the Panthers: rap and hip-hop stars. In their introduction to 2010’s The Anthology of Rap—published by the prestigious Yale University Press, with a foreword by Harvard’s Henry Louis Gates—English professors Adam Bradley and Andrew DuBois bestow respectability on lyrics that, objectively, would once have been considered obscene. “A range of historical approaches seems relevant in considering rap as an art,” they write, “whether that means focusing on a song’s relationship to African American oral poetry of the distant or recent past, or to English-language lyric poetry from Beowulf until now.” Presumably, the authors are comfortable making such lofty claims about Dr. Dre’s duet with Snoop Dogg: “Bitches ain’t shit but hoes and tricks, lick on these nuts and suck the dick.”

And keep in mind the people who buy so much of this music: young whites. While hard numbers are difficult to come by, varying estimates in recent years have suggested that 60 to 80 percent of rap music buyers are white. These listeners, like their radical-chic predecessors a generation ago, enjoy celebrating black gunslinging, drug dealing, and hypersexualized ghetto toughs—albeit usually from a safe distance.

Perhaps a generation marked by the persistence of a black underclass, inner-city crime, and family breakdown will eventually turn away from rap and hip-hop’s hedonism, outlaw ethos, and misogyny. If it does, black music may once again become a messenger for what America’s first black president famously called hope and change.

Howard Husock, a contributing editor of City Journal, is the Manhattan Institute‘s vice president for policy research. This article is adapted from the Summer 2015 issue of City Journal.