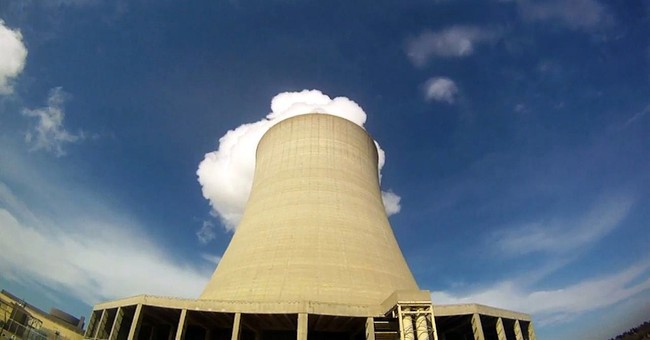 The Obama administration placed its crosshairs right on the coal industry by mandating a 30 percent cut in carbon emissions at fossil fuel-burning power plants by 2030. By attempting to force America to use the most expensive, unreliable energies, wind and solar, the Environmental Protection Agency will be fulfilling its goal of reducing fossil fuel use.

The Administration’s position on the ever-changing climate is based only on un-validated, man-made computer models that have yet to produce climate forecasts that are accurate for periods as short as a decade. The scientific test of the man-made climate change hypothesis cannot be done with un-validated, constantly failing computer models but only by comparing the hypothesis to real, empirical observations of current and past CO2 and temperature relationships. This time-honored test indicates that “CO2 is the major cause of climate change” is false.

Why won’t the Administration’s science advisors discuss this glaring lack of empirical evidence? It must be political self-preservation is at stake. Even academia and subsidy-dependent businesses have compromised themselves by receiving billions of dollars that get directed to alternative energies or to those trying to prove negative influences of CO2 on Earth’s climate. Also, there is the catastrophe-loving media that seems incapable of understanding the vast difference between real scientific observations and the output of un-validated computer models.

The rate and magnitude of recent warming is unprecedented. This is absolutely false. Peer reviewed studies, including the journal Climate Dynamics, recently concluded that average global temperatures stopped warming 15 years ago. Looking farther back, there have been many periods of rapid warming before man’s measurable release of CO2.

Droughts and floods are more frequent and intense. Again false. According to 106 peer reviewed global drought and 47 global flood studies, this is not true.

The number of wildfires is increasing. The National Interagency Fire Center statistics of total wild land fires from 1960-2012 concludes that there is no evidence to support this claim.

Now for the good news about our environment:

A NASA satellite, orbiting since 1979, collected data that showed that Earth has “greened” for three successive decades as CO2 levels have increased. This, despite our having paved everything in sight with concrete and asphalt and even clear-cut many rainforests. As we learned in the third grade, CO2 is what plants eat.

Additional CO2 should cause more robust habitats and ecosystems, food production per acre will increase, and less remaining pristine habitats will have to yield to the plow as populations increase.

So true environmentalists, where are you? The less-than-truthful Administration, a catastrophe-loving media, and several groups with income, subsidies, grants or promotions at stake have misled you. CO2 is totally beneficial to life on Earth.

Lord Lawson of Great Britain said it best, “Policies invoked in the name of de-carbonization are immoral…. and a blatant transfer of wealth from the poor to the rich.” It means money to the large landowners for vast wind and solar farms and for the poor, the most expensive forms of energy known to man.”