A Question Every Immigrant Should Ask 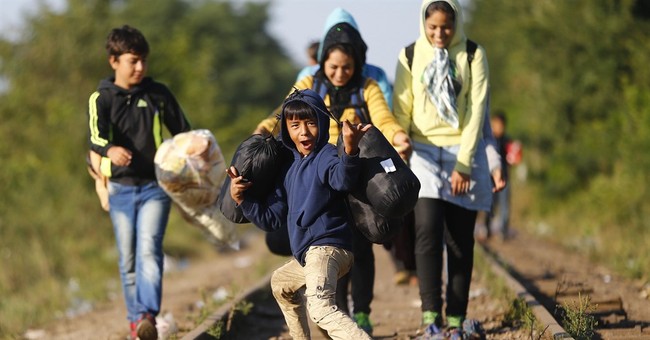 The migrant crisis in Europe and the presidential race in the U.S. have made immigration one of the most discussed topics. Many immigration related debates focus on policy issues such as how many immigrants a nation should take in and border-security measures. As an immigrant and an American by choice, I believe every immigrant ought to ask themselves this question: what is my responsibility to the host country and what do I need to do to be part of this new home of my choice? The key words here are responsibility and choice.

Let’s face it. Very few countries have immigration policies which actively recruit immigrants. For whatever reasons, whether to escape war or seek a better life, an immigrant voluntarily made a conscious choice of which country he/she wanted to move to. Immigration is not for everyone. The immigration process generally extracts a substantial financial as well as emotional toll on prospective immigrants. Some immigrants even have to be subject to life threatening dangers in order to migrate to another country, like the Syrian refugees who drowned while trying to reach Greece. Therefore, immigration is not for the faint of heart. Who in their right mind would want to uproot themselves and their families to a totally strange place, leaving everything they were familiar with behind unless they believe that the move is worth it because life at their birth country is so unbearable and the prospect of life in another place could be so much better?

First, obey the law. Many immigrants choose to migrate to Western countries because they are tired of chaos and lawlessness in their birth countries. They essentially voted with their feet for a more peaceful life style that is made possible by a society based on the rule of law. Therefore, it is important for every immigrant to respect and obey the laws of their new homeland, including immigration law. If we believe a certain law is less than just and should be changed, let’s do it by participating in the civic process and advocate changes through the existing legal and democratic frame work. Simply ignoring the law one do not like will only bring chaos and lawlessness to our adopted country, which defeats the purpose of why we chose to move here to begin with, and will undoubtedly cause resentment from the citizens of our adopted countries.

Second, learn the language. Many western countries, including the U.S., provide plentiful resources, including many free resources to help new immigrants to learn local languages. New immigrants have no excuse for not taking advantage of these resources to learn because numerous studies shows one of the key success factors for an immigrant is the ability to speak the language of their new homeland. Immigrants who can speak the local language typically find better jobs, make more money and are much happier than those who do not.

Third, learn to appreciate the local culture. It doesn’t mean immigrants have to completely abandon the culture they were born into. It also doesn’t mean immigrants have to accept everything the local culture has to offer. What it means is for immigrants to make considered effort to get to know local culture, its institutions and ideas. For example, I watch shows like Family Guy and South Park from time to time, but not because I enjoy them tremendously. About half the time, I do not understand the metaphors or cultural references these shows are talking about. The other half the time, when I do get the jokes, I do not find them funny. But I watch them because these shows are part of the popular culture in America and America is my new home. If I want to join the water-cooler conversations with my colleagues, I ought to at least be familiar with some of the cultural phenomenon or references. That is part of the assimilation process. I am not suggesting every immigrant watch Family Guy and South Park. But if a new immigrant has neither appreciation nor understanding of the local culture, they will no doubt feel marginalized and not part of the society. For those immigrants who want to stay in one area and establish a parallel community which resembles the society they left behind, it is worth asking: If everything in your home land is so wonderful and if you resent the culture this new country has to offer, why did you choose to come here?

Assimilation is important because in Alexander Hamilton's words, "the safety of a republic depends essentially on the energy of a common national sentiment; on a uniformity of principles and habits." Without assimilation, the future of any republic is in danger.

We immigrants voluntarily chose to leave the place we were born and raised. We made a conscious and careful choice of where we want to migrate to. Let’s take ownership for our own assimilation to our new homeland and our own happiness.