The GOP’s Asian Problem and How to Fix it 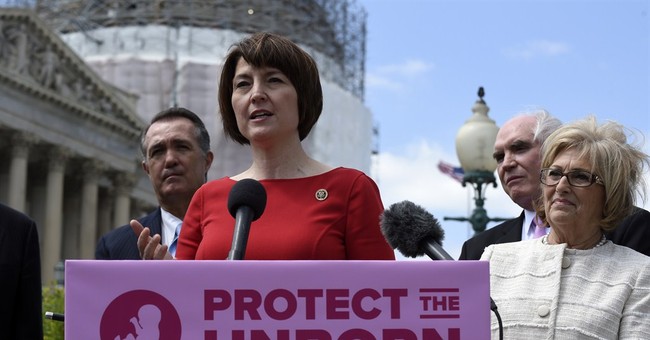 It is well known that Asian Americans in this country vote overwhelmingly for Democrat candidates. Politico.com

There are 18 million Asians in the U.S., representing almost 6% of the U.S. total population and 4% of all voters (Pew Research). Asian Americans continue to grow mainly due to an influx of new immigrants. The Wall Street Journal reports that in 2013, China replaced Mexico as the top country sending immigrants to the U.S. and the trend is expected to continue. The Pew Research Center’s research shows that Asians as a whole have already overtaken Hispanics as the fastest growing immigrant group.

· Strong family values: The Pew research shows 67% of Asians believe being a good parent is the most important thing in their lives and 54% of Asians report they are satisfied with their marriage.

· Strong belief in hard work: The Pew research shows 69% of Asians believe anyone can get ahead if he/she works hard

· Strong entrepreneurial spirit: Compared to other ethnic groups, Asians are the most likely to start their own business. The Census Bureau's Survey of Business Owners: Asian-Owned Firms: 2007 (released in May 2011) points out that as of 2007, there were 1.5 million Asian American-owned businesses, which generated more than $507.6 billion in receipts, employed more than 2.8 million people, and supported payrolls totaling $79.6 billion.

Based on these characteristics, Asian Americans should naturally support conservative candidates, so why do they vote for Democrats? As an Asian American and a registered Republican, I see there are causes within the Asian community and things that Republicans could improve upon.

There are three internal factors that influence Asians to vote for Democrats. First is location. Asians tend to concentrate in urban environments where liberals are dominating. For example, a third of Asians in America live in California. Other top states with significant Asian populations are New York, New Jersey, and Hawaii. Therefore, Asians are bombarded by Democrat propaganda.

Second, historical discrimination and the “outsider” experiences create suspicions and doubts towards political establishments. For example, the “Chinese Exclusion Act of 1882,” was the only law to prevent a specific ethnic group from immigrating to the United States and it was signed by President Chester A. Arthur, a Republican, on May 6, 1882 and was finally repealed by on December 17, 1943. President Franklin D. Roosevelt, a Democrat, ordered the removal of 120,000 Japanese Americans from their lawful homes to concentration camps during the Word War II. Historical events like these leave a bad taste for many Asians. There is also another cultural element in play. America is a young country so for many native born Americans, an event in 1882 is ancient history, but where a Chinese or Japanese thinks of history in a 1000 year increment, 1882 is much more recent. Consequently, many of Asians are left to feel unwelcomed and as if they do not belong to America no matter how far back they can trace their family roots here in America or no matter how long they have lived here. Therefore, the Democrat’s message of embracing diversity, as superficial as it is (because it focuses on diversity of skin colors, not of ideas), still sounds attractive to many Asians, because it gives them a sense of belonging, while the Republicans haven’t done a good job of offering a counter message that equally welcoming.

Third, the cultural influence of the countries of origin still has impact on many first generation Asian immigrations: the top six countries that send 80% of all Asian immigrants to the U.S. are China, the Philippines, India, Vietnam, Korea and Japan. With the exception of India, the other five countries all have long traditions of being patriarchal societies following Confucian teachings. Confucius, a Chinese philosopher from 551B.C to 479 B.C., defined the relationship between government and its people, between the ruler and his subject as a family affair. Confucius believed people should obey and respect their rulers just as they obey and respect their fathers, while a ruler should love and care for his subjects as if they were his children. Under this philosophic influence, although many Asians believe self-reliance and hard work are the only paths to prosperity, many of them believe government has the responsibility to take care of its people, and they are more open to big government as long as there is a virtuous leader to lead it. Like many other ethnic groups, second generation Asians are much less likely to be subject to Confucius’ influence.

For Republicans to win over Asians, it will take time to overcome the geographic limitation and cultural differences. But at the same time, there are things that Republicans have been doing poorly in the past and present that can make a difference now.

First, immigration is one of two top priority issues (the other one is education) that Asian Americans care about the most because Asian Americans are largely immigrants. The Pew Research Center’s research shows 74% of Asian Americans 18 or older were born outside of the U.S. The majority of Asians are legal immigrants who came to the U.S. via either family or employment. Asian immigrants especially dominate the high-skilled labor segment. For example, Indian immigrants represent over 50% of H1B[2] visa holders. Republicans have a tendency to make overly broad statement about all immigrants as a whole, without taking into account the vast differences among different minority groups in terms of income, education and cultural values. For example, Politico.com

Therefore, for Republican candidates to win back the support of Asians, the Republicans need to present a sensible immigration reform proposal and demonstrate their willingness to work on it. A sensible immigration reform proposal should include increasing quotas for high-skilled immigrants and streamlining the legal immigration process to make it easier to navigate. Republicans also need to stop endorsing populists’ call for reducing immigration to preserve jobs for American workers and help raise their wages. This kind of rhetoric is contrary to the principles of free market enterprise, limited government and individual freedom.

Another high priority issue for most Asians is education. There are two aspects in education. For K-12 education, Asian parents often are willing to spend any amount out of pocket to ensure their children receive a first rate education. Not surprisingly, they more often than not will vote for tax increases if they are told it is for educational purposes. Republicans haven’t done a good job of explaining to these concerned Asian parents why the poor performance of public schools is not a money issue and why school choice is a good idea. The other aspect of education which causes high anxiety among many Asian parents and their children is higher education. Many Asians have already known for years that their SAT scores need to be hundreds of points higher than applicants from other ethnic groups to have an equal chance of college admission. The USA Today reports that some Asian youths who have one non-Asian parent now choose not to check “Asian” as their race on their college applications, hoping to avoid discrimination. In November 2014, Students for Fair Admissions sued Harvard and UNC Chapel Hill, claiming that their admissions policies discriminate against Asian students. Discrimination in any shape or form is un-American. So far Republican politicians have been relatively quiet about this issue. To win over Asian support, we need more Republican politicians to take a stand.

Third, Republicans have been doing a very poor job of “showing up” at Asian communities. To many Republicans candidates, minority outreach means outreach to African Americans and Hispanic Americans only. Outreach to Asians has a lower priority, often merely showing up at a Chinese New Year celebration in an election year is considered to be sufficient. In addition, Republicans do a poor job of recruiting Asian Americans at the grassroots level. Being an Asian and conservative is a long journey. When I show up at a Republican Party event, 9 out of 10 times I am the only Asian in the room. Asian Americans put a high emphasis on relationship building for the long haul. To win over Asians’ support, Republican Party representatives and candidates not only need to show up often at a variety of Asian communities and community events, but also need to demonstrate a deeper level of humility and cultural sensitivity. Seemingly harmless questions such as “Where are you from?” or “Where were you born?” can imply the message that “you don’t belong here” if they are asked too many times.

A video titled “what kind of Asian are you?” has gone viral on Youtube.com with over seven million clicks. In this video, a young white American male encountered an Asian female on a trail near San Francisco. He kept asking where she was from, including at one time asking “where are your people from?” he wouldn’t let go until she finally said her great-grandmother was from Korea. Then he immediately put his hands together and bowed, telling her how much he liked Kiamichi (a Korean pickle). I watched this video many times and couldn’t help laughing out loud each time because the same thing has happened to me many times. I don’t think this young man meant any harm but his comments and questions reflect a lack of cultural sensitivity. It is worth keeping in mind that people who are of Asian descent have lived here as long as or even longer than many white Americans. For example, the Chinese started to immigrate to America since 1849 and the Japanese started to immigrate to America in the 1880s. If we go far back enough, it is said Native Americans were migrants from Asia too. There is no indication whether this young man in the video is a Republican or Democrat. To me, it doesn’t matter. Both parties have committed similar cultural missteps. The only difference is that the Democrats get the majority of Asians’ votes in spite of it.

Asian Americans have been and will continue to be the fastest growing ethnic group in America. Republicans have largely ceded Asian votes to Democrats even though Asians and traditional Republican constituents share many similar characteristics and values. I believe Republicans can win back Asian votes if they follow the recommendations listed above. Considering the changing demographics, the Republicans can’t afford not to at least give it a try.

The Responses To This Slate Writer's Call To End Outdoor Masking Tell You All You Need To Know About The Left
Townhall
Sen. Kyrsten Sinema has a not-so-subtle four-letter message in her latest Instagram post (Check out her ring!)
Twitchy
Joe Biden Takes Inane Mask Hysteria to Another Level
Redstate
BREAKING: Three Dead in Austin 'Active Shooter' Incident
PJ Media