Yes, Its Safe for Conservative GOP Christians to Come to Vegas 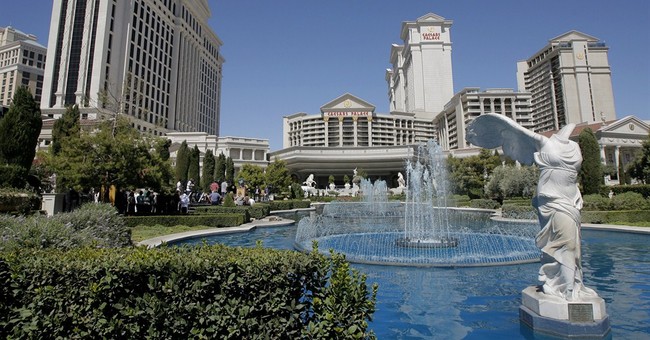 I heard a rumor that some sensitive folks on the religious right are concerned about the possibility of the GOP 2016 convention being held in my beloved hometown, that den of iniquity known as Las Vegas. I have to admit, I’m puzzled. Sure, there’s sin in Vegas, but last time I checked, there was sin in Dallas, Cleveland and even (gasp) River City. Believe it or not, there are hundreds of churches and hundreds of thousands of Christians in Vegas. We can and DO live the same lives people live anywhere. We work, go to school and church, take our kids to ballet and baseball, and live in actual houses. Concerned about the direction our country has taken, we’re doing all we can to reverse the trend.

So our billboards are a little racier than those in some other cities. That doesn’t mean everyone is a stripper. In fact, we in Vegas use those billboards as an educational opportunity to teach our kids about “photoshop”. And don’t worry about those innocent looking girls pictured on the “direct to you” ?iers. They’ve never even been to Vegas.

It seems to me that holding a convention in a town with predictable weather, excellent transportation, affordable accommodations, not to mention world class restaurants and entertainment, IS a conservative value. Why would anyone want to go to another city where you spend far more money than you have to, half your time just trying to reach the venue, or where you can’t get a pizza after 10 PM? I’ve been to many convention cities where those are real issues, and major inconveniences.

The objections voiced in a letter to RNC Chairman Reince Preibus, even though they were voiced by some people and organizations I truly respect, were a bit of a stretch. Merely visiting a town where sin is present does not make one a sinner. All you have to do is wake up each day, even in your own bed, and you’re bound to sin.

Sure, the liberal press will be hiding behind every neon sign, trying to get that incriminating photo of a “family values” conservative, drunk and wearing an Elvis wig. Vigilance is the order of the day. So if you feel your spiritual weakness might cause you the loss of your sanity, family or career during your short stay in Sin City, I recommend the following:

1. Room with an “accountability” partner.

2. Have the “adult channel” turned off in your room.

3. Don’t dine alone with a colleague of either sex. Dine and travel to the venue only in groups.

4. If you can’t resist the lure of a beckoning slot machine or gaming table, walk very fast through the casino. Most of them have clear walking paths, so you can avoid the “snare”.

5. In other words, don’t give the devil a foothold, like you shouldn’t in any city.

In the ancient world, “respectable people”, (the kind Jesus tended to avoid), were forced to pass by prostitutes and other “disreputable people” every day. Somehow some of them managed to follow at least a few of the Ten Commandments every day. Its insulting to the incredible people who live and work in Vegas to behave as if we’re beneath your presence. What does it say about a Christian’s spiritual strength if he or she can’t handle a few days in Vegas without going off the rails? And by the way, no matter where the convention is held, I can assure, you, hookers have frequent ?ier miles they WILL use to get there. If there’s a market, it will be served. Grow up.

We are commanded to be “in but not of”, and that includes convention locations. Shame on those of you who would write off an entire city. I assume that in the future, you’ll all return any donation checks postmarked Vegas? And you certainly won’t take advantage of any political gain you receive via donations from Sheldon Adelson, right?

The GOP has a bit of an image problem. As a social and ?scal conservative, I’ve spent 15 years on air defending traditional values, and trying to dispel the myth that conservatives aren’t stuffy and self-righteous. A GOP convention in Vegas would provide an incredible platform to demonstrate that the GOP isn’t just a party of people who look down their noses at others. We need to be more welcoming, without sacri?cing our core values.

Jesus went where the sinners were. What city needs to hear the GOP message more than Vegas? To paraphrase the Book of John, “Vegas! Can anything good happen there?” The answer is a resounding yes.