Is Donald Trump a Racist?

Harry R. Jackson, Jr.
|
Posted: May 28, 2016 12:01 AM
Share   Tweet
The opinions expressed by columnists are their own and do not necessarily represent the views of Townhall.com. 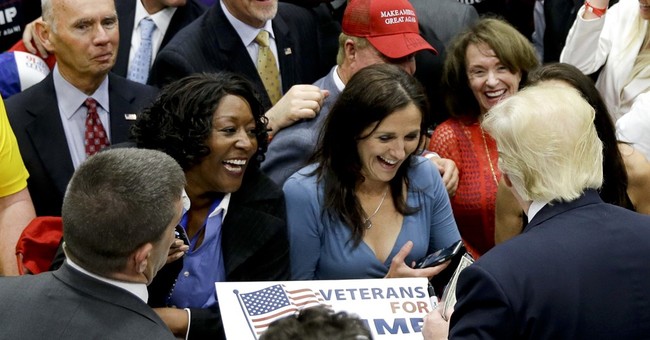 Last week, I discussed the unique position Republicans find themselves in with minorities this election cycle. Their presumptive nominee is exceptionally unappealing to people of color, while the urgency to broaden their party’s appeal is greater than it has ever been. How can the GOP navigate the path ahead without damaging itself with growing voting blocs for generations to come?

There is no simple answer to this question, but if the GOP wants to avoid going the way of the dinosaur, it must think beyond this particular election cycle. Republicans and conservatives must get serious about building relationships with minorities, particularly with leaders in the black and Latino communities. Trust is cultivated over years, not weeks or months, and until Republicans are willing to demonstrate concern that goes beyond short-sighted lip-service, they are resigning themselves to extinction.

At the heart of the GOP’s potential for wider appeal is the issue of faith. On the surface, faith seems to be a topic of waning importance in our nation. Much airtime has been given to the growing secularization of America, with the promise of more to come. Last fall, USA Today declared “America is Becoming Less Religious Thanks to Millennials,” noting that the percentage of Americans who identify as Christians is falling, while the number of Americans who don’t identify with any religion has risen dramatically.

Often ignored is the fact that, particularly worldwide, these trends are true almost exclusively of whites. Millions of white Americans, it is true, appear to be following their European counterparts into a post-Christian era. But that does not mean that Christianity itself is on the decline. In fact, Christianity (along with many world religions) is growing; the majority of Christians worldwide, however, are no longer white, but African, Latino and Asian.

In America as well, blacks, Latinos and Asians remain much more religious on average than whites. According to a recent study by the Barna Research Group, African Americans are more than 20 percent more likely than whites to believe in the accuracy of the Bible and to agree with the statement that the “single, most important purpose of your life is to love God with all your heart, mind, strength and soul.”

For years cynics and strategists have insisted that the religious convictions of blacks and Latinos cannot be translated into voting gains. Party elites—many of whom spend very little time with people of faith—instinctively diminish the importance of religion. But to capitalize on this potential, the GOP must be willing to invest in long term, issue-oriented voter education, and in messengers that will have credibility with those they are trying to reach.

Republicans and conservatives must also make it clear that applying faith to politics means more than just affirming the sanctity of life and marriage, although these issues are very important. They must make a clear case for faith inspiring education reform, criminal justice reform and economic opportunity, and then explain why their method of achieving these things is more likely to be successful than the alternatives.

Is Donald Trump himself a lost cause with minority voters? He may have an opening with some if he can portray himself as a candidate of opportunity and optimism rather than the bleak view of America presented by his opposition. Trump, as a wealthy businessman, can possibly appeal to successful blacks who do not want to be characterized as hopeless victims in need of government assistance. His large personality—with some careful tweaking—could resonate with some. But it is a long shot at best, and it will not happen without much more careful advice than he has been getting so far.

Lastly, the role of the press—both the mainstream media and the “new media” of blogs, talk radio and so on, is central to the GOP’s future potential with minorities. Currently, any insulting comments supposedly conservative talk radio personalities or bloggers make against minorities are quoted endlessly as representative of conservative and Republican sentiments. One of the solutions to this problem is to empower more moderate and conservative minority voices on radio, television and other media outlets. Only when such voices are allowed to gain traction will we see any significant counter-balance to the vitriolic rhetoric that dominates today.

I believe the conservative message and many Republican candidates can resonate powerfully with people of all colors under the right conditions. But creating these conditions will not be the work of a few months. It is an uphill battle, and will take a much longer term commitment. But Republicans will either choose to put in the work in the coming years, or they will find themselves completely irrelevant.