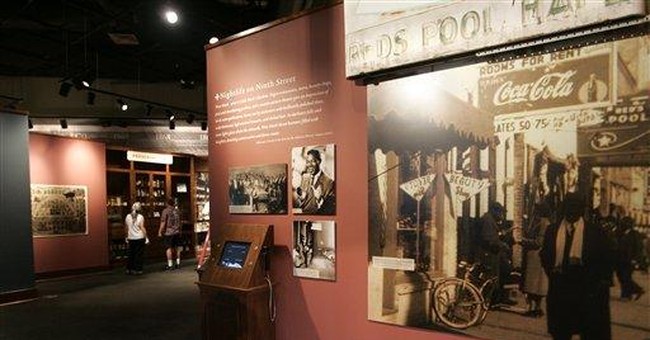 Today’s economic situation has hit my billfold…what about yours? With gas prices soaring and paychecks diminishing, I have been wondering, Who has been eating my piece of the American pie?

Everyone may be experiencing tough economic times, but as usual, these struggles hit some harder than others. According to the most recent numbers released by the Bureau of Labor Statistics, the unemployment rate for African Americans remains a shocking 13%, while black homeownership is at its lowest in almost 20 years. The black unemployment rate in America remains twice that of whites, and nearly three times that of Asians.

As with any bad news, there is plenty of blame to go around. But a far more important question to ask is what can be done to improve the situation now. I believe one answer is a return to the strong, often unsung tradition of black entrepreneurship. When we think of minority owned businesses these days, we tend to picture immigrants, usually Latino or Asian. This perception reflects our current reality: according to a 2008 study Race and Entrepreneurial Success by the University of California Santa Cruz, the rate of black business ownership is far lower than the national average.

Yet this was not always the case: blacks—both slave and free—participated in American commerce going back to the colonial period. Because of slavery and later Jim Crow laws, many African Americans had to establish “parallel” businesses, buying from and selling to other blacks. However this didn’t mean their businesses were necessarily small. During the late 1700s, freed slave Paul Cuffee turned his experience on whaling ships into a transatlantic shipping empire utilizing crews of black sailors. Former Virginia slave Clara Brown founded a laundry service in Colorado during the Gold Rush and used her profits to invest in real estate and purchase freedom for other slaves. During the nineteenth century, inventors and innovators such as Benjamin Banneker, Andrew Jackson Beard, Elijah McCoy, Sarah Breedlove and countless others put their creativity and industry to work with tremendous results.

By the twentieth century, despite persistent racism and discriminatory laws, black income was rising. In fact, it actually grew faster during the decades preceding the Civil Rights movement than it did in the decades that followed. (The U.S. Census only began keeping track of individual incomes in 1940.) As I have written in the past, my own grandfather established a successful small business which enabled our family to leave poverty behind, with each subsequent generation achieving greater success.

Countless black Americans have established businesses of all sizes throughout our nation’s history, but these successes were rarely recognized. In fact, in the early part of the twentieth century, African American sociologist E. Franklin Frazier dismissed the importance of black entrepreneurship as a “myth.” He contended that the amount of money earned by blacks in their own businesses was too small to lift them out of poverty.

Although he never documented his assertion, many leaders took Frazier’s words seriously and it became conventional wisdom that blacks lacked a strong entrepreneurial tradition. The only way for blacks to make progress, they thought, was to work for others, particularly the federal, state and local government.

When looking at black employment patterns in the later part of the twentieth century, Frazier’s assertion seems almost a self-fulfilling prophecy. After the Civil Rights Movement, many blacks did find success working for the government at various levels, and public agencies are now the single largest employer of black men. Unfortunately, the burgeoning national debt—nearly $17 trillion as of this writing—has forced some cutbacks, however small. These have predictably hit African Americans the hardest. While some have used this reality to argue against any spending cuts whatsoever, the fact remains that the government does not have limitless money and cannot employ all the blacks who currently need a job.

I believe a return the entrepreneurial roots of black America is just what the doctor ordered. Not only is business ownership one of the best ways to build wealth, but black-owned businesses generate employment in black communities, where it is needed the most. I am not advocating that blacks separate themselves from the mainstream economy, but rather that they take control of their own economic destinies. There is certainly risk involved in any business venture, but starting small and building gradually can mitigate that risk.

Of course today’s entrepreneurs will look different from the success stories of the past. Many successful small businesses today are in information technology, computer programming and other STEM fields. Organizations like Black Girls Code are devoted to giving African Americans the skills they need to compete. And according to Forbes, black and Latino women make up the fastest growing entrepreneurial segments in America today.

America’s economic strength has always been based on the creativity and hard work of its people. It is harnessing that innovation and industry that will turn the current recession around. We must support efforts to give our young people the skills and habits they need to be a vital part of the next small business boom. Let’s make a new American pie that can feed our future!