Is "Off the Record" A Reality? 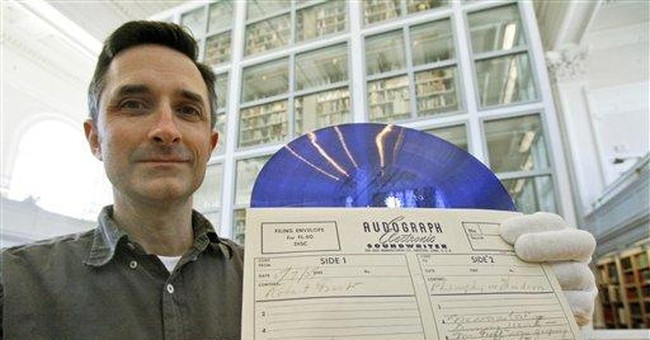 We all do things that we would want to be considered “off the record” – that is words we have spoken that we really wouldn’t want repeated. Now that I host a daily live radio show, I find that I have to be very careful to only make comments that I would want and encourage my listening audience to repeat elsewhere.

Recent revelations about the extent that the National Security Agency has been tracking the calls, movements, and online activity of everyday Americans have revived the ongoing debate over privacy. Furthermore, in an era of high resolution cellphone videos, very few comments or conversations can truly be considered “off the record,” no matter what the speaker’s intent. Most of us believe we have a right to keep some things to ourselves, but what happens when technology makes the private increasingly public?

So far, we can observe a variety of consequences. Since the Clinton Administration—which famously coined the phrase “the politics of personal destruction”—we have been treated to new scandals of varying degrees on nearly a daily basis. It’s a familiar tune: various politicians, athletes or other celebrities get caught doing or saying things that are not compatible with whatever image they have portrayed to the public. The audio or video goes viral and careers are made and ruined in the process.

Certainly the public’s appetite for the salacious has expanded to accommodate the growing supply, and this reality has undoubtedly driven many worthy people away from public service. But all this technology hasn’t altered human nature; it has merely exposed what has been there since the beginning of time. And as the Spartans learned long ago, greater surveillance and more rules do not change hearts. Greater supervision doesn’t increase integrity, because integrity is a quality of the heart.

Performing an integrity self-check is very simple: does your private life demonstrate faithfulness and purity? Do you exercise control over your emotions and behavior? Are you confident that your choices are moral and right? People who can answer yes to these questions don’t need to be watched all day to ensure they stay out of trouble, do their jobs well and fulfill their duties to their families.

The idea that greater supervision will yield better behavior remains at the heart of many policy initiatives, in realms from education to public health. Many companies and even entire nations have experimented with various forms of surveillance to try to increase output. But where do effective education, good health and economic productivity come from? I believe they come from the integrity of individuals, undergirded by good habits which often are formed in childhood.

Over the last few years, neuroscience has confirmed that our daily habits shape our lives more than we could have ever imagined. Our brains actually depend on habit loops—series of cues, routines and rewards—to function in our extremely complicated world. Imagine if you had to think through every tiny step in the process of brushing your teeth or tying your shoes: your brain would become overloaded trying to cope. Yet you can do those things without even thinking because your brain has automated those tasks: they have become habits.

The problem is that our brains can automate destructive habits as easily as they automate good ones. That’s why many people watch television, eat junk food and fail to exercise without making a conscious decision to do so. Much of what you do today is the result of habits you formed long ago. Over time, those habits have shaped your character. In that sense, we are all self-made men or women.

It is always tempting to believe that our problems are someone else’s fault. But the fact is, most of our problems have their roots right where we live, in our own hearts and minds and in our own behavior. Factors beyond our control can play havoc with our plans. Yet if we are really honest about it, the best solutions come from taking a look at what is going on inside. This is actually good news, because habits—as powerful as they are—can be changed.

One of the reasons that regular church attendance (as I have written before) has such a powerfully positive effect on at-risk youth is that it presents them with an opportunity to develop more productive habits. Almost everyone supports higher education standards for these children. But while more testing may be an important part of such reforms, testing alone will never inculcate students with better study habits. We all want to improve the health of the general population, but early screenings, while important for treatment, won’t give patients better eating habits and exercise regimens. That is why communities of faith can and must play a vital role in addressing the variety of social problems we face today.

Stricter laws and greater surveillance are a mixed bag: they may afford us greater security, but they may also tempt our lawmakers to abuse their authority. Either way, such measures will never remake the human heart. That can only be done by God Himself, and it is best lived out in a community that seeks to please Him. Let’s let our words and deeds live up to God’s standard.