Religious Tolerance Is Not Hate 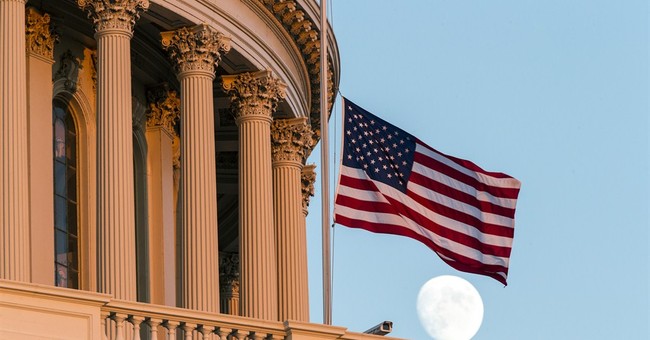 In my new book, You Were Born for More, I give spiritual principles that will help any believer to have courage in an overwhelmingly negative environment and it will help them take a confident personal stand when persecution, mean-spiritedness and ridicule come their way. Why do we need these spiritual and emotional skills? Let me give you an example.

Recently, many Christians were alarmed to learn that military leaders had begun classifying mainstream Christian organizations such as the American Family Association (AFA) as “domestic hate groups,” comparable to the Ku Klux Klan. The briefing in question took place at Camp Shelby (Mississippi) in early October. What has happened in the last few years to bring about such confusion in an arm of our government which has traditionally honored God unapologetically?

There is much confusion over what we mean when we talk about America’s Christian heritage. For some, the words conjure up images of strict social norms and puritanical moral codes, while others may point to slavery and segregation as trump cards, negating their meaning. In reality, America’s Christian roots can be best understood as an experiment in human liberty, based on the idea that God created people to be free. Before the American Revolution, humans had almost always been ruled by hereditary kings or military strongmen. Outside of nomadic tribes and small-scale tribal confederations, to live in a settled “nation” meant to be ruled.

As the modern nation-state emerged, standing armies and guarded borders became the norm. Most assumed that a king or emperor had to be at the helm for a country to fend off invaders and protect its people. Could a nation survive if it allowed its citizens the freedom and responsibility to govern themselves? This was the question the framers of the Constitution hoped to answer in the affirmative when they gathered in Philadelphia to sign our founding documents.

From the very beginning, these leaders saw religion as an indispensable part of America’s survival. If humans were not being ruled by a king, they would need an internal system of restraint to rule themselves. In fact, John Adams spelled this out very directly when he proclaimed, “Because we have no government, armed with power, capable of contending with human passions, unbridled by morality and religion. Avarice, ambition, revenge and licentiousness would break the strongest cords of our Constitution, as a whale goes through a net. Our Constitution was made only for a moral and religious people. It is wholly inadequate to the government of any other.”

Of course the American experiment was never carried out in ideal conditions. It took several decades before our laws lived up to the Biblical principle that humans of all races and genders are bearers of God’s image and thus worthy of the equal protection under the law. But those who fought for abolition and suffrage were able to do so peacefully by calling America to live up to its own standards: ideals that were rooted in unchanging Biblical Truth.

Religious toleration—the ideal that the military doubtless thought it was upholding when it condemned AFA— was always part of the American experiment. After all, many of the early settlers had been previously persecuted for practicing their faith differently from the majority. But “religious toleration” never meant that that the state was to be agnostic, and the principle of institutional separation of church and state never meant that God was to have no place in public life. American Atheists are free not to believe in God, but they are still bound to a system that recognizes God, not man, as the source of human liberty.

Americans have traditionally believed that as long as our nation remembered to honor God, we would remain “a shining city on a hill.” When we began removing any mention of God from our public life, stripping every reference to God and the Bible from our schools, we began a slow and painful descent into chaos. It is not that the invocation of God’s name is a magic spell that protects us from harm. Rather the acknowledgement of God is a public reminder of the shared principles and values that all Americans were supposed to practice, to teach their children and to hold dear to their hearts. Without such restraints, the cords of our Constitution begin to unravel, just as President Adams warned.

Our nation and world are in the middle of an age that is both infinitely promising and profoundly terrifying. Humanity is finding new cures for diseases even as it discovers new ways to kill; we are gaining greater knowledge and understanding while we seemed more plagued by ignorance than ever. Economies, political structures and belief systems are being shaken and tested.

If we are to have any hope of restoring our nation and regaining our confidence and security, we will need to remember what made us great in the first place and regain our trust in Him. Our coins say “In God we trust,” and so should our hearts. It is only because of the wisdom and grace of God that so great a nation came into being in the first place, and we will need His sovereign guidance if we are to survive.