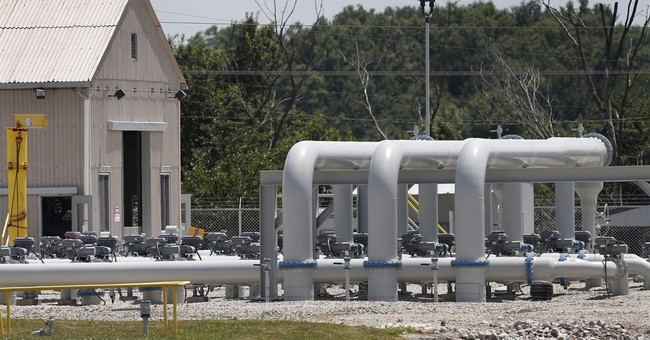 I don’t know about you, but I have learned not to listen to doomsday predictions. Most are founded on partial truths or assumptions. Remember all those doomsday predictions that oil was about to run out? My generation can easily recall the oil embargo of 1973, huge lines for gasoline, and the dire warning from President Carter that oil wells “were drying up all over the world.” At the time, many experts believed that all known petroleum reserves would be depleted by the year 2000.

Energy alarmism is nothing new. In fact, many European authorities predicted during the 1700s that the continent would run out of coal. Although their coal production has indeed slowed tremendously, there remain billions of tons of un-mined coal in Europe. Such errors remind us that even the most brilliant scientists have a lot to learn about what lies below the surface of our planet.

Far from being on the brink of a true energy shortage, two relatively new discoveries open up the possibility that affordable, abundant energy lies in our foreseeable future. Crystalline natural gas (known to scientists as methane hydrate) can be found in tremendous quantities underneath the ocean. In layman’s terms, methane hydrate is ice that can be burned for fuel. Known to scientists since the 1970s, recent improvements in drilling technology make harvesting this rich, clean fuel source a realistic prospect.

I have also written in the past about the technique known as hydraulic fracturing or “fracking”: a method for releasing oil and natural gas from shale or rock several thousand feet below the water table. The technology itself is several decades old, but it has been used increasingly in combination with improved drilling technology to utilize previously inaccessible energy deposits. The great news is that these immense deposits lie under American soil, putting energy independence within our reach.

Fracking has already revitalized the economy of North Dakota, which now boasts the nation’s lowest jobless rate (3.2%) and posted a record $1.6 billion surplus last year. North Dakota’s economy has outpaced every other state in the country since 2009, and it has been attracting workers from all over the country, some of whom had been unemployed for years.

You would think that the prospect of affordable, abundant energy would be welcomed by everyone. After all, the poor spend a disproportionate percentage of their income on home heating and transportation, and lowering energy costs would lower the prices of food and other essentials. New, clean energy sources would vastly improve the quality of life for the poor in America, not to mention the parts of the world which remain subject to the extremes of heat and cold and the problem of rotting food.

But while the overwhelming majority of humanity will benefit immensely from affordable, abundant energy, a few special interest groups are determined to make trouble. They stand to lose trillions of dollars to these new advancements, and they will do anything to hinder their progress.

Climate alarmists and radical environmentalists are already up in arms about both fracking and methane hydrate. They have slandered the practice of fracking, erroneously claiming that it pollutes groundwater. This myth persists, despite an admission from Environmental Protection Agency spokesperson Lisa Jackson that, “In no case have we made a definitive determination that the fracking process has caused chemicals to enter groundwater.” The EPA actually tested water in North Dakota supposedly contaminated by fracking, and found it to be perfectly safe.

Climate alarmists are deeply worried about the potential of methane hydrate as well. Natural gas does release some carbon dioxide when burned, although far less than oil or coal. But environmental extremists are being forced to explain the now widely accepted data that demonstrates that global warming has mysteriously stopped. Even the New York Times admitted recently, “The rise in the surface temperature of earth has been markedly slower over the last 15 years than in the 20 years before that. And that lull in warming has occurred even as greenhouse gases have accumulated in the atmosphere at a record pace.”

The second set of losers in the new energy game would be countries whose economies are largely based on petroleum exports: Russia, Venezuela and much of the Middle East. It should come as no surprise to anyone that the anti-fracking propaganda movie Promised Land (starring Matt Damon and John Krasinski) was funded by the United Arab Emirates. No one should speak lightly of the collapse of national economies and the political turmoil that would likely follow. However, American energy independence would still be an undoubtedly positive development. And perhaps the millions who yearn to be free will find hope if their dictators are no longer propped up with oil wealth.

So in the midst of a struggling economy and an uncertain geopolitical landscape, there is much cause for hope. Let us pray our leaders do the right thing by allowing these advances in energy to bring relief and prosperity to billions.