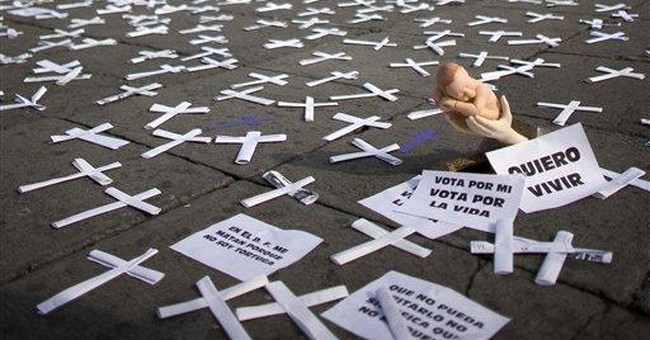 “We encourage free speech and defend everyone's right to express unpopular points of view…” This statement can be found on YouTube's Community Guidlines page, and  in general this statement holds true. Take, for example: the animalistic view of women that rappers promote amongst the youth of this nation, or the violent street fighting clips that develop fanbases. These videos are popular because they raise some level of controversy, and aren't considered “socially” acceptable in America.

There are no educational benefits to such crude videos, and they are in no way bettering American society.  If anything, they are encouraging the corrupted to continue with their tactics.  Only when major controversial institutions, themselves, are challenged does YouTube seem to have an allowance problem. The truth and prospect of justice seems a bit much for the YouTube kingdom to handle, and that is why YouTube is habitually banning videos posted by UCLA Law Student James O’Keefe.

A young lawyer in training, full of prospects and dreams, O’Keefe takes no prisoners and calls things as they are.  Currently, he has his sights set on unveiling the deep-rooted  prejudices of Planned Parenthood.  O’Keefe, and other dedicated students, are tackling the American abortion industry, by revealing the basis of its existence. Although Planned Parenthood may advertise itself as a place to abort/destroy the lives of innocent babies, it happens to be far more than that.  Planned Parenthood’s founder, Margaret Sanger was a massive advocate of negative-eugenics, and made the spread of “race-hygiene” a personal goal of hers.  In her book, The Pivot of Civilization, she says that, “each feeble-minded person is a potential source of endless progeny of defect; we prefer the policy of immediate sterilization, so that parenthood is absolutely prohibited to the feeble-minded.”

That right there is a head tilter and, ladies and gents, all O’Keefe wants to prove is that Planned Parenthood hasn’t strayed far from its Hitleresque roots.

In the summer of 2007 O’Keefe made phone calls to several Planned Parenthood clinics across the country.  He only made these phone calls in states where it is legal to audio record without the other party's consent (i.e. Ohio, New Mexico, Idaho, Oklahoma). During the course of these calls, O’Keefe posed as a donor who expressed his desire to give money to Planned Parenthood. He would do so as long as they could guarantee his money would be used for the abortions of black babies, and went on to express his "belief" that there are just too many black people around. Every Planned Parenthood clinic he called assured him his wishes would be fulfilled.  O’Keefe says, “This only confirmed the evidence of Planned Parenthood's eugenic ideology is consistent with the agenda of their founder, Margaret Sanger.”

For seven months, videos produced broadcasting these racist calls where posted on YouTube. They were the most popular videos, under the Planned Parenthood category.  But on the night of Barack Obama’s speech at the Democratic National Convention, these embarrassing video clips were taken down from YouTube. No explanation was given to O’Keefe or the producers of the videos, as to why four of their clips were removed.  All that was left in their place was the statement "terms of use violation" due to "inappropriate content."

Even if these videos violated the terms of use and actually contained inappropriate content, why were they removed seven months after their postings?  Truly offensive materials would have been flagged immediately and the YouTube Community Guidlines claim that “YouTube staff review flagged videos 24 hours a day, seven days a week.”  Why the sudden removal? And what’s up with the lack of notification?

And as far as inappropriate content: there was NO nudity, drug abuse, animal abuse, bomb making, dead bodies, copyright infringements, threats, hate-speech or spam in these video clips.  Yes, it is shocking to hear administrative assistants, directors of development, and vice presidents of various Planned Parenthood clinics across the nation gladly accept money and comply with racist requests.  But its also shocking to see women in lingerie wrestle hairy men in hotel rooms, and have nightclub scenes posted where 90 percent of the video is dedicated to filming up ladies skirts.

Superficial garbage doesn’t encounter too much resistance from the YouTube community, or the current culture.  It is downright shameful that the legitimate investigative work of O’Keefe, and other journalists championing the truth, is shunned.  The mainstream media hardly touched the mere occurrence of O’Keefe’s racist phone calls, let alone the fact that Planned Parenthood complied with his racist wishes.  YouTube is an outlet for people to voice their opinions and share information that is otherwise hard to come by.

After all, who would know that the founder of Planned Parenthood was an avid racist and sex fiend.  Or that even though Margaret Sanger never physically reproduced, her ideas spread far and wide, and developed into a billion-dollar American industry responsible for the death of approximately 4,000 babies a day.

O’Keefe is chasing down a story, he has done his research and he is getting results.

If YouTube does not legitimately explain itself to O‘Keefe and the pro-life community, then it needs to immediately stop the continuous ban on his videos, and cease and desist its hindrance of potential world changers.  In case YouTube wasn’t aware, double standards don’t fly in this country.  And in America, discrimination based on one person’s desire to spread the truth, has never met a quiet end.