Hank Adler
|
Posted: Apr 02, 2016 12:01 AM
Share   Tweet
The opinions expressed by columnists are their own and do not necessarily represent the views of Townhall.com. 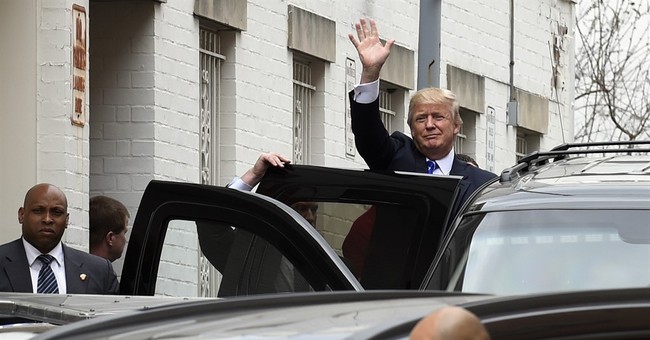 Harry Reid once famously said of Mitt Romney: "As we know, he has refused to release his tax returns. If a person coming before this body wanted to be a Cabinet officer, he couldn't be if he had the same refusal Mitt Romney does about tax returns. So the word is out that he has not paid any taxes for 10 years. Let him prove he has paid taxes, because he has not."

Who knows what Harry Reid has to say about Donald Trump's tax returns, but I have my guess: My guess is that Donald Trump through 2014 was an alternative minimum taxpayer with an income tax rate of 2.8% on his current year income plus his social security and Medicare taxes. There is very little I like about Harry Reid, but I concur with a part of Senator Reid's statement as it relates to Mr. Trump: "Let him prove he has paid his taxes."

Why won't Mr. Trump release his tax returns? We are left with educated guesses. My guess: Mr. Trump is fairly close in reality to what Senator Reid said about Mitch Romney. It has probably been years and years since Mr. Trump paid any significant income taxes in the United States. Why? Because he probably has lost lots of money on bad business deals and his tax returns properly reflect those losses.

The Internal Revenue Code allows individuals to carry over (take unused losses from prior years) and offset those losses against current and future income. This is an eminently fair law because in some years one might have business success and the next year, not so much. The losses carry forward for twenty years. When an individual has significant prior year losses, for alternative minimum tax purposes, the taxpayer can only offset his income with ninety percent of prior year losses. That leaves the taxpayer who has prior losses with an effective Federal income tax rate of 2.8% on his current income.

Obviously, no one would expect Mr. Trump to have completed his tax returns for 2015 by April of 2016 because he has such a complex and complicated organizational structure. (Reviewing other Federal filings, it appears that virtually every investment Mr. Trump has made in the last decade is organized so that if the entity ultimately declares bankruptcy, the creditors will not be able to pursue Mr. Trump or Mr. Trump's other assets unless a fraud has been committed. This is basic business planning and there is nothing nefarious about such organizational planning.)

Trump Casinos and Resorts went bankrupt in 2004. Trump Entertainment Resorts went bankrupt in 2009.  Then there were Trump Shuttle, Trump Vodka, Trump Mortgage, Trump The Game, and who knows if the prior marriages resulted in continuing alimony payments. Each of these events likely produced significant tax losses which eliminated or reduced his current and then future tax obligations.