He Is Building A Bigger Republican Party

Hank Adler
|
Posted: Feb 28, 2016 12:01 AM
Share   Tweet
The opinions expressed by columnists are their own and do not necessarily represent the views of Townhall.com. 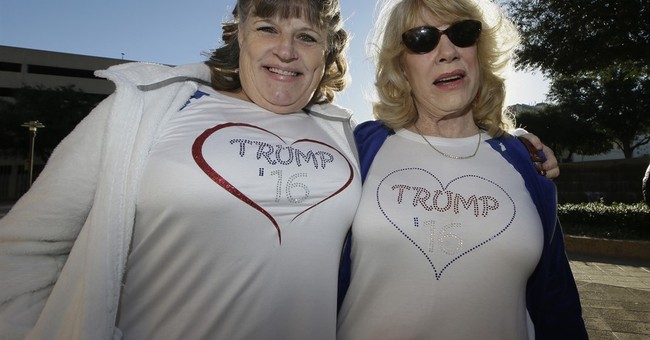 Last week, Donald Trump famously stated: “building a much bigger, much stronger Republican Party.” Maybe he is right, but the Republican Party is potentially going to be led by Donald Trump who has had very little good to say about current and former elected G.O.P. officials. Whatever he is building is not going to include a significant share of current Republicans.

This week, Mr. Trump indicated that "One of the things I'm going to do if I win... I'm going to open up our libel laws so when they write purposely negative and horrible and false articles, we can sue them and win lots of money."

There are a few things Mr. Trump seems not to understand. The first of which is that if he wants to change any law, he needs to have someone introduce a bill in Congress and then have Congress approve the law. Below is a list of just a few recent insultees. Where and how Donald Trump thinks he is going to get support to change any laws or do anything if he is elected President of the United States is a mystery.

If one insults everyone who has ever disagreed with him, it is hard to imagine any of those individuals ever considering supporting Donald Trump or any policies or programs he brings forward.

Years ago, the Kingston Trio performed a song entitled The Merry Minuet:

This whole world is festering with unhappy souls
The French hate the Germans, the Germans hate the Poles
Italians hate Yugoslavs, South Africans hate the Dutch
And I don’t like anybody very much

This "Bigger Republican Party" appears intent to hand the nuclear button off to someone who doesn't like anybody very much.