Cynical Not To Have A Plan 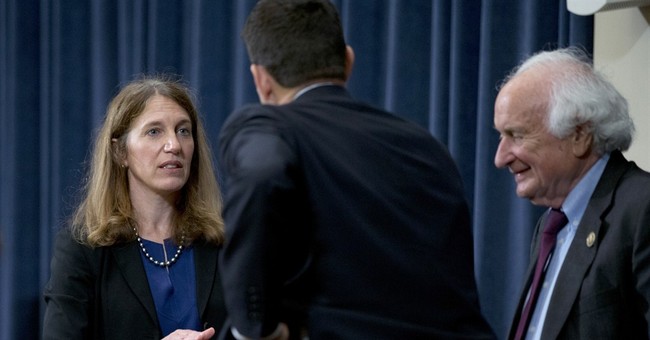 This week, the President resorted to name calling in an effort to influence (intimidate) the Supreme Court of the United States to rule in favor of the government in King v Burwell. As most readers know, this case will be reported by the Supreme Court before the end of June and will possibly determine the ultimate future of Obamacare. The President provided a fairly classic rhetorical flurry of words: “There’s something deeply cynical about constant efforts to roll back progress. I understand folks being worried before [ObamaCare] was passed and there wasn’t a reality there to examine. But once you see folks having health care, you’d think it’d be time to move on.”

Sometimes it is appropriate to resort to Merriam-Webster's Dictionary to define words: Cynical: "believing that people are generally selfish and dishonest".

There are important polls available that show an incredible lack of support for Obamacare. Rasmussen reports that only 37% of likely voters support mandatory healthcare insurance and 52% specifically oppose mandatory healthcare insurance. As one starting point, hopefully no one, including the President of the United States believes that more than half of the people who elected him are generally "selfish and dishonest".

As to whether Obamacare is "progress" or is working certainly falls into the opinion category and not the fact category. At a minimum, (1) the net low enrollments relative to initial forecasts, (2) the clear massive price increases in the near future, (3) the future implementation of the Cadillac tax, (4) the loss of the ability to continue with the same doctors or insurance policies as promised, (5) the loss of full time jobs by Americans because of mandated health insurance for employees working more than thirty hours per week, (6) the continuing increased costs of implementation of Obamacare including failing state exchanges and (7) the clear infringement on the right of an individual to select his or her own level of coverage or to opt out of health insurance coverage are issues that someone neither selfish or dishonest would consider in whether Obamacare is a good or bad idea.

As to King v Burwell, the Supreme Court may or may not stretch to rule in favor of the President. Missing that law degree, I read the law as it was written and can only determine that if law says that the Federal government can only subsidize taxpayers' health insurance if the state has an exchange, that is the law.

What is cynical is not having a plan for moving forward if the Supreme Court does rule against the government in King v Burwell. Both Congress and the President are irresponsible if there is no plan in place to deal with the elimination of the state exchanges.

If as reported by the press, the lack of plans to provide any solution if King v Burwell goes against the government is the result of (1) the President of the United States hoping to gain political advantage for a decision of the Supreme Court and (2) the Congress being ready to pounce on the Democrats because Obamacare was entirely their idea and not a single Republican vote or idea was included, then the word cynical was correct, at least in part. That part is selfish. Selfish here would be defined as being more concerned with finger pointing than legislating.

If there are truly no back-up plans, shame on the President and shame on Congress. Elected officials may of necessity be politicians, but there are times where it is essential to both be ahead of the curve and to actually govern on behalf of their constituents. The reality is that the President should long ago have completed a plan and offered it to Congress on how to go forward if King v Burwell does not go his way and Congress should have long ago completed (and actually perhaps passed) a plan that would be ready for implementation by the first week of July. Those actions would not be the actions of cynical politicians; those actions would be the actions of statesmen.