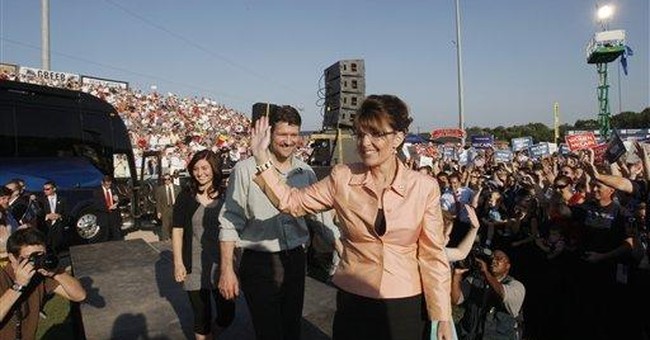 Note: Earlier this morning, this column was incorrectly attributed to Hugh Hewitt.

Senator Obama’s first public show of male chauvinism was in Detroit in May. Detroit reporter Peggy Agar asked a question about help for local autoworkers and received this response from Senator Obama: “Hold on one second sweetie”; he also ignored her question.

This is not the audacity of hope; this is the audacity of arrogance. In the dictionary, under male chauvinism, we can place a picture of Senator Obama describing a governor as a “fine mother”. This gives condescending new meaning.

Sarah Palin’s governmental experience seems very similar to that of Jimmy Carter. I do not remember anyone referring to Jimmy Carter, the one term governor of Georgia, as an obviously FINE FATHER and an up and coming public servant when he was the Democratic candidate for the Presidency.