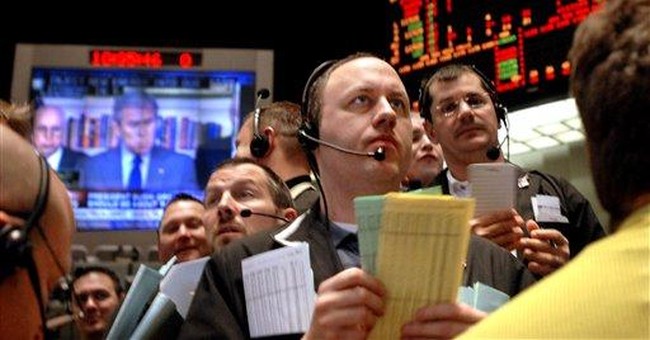 H.R. 25, the legislative proposal inappropriately named the FairTax, would eliminate the Federal income tax and replace it with a national sales tax. It is axiomatic that if enacted, those individuals who have saved money during their lives would be faced with double taxation. (Under the Fairtax, someone who earned $1000 and paid income taxes of say, $250, would find his remaining $750 subject to a 30% sales tax on all retail purchases.)

Generally, when commentators have pointed out the above fact, they have been met with either personal attacks or nonsensical economic gobbledegook. Recently, Bruce Bartlett, a former deputy assistant secretary for economic policy in the George H.W. Bush administration wrote a treatise entitled “Why the FairTax Won’t Work” in a noted tax publication. In that same publication, a week later, Laurence Kotlikoff, who appears to be the lead economist speaking for Americans for Fair Taxation, responded. Mr. Bartlett’s statement with respect to double taxation and Mr. Kotiloff’s response are as follows:

(The Fairtax) penalizes those late in life who have saved for their retirement during an era when saving was heavily penalized by the income tax. But rather than being able to spend their savings tax-free, as they anticipated, they will now have to pay sales taxes on everything they buy, including health care. It will be hard for them to avoid seeing this as a double tax.

Bartlett suggests that it would be unfair to force wealth holders to pay extra taxes when they spend their wealth (principal). He might have added in his defense of the rich that most of the rich are older and that we should tread lightly with respect to the elderly.

Well rich members of today’s older generations may be a concern of Bartlett. They aren’t a concern of mine. Our country has spent the past five decades transferring ever greater sums from young workers to contemporaneous older generations, including extremely wealthy members of older generations. The most recent example his the introduction of Medicare Part D’s prescription drug benefit. This transfer to current and near-term elderly has a present value cost of some $10 trillion.

The above confirms that supporters of the FairTax understand and acknowledge that the Fairtax would cause anyone that has saved money during their lifetimes to face double taxation. (Mr. Kotlikoff’s extensive prior writings are consistent with his above paragraphs. Perhaps his most interesting paper is his short presentation in 2001 entitled: “The Case For a Tax Hike”.)

While it is the contention of both myself and Mr. Bartlett that the rich will undoubtedly be the mega-beneficiaries of the proposed FairTax, Mr. Kotlikoff’s acknowledgement that there would be double taxation to anyone, rich or poor, who saved money for their retirement is of great importance.

Older generations are and should be a concern of most Americans. Endorsing a tax plan that penalizes Americans who have saved money for their retirement is a pretty interesting position. Penalizing older Americans with double taxation because the government has determined to subsidize medications that keep them alive is, well, a bit beyond the pale.

The double taxation element of the proposed Fairtax is not an issue solely for the rich. It is an issue for anyone with any savings, including and particularly for the retired individual who has been responsible and saved for retirement. It is not an issue which is ameliorated by a monthly prebate of $188.00 which theoretically covers taxpayers at the poverty level; having income $1.00 beyond the poverty level does not make one rich.

The very thought of subjecting the savings of responsible social security recipients to double taxation on their savings should be a notion which is repugnant to Americans.