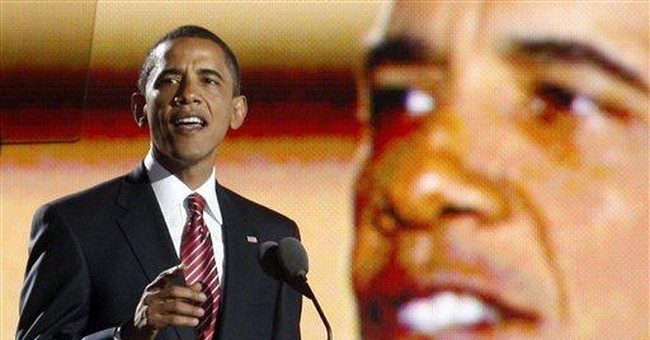 Eighty-five thousand cheering fans.  Pyrotechnics.  A dramatic, temple-style backdrop.  Such was the scene in Denver Thursday night as Barack Obama accepted his party’s presidential nomination with “great humility.”  As his deep voice reverberated throughout the massive venue, thousands of eyes welled up with tears of hope and change.  In the sea of faces and waving flags stood a woman by the name of Marilyn Katz.  Like several of the other radicals who populate Obama’s sphere, she once advocated guerilla tactics against police officers and participated in violent riots.  Unlike some of her more infamous counterparts like Bill Ayers and Bernadine Dohrn—who are in self-imposed exile until November 5—Katz is deeply, and officially, involved in Obama’s presidential campaign.

In 1969, an undercover policeman named William Frapolly took the stand at the infamous “Chicago Seven” trials.  Prosecutors asked him to describe his collaboration with organizers of the violent protests that roiled the previous year’s Democratic National Convention.  Frapolly testified that on one chaotic night in Lincoln Park, Ms. Katz briefed a group of protesters on a new addition to their arsenal of anarchy: Guerrilla nails.  “She had two types,” he recounted.  “One was a cluster of nails that were sharpened at both ends, and they were fastened in the center.  It looked like they were welded or soldered.  She said these were good for throwing or putting underneath tires.”

Katz wasn’t just an aggrieved foot soldier in the anti-war movement.  She was the head of security for the Students for a Democratic Society (SDS), a hardcore leftist cabal from which Ayers’ militant Weathermen organization splintered away.  As the SDS security comrade-in-chief, Katz was intimately familiar with the group’s extreme tactics, which were employed repeatedly in clashes with authorities.  Four decades later, Katz has traded in her guerilla nails for manicured nails, and is actively working to elect Barack Obama president.

To be clear, Katz never graduated to the bombs and bullets approach of Ayers, Inc. She also seems to have grown up a bit since her SDS glory days and has cultivated a political consulting career in Obama’s hometown.  Katz has not, however, abandoned her left-wing ideology.  She was one of the principal organizers of a now-famous 2002 antiwar rally at which Barack Obama followed through on the “most gut-wrenching decision” of his entire life by publicly warning against Iraq’s liberation.  Katz has since described the event as Obama’s “coming out…as a public speaker.” This, of course, is not to be confused with his original political coming out party at the Ayers residence in the mid 1990s.

Ever since Obama decided to run for president, he’s been doing his very best to dismiss, deny, and obfuscate his longtime relationship with Ayers and Dohrn.  After all, mainstream politicians don’t often have close working relationships, let alone friendships, with people who once declared war on the United States government.  Katz, on the other hand, appears to have been welcomed into the Obama presidential campaign with open arms.  She serves on his national finance committee, she is listed as a fundraising “bundler” on his website, she has hosted fundraisers for him, and she has personally donated thousands of dollars to the cause.  Katz also traveled to Denver as part of the Illinois delegation last week, serving as a member of the credentials committee.

There are so many objectionable figures in Obama’s social milieu, new revelations about yet another garden variety radical may elicit shrugs at this point.  How have we arrived at such a place?  His supporters have made it clear that his close ties to unrepentant terrorists—unrepentant terrorists—are no big deal.  In fact, those who raise concerns about the Obama-Ayers nexus are labeled vicious neo-swiftboaters.  So perhaps it follows that someone who preferred lobbing guerilla nails at police over planting pipe bombs in federal buildings would be integrated into Obama’s official campaign apparatus without so much as a second look.  Maybe her slot on the national finance committee was a long-delayed reward for her admirable show of restraint.

When Ayers first became a political liability for Obama, the Chicago Sun-Times ran a story entitled, “Who is Bill Ayers?”  In case any readers were foolish enough to think the Ayers connection was a big deal, a voice of reason was quoted to set them straight.  “What Bill Ayers…did forty years ago has nothing to do with” Obama’s presidential run.  The source went on to detail Ayers’ wonderful work in the field of public education.  Who was this great moral authority?  Why, Marilyn Katz, of course—identified as a “political strategist” and a former member of the “peaceful” Students for a Democratic Society.  Leave it to the mainstream media to quote Ms. Guerilla Nails declaring that Mr. Wish-I-had-done-more’s bombings should be irrelevant, while adding that he’s really a swell guy these days.  How reassuring!

During a break in the cheering on Thursday, Obama chided his opponents for making a “big election” about “small things.”  This was a clear reference to the mini-scandals (Ayers, Rezko, etc.) that continue to nip at his ankles and threaten to become larger headaches.  If only those right-wing hatchet men—to borrow an attack line from Team Obama—would quit mentioning that he’s abided some of America’s most subversive domestic detractors for much of his adult life, he could get on with the people’s business of caring for the sick, slowing the rise of the oceans, and healing America’s soul.

One can only assume that Marilyn Katz applauded this line from Obama heartily.  If the “small things” like Obama’s alarming associates and hard left voting record can be taken off the table, his path to the White House will be a cakewalk.  There, he and his longtime allies could begin to do some truly big things.

Joe Manchin Takes to the Senate Floor...in the Middle of Biden's Press Conference
Katie Pavlich
'It All Depends': Biden Sows Doubts About Midterm Election Legitimacy
Spencer Brown
Chip Roy Has a Message for Fellow Republicans on DC Vax Mandate: 'You Either Believe in Freedom or You Don't'
Rebecca Downs
'Gas Up the Jet': Bernie Sanders Acolyte Urges Biden to Go to War with Manchin and Sinema
Matt Vespa
AP Referred to a 'Deadly Christmas Parade Crash in Waukesha' in Piece About Jill Biden's 'Healing Role'
Rebecca Downs
Do Democrats Care About Young Women Being Murdered at Work?
Katie Pavlich