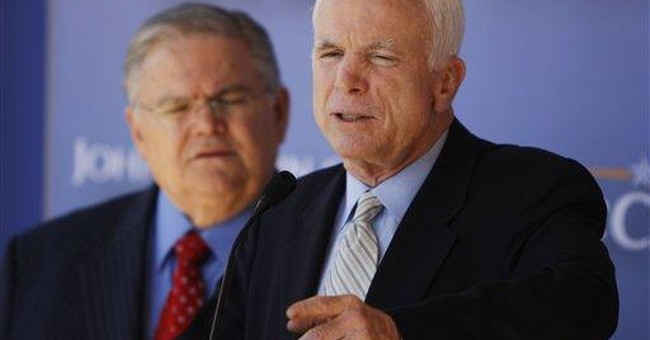 It's been a rough few weeks for mainstream American journalism. The self-appointed gold standard of print journalism and one of the nation's top journalism schools have each descended into scandal, and in both cases, anonymous quotations play a central role. Surely the editors of The New York Times and the Dean of Northwestern University's Medill School of Journalism are aware that publishing controversial information based on unnamed sources is a considerable risk. Both elected to throw caution to the wind, and now both are paying a price.

A great deal of ink has been spilled debating the ethics of using of anonymous sources. Journalism school courses devote full classes to discussing the precarious practice. Journalism ethics centers (yes, they exist) discuss the issue ad nauseam in panel discussions, online forums, and ethics columns. Searching for the term "anonymous sources" on the highly respected Poynter Institute's website, for example, yields hundreds of links to such debates. Although some finer points can be debated, the basic guidelines are nearly universal: Unnamed sources can serve an essential purpose in an open democracy, but they should be employed only when absolutely necessary. Neither the Times nor the Medill Dean appear to have respected this standard.

The New York Times' now infamous hit piece on John McCain was intended to call into question the Arizona Senator's ethical practices in Washington DC. In case you missed the front-page firestorm, a series of unnamed sources guided the story's overarching narrative that McCain had allowed his relationship with a female lobbyist to unduly influence his political decisions. Salacious innuendo led many readers to infer that the duo may have been linked romantically as well. As McCain vehemently denies the story and raises buckets of cash from outraged supporters, the Times finds itself fending off criticism from unlikely sources. The San Francisco Chronicle editorialized that its counterpart appeared to be guilty of peddling "gossip" and had "left itself and our profession open to…allegations of bias." Even the Times' own ombudsman slammed the story. "If a newspaper is going to suggest an improper sexual affair, whether editors think that is the central point or not, it owes readers more proof than the Times was able to provide," he wrote. Predictably, sources less inclined to defend the liberal Times have been far less delicate in their criticism.

The other journalism kerfuffle that has received far less coverage is the "Quotegate" saga at Medill, which—for full disclosure—is my alma mater. When he was hired as Medill's Dean in 2006, John Lavine installed a new curriculum that rankled some members of the faculty and student body. Lavine's new class structure features an increased emphasis on the marketing aspects of media, an approach that some believe may compromise the fundamentals of journalistic truth telling. Lavine went to bat for his program by publishing several letters in an alumni magazine. He quoted one student as saying, "I sure felt good about this class. It is one of the best I've taken." Not exactly typical collegiate parlance, is it?

A columnist for the Daily Northwestern student newspaper smelled something fishy and interviewed every student in the class, all of whom denied being the source of the comment. Lavine has since been fighting off intense criticism while fiercely denying that he fabricated the quote. The flare-up forced Lavine to email all faculty and students apologizing for his exercise of "poor judgment," and the matter remains under investigation.

In each of these instances, news sources have been burned by the tempting fire of anonymous attribution. What seems to make these situations especially problematic is that in neither case is the use of unnamed sources justifiable. The Times piece targets a major presidential candidate, meaning that any bombshell accusations leveled anonymously would undoubtedly invite relentless scrutiny. Who are these sources? Do they have axes to grind? Medill's Quotegate also invites unsettling questions. Did an academic pull quotes out of thin air to prop up his own besieged curriculum? Why can't he produce evidence that any actual student had uttered the words he printed? I don't pretend to know the answers to these inquiries, but Lavine should have known they would inevitably arise.

The paleo press is losing its audience, and has been for some time. Newspaper circulations are plummeting, young Americans are rejecting traditional newsgathering methods, and news budgets are being sliced from coast to coast. In their hand wringing over the situation, the old guard blames the internet, Americans' dissipating interest in hard news, and virtually anything under the sun to explain their evaporating audience. While there certainly are many external factors playing into the phenomenon, the mainstream press would be better served to look inward for a primary source of their troubles. The media has not only been hemorrhaging profits, but also Americans' trust for many years. Truth is the bedrock of credible journalism, and as long as media outlets continue to betray the national trust with self-serving or politically biased stories, Americans will continue to abandon them. From Jayson Blair, to 60 Minutes' Memogate, to the McCain story, to Quotegate, the American journalism establishment has damaged its own credibility, perhaps beyond repair. If the public cannot trust the news to be fair, balanced and truthful, it's no wonder more and more Americans are tuning out. Pass the remote.