Grant Kidwell
|
Posted: Mar 22, 2016 10:58 AM
Share   Tweet
The opinions expressed by columnists are their own and do not necessarily represent the views of Townhall.com. 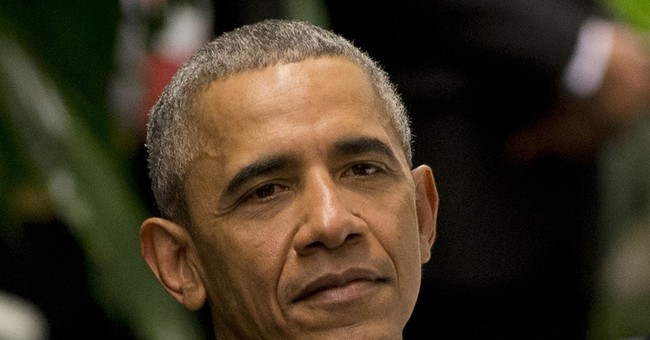 President Obama may be extending his assurance that “prices will necessarily skyrocket” beyond electricity to oil and natural gas. Two recent actions from the Obama administration will raise oil and natural gas prices, making it more expensive to fill up your car and heat your home. Two weeks ago, the Environmental Protection Agency announced it is working on a regulation to limit methane emissions from existing oil and natural gas wells. This regulation will have little to no impact on the climate, but will make it more expensive for companies to drill. Last week, the Department of Interior canceled plans to allow drilling in the Atlantic Ocean off the southeast coast. These actions threaten to stop the U.S. oil and natural gas revolution that saved American households hundreds of dollars last year alone.

In a press conference with Canadian Prime Minister Justin Trudeau, President Obama announced the United States and Canada committed to a goal of cutting methane emissions by 40% over the next decade from 2012 levels. As part of this goal, the EPA set its sights on existing oil and natural gas wells and will require emission cuts for the first time. This regulation comes on top of a similar methane regulation for new and modified wells that was published last year. That regulation alone is estimated to cost $155 million in 2020 and could wipe out many small oil and natural gas drilling companies.

The EPA’s methane regulations on the oil and natural gas industry will have little impact on emissions, much less climate change. According to the government agency’s own Greenhouse Gas Inventory, methane makes up just 10% of total U.S. greenhouse gas emissions. Methane emissions specifically from oil and natural gas account for only 2.6% of total U.S. emissions. These figures account for the fact that methane is a more potent greenhouse gas than carbon dioxide. On a global scale, these amounts are trivial and the regulations at best would only reduce global temperatures by 0.002 degrees Celsius over the next hundred years.

In addition to costly regulation, the Obama administration has outright banned new oil and gas leases in parts of the Atlantic Ocean. The Department of Interior reversed its plans to sell oil and gas leases off the coasts of Virginia, the Carolinas, Georgia, and Florida. The ban follows a similar action from Interior last year when it placed a moratorium on new coal mining leases on federal lands. By blocking access to new oil and gas supplies, the Obama administration is actively fighting the energy revolution occurring in America.

Increased oil and natural gas production has brought gasoline under $2 a gallon and lowered home heating costs by 10% this past winter. Last year alone, the average driver saved $540 thanks to lower gasoline prices brought about by increased drilling. Still, it’s not surprising the president who famously said “we can’t just drill our way to lower gas prices” does not understand the need to ensure affordable energy by increasing future supplies.