Michael Collins and His Lessons for Us

Grant Anderson
|
Posted: May 17, 2021 12:01 AM
Share   Tweet
The opinions expressed by columnists are their own and do not necessarily represent the views of Townhall.com. 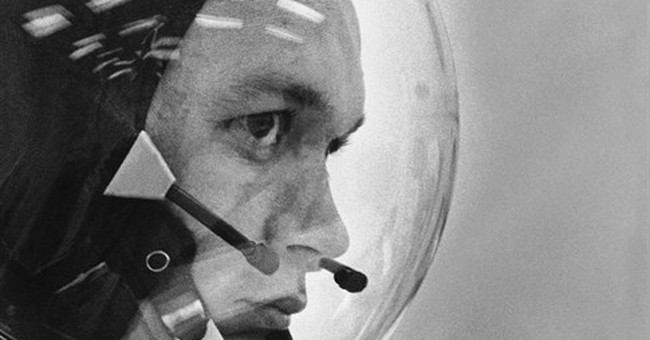 The end of April saw the unfortunate passing of an incredible American hero – astronaut Michael Collins, who served our country with great honor and fine distinction for most of his adult life. On April 28th, Collins died at the age of 90 after a battle with cancer, the closing of a long, fruitful, and inspirational life of significant accomplishment and service to his country and humanity.

Of course, Collins is best known as an astronaut, having flown the command module “Columbia” 30 times around the Moon during the Apollo 11 mission in 1969. Apollo 11 followed service in the US Air Force where he flew F-86 Sabre jet fighters and served as a test pilot. As an astronaut, Collins flew in space twice – once on Gemini 10 in 1966 – where he was the third American to perform a spacewalk – and later on the first mission to put human beings on the Moon.

Collins retired from NASA in 1970, and briefly served in the Department of State as Assistant Secretary of State for Public Affairs before leading the National Air and Space Museum as its first Director until 1978. He capped his career in public service as Undersecretary of the Smithsonian Institution and retired from the US Air Force Reserve as a Brigadier General. Collins was awarded the Presidential Medal of Freedom in 1969 and the Congressional Gold Medal in 2011 – honors justly deserved for his patriotism and devotion to duty.

When thinking of Michael Collins, numerous phrases and thoughts come to mind, all of which accurately describe who he was – calm under pressure, highly skilled, and a man who had an unwavering commitment to his crewmates and an obligation to a higher national purpose. Moreover, Collins epitomizes the unsung hero, the consummate professional who performed his role with equal parts dedication, acumen, grace, and class. Family, friends and colleagues have also testified to Collins’ sharp wit, keen intellect, and quietly wise perspective – the latter being a hallmark trait of real leadership and confidence.

It is for all of these reasons why Collins’ life and service stand as an important model for us – as everyday citizens, as decision-makers, as thinkers and doers – to observe. Frankly, his model is one that our citizenry desperately needs to emulate at this time, and several lessons emerge from his exemplary service and life.

The first of these is the importance of focus. If there is any one thing that Collins demonstrated, it was an ability to maintain focus. Whether as the lone pilot orbiting the Moon, or in the cockpit of an experimental aircraft, Collins knew that keeping one’s mind on the tasks at hand was absolutely imperative to success and survival. In our rapid-paced society, fraught with an endless barrage of needless distractions, learning to keep focus is not only conducive to the goal of accomplishment in work and life, but what we need to do as a nation and a culture to maintain true faith to who we are.

Second, Collins' career and life demonstrated the fundamentally important idea that others are counting on you. This is a refrain we as a nation need to make a more concerted effort to instill universally, particularly in younger generations moving into positions of leadership and responsibility. The entire Apollo 11 mission was counting on Michael Collins to do his job – and he followed through on that enormous set of duties masterfully. We can achieve so much more, and secure greater fulfillment – in life, in society, in the workplace – if we take serious the idea that others are counting on us.

And finally, as an engineer leading a company that continuously works to implement difficult technological and scientific solutions, a statement that Collins once made has always stuck with me. Reflecting on his time as an astronaut, he once remarked, “Exploration is not a choice, really, it’s an imperative." The lesson here is this: We must always work to explore – to innovate, to challenge ourselves, to experiment and to learn – for it is through exploration that we discover, grow, and evolve. This is especially critical as the nation moves deeper into the 21st century, and as the challenges to our dignity, our global position, and our security continue to mount.

These are the lessons that I’ve taken from Collins’ life and I’m grateful for his example.

Without a doubt, Michael Collins represents the absolute best that our country has to offer – and his time on Earth and in space is a wonderful reminder that we all have the potential to succeed, to contribute, to inspire and to motivate, regardless of the role we play. And while Collins may have never set foot on the lunar surface, not only is his place in American history secure, but his legacy as a great patriot, better person, and a true believer in the importance of science and space exploration will endure for generations.

May his noble model stand as an important guiding light for us – and may he rest in peace.