Boneheads on Boards of Directors

Gil Gutknecht
|
Posted: Nov 10, 2019 12:01 AM
Share   Tweet
The opinions expressed by columnists are their own and do not necessarily represent the views of Townhall.com. 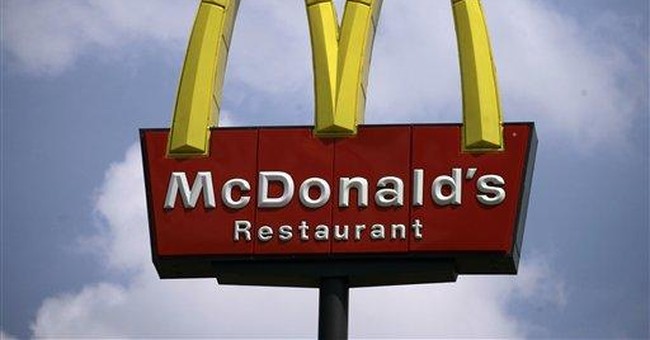 When most employees get fired, they leave with only their personal items and a strong dose of embarrassment. No severance. No gold watch. No retirement party. Just a terse, “Don’t bump your butt on the door on your way out!” It matters not that the employee may have been a solid contributor to the company for many years.

Such is not the case if you are among the chosen few who are blessed to work for very generous boards of directors. Witness the recent events under the Golden Arches. CEO Steve Easterbrook was pushed out for admittedly having a sexual relationship with one of his staff. He took with him a separation package reportedly totaling nearly $42 million. As Rocky Balboa observed, “It may not seem like much, but it adds up.”

Bear in mind that Easterbrook is not a founder of the company. Few would deny whopper-sized payouts for burger magnates like Ray Kroc or Dave Thomas. They built and led their restaurant chains from dreamy ideas to recognized international brands. They took risks and lived to reap the rewards. The outgoing CEO at Club Mac? Not so much.

Today’s CEO’s of our major corporations take few personal risks. They don’t mortgage their homes or run up credit card debt to float their dreams. They are not entrepreneurs. Many of them aren’t even particularly good leaders. They are managers. Too many refuse to stand up to political forces that are antithetical to the long term survival of free enterprise or their companies. Worse, they often fund the very politicians and groups who want to destroy the system that allowed their companies to thrive.

They foolishly buy the rope for their own hanging. But if a conservative, like our friend Steve King, says that culture has consequences and has his words twisted by the New York Times, business leaders will cut him off at the knees. Proving they can virtue signal with the best.

Examples of these overpaid executives ineptitude are almost daily fare.

How thick-headed do you have to be to send a cease and desist letter to a college student who weekly drives 200 miles round trip to buy (at retail) and resell hundreds of dozens of your doughnuts?

Senator Grassley asked the Inspector General for a review of the prices Mylan had charged Medicaid for their EpiPens. The IG found that Mylan had overcharged the government (read taxpayers) $1.3 billion. Others accused of similarly overcharging have been convicted of fraud. Mylan CEO Heather Bresch quickly settled with the government, agreeing to repay Medicaid $465 million. Mylan got to keep the rest.

It took less than eleven months for General Eisenhower to move more than a million Americans from the beaches of Normandy to a German surrender. During that time frame, Boeing delivered thousands of heavy bombers. The current CEO at Boeing has spent almost as much time fiddling with a fix for a computer glitch on the 737 Max. No sense of urgency as long as the big paychecks keep coming.

When Jack Welch passed the baton to his hand-picked successor Jeff Immelt, General Electric was widely considered one of the best run companies in the world. No one would make that claim today. While Mr. Immelt played footsy with his leftist pals in Washington, GE leadership was squandered and its value plummeted. Not to worry, on the way down the board made sure that Jeff was rewarded with super-sized paydays and seven figure bonuses.

Art Peck, who just announced his departure as CEO at the Gap was paid $21 million last year. Under his leadership the company lost half its value. And consider the largesse at CNN. Who in their right mind would pay CEO Jeff Zucker millions for his performance?

It is human nature to be more generous when spending other people’s money.

None of this is to say that government should do something about this. Leave that to Elizabeth Warren. If these foolhardy boards want to reward inept executives with overly generous payouts using their shareholder’s money, that’s their business.

It is to say that we as conservatives have no obligation to defend it.