Energy Independence Day: A Story of Shale and Sand

Gil Gutknecht
|
Posted: Jun 24, 2018 12:01 AM
Share   Tweet
The opinions expressed by columnists are their own and do not necessarily represent the views of Townhall.com. 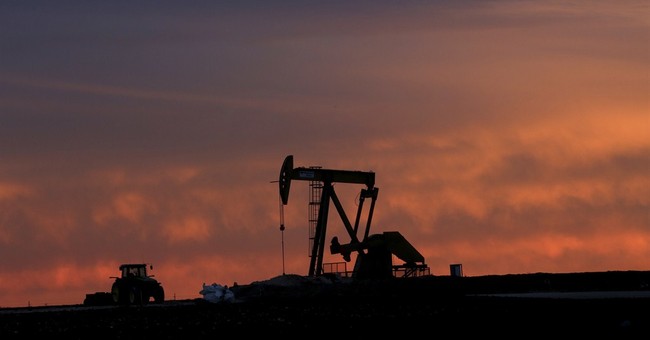 People over 50 remember the OPEC oil embargoes and Americans waiting in line to buy gasoline. We were the most powerful nation the world. We had won World War II, rebuilt Europe and Japan. Yet, here we were begging some faceless Middle Eastern Sheiks for a few gallons so we could get to work. It was both frustrating and humiliating.

The answers we got from our political leadership were pathetic. Yes, they authorized farmers to start making ethanol and gave tax credits to the big refineries to get them to blend it. Congress created a Department of Energy to look for new sources of energy. They came up with some interesting ideas, but most of them were far too expensive. Americans were told to slow down, dial back on the thermostat and buy more sweaters. In short, the days of affordable energy were over and we would just have to get used to it.

Adding insult to injury, we were told that it was our fault.

Without much help from the Department of Energy, some enterprising entrepreneurs began to explore the possibilities of unlocking enormous amounts of oil and gas trapped in shale formations deep in the earth. To accomplish this they would combine new technologies. The first involved vertically drilling up to a mile deep to reach the layer of shale. They next figured out how to turn the drill bits to drill horizontally into the shale formation. No small feat. The second was perfecting a somewhat proven process called hydraulic fracturing. By pumping water down the well at very high pressure, they could create tiny cracks in the shale allowing the oil and gas to be tapped. A key was to include sand with the water to hold those tiny fissures open when the water was pumped out. Not just any sand. It had to be extremely hard to withstand the enormous pressures. It also had to be spherical, unlike beach sand which is cubicle.  Rounded sand prevents plugging up the plumbing. Fortunately, the United States has some very large shale formations and significant reserves of that special sand.

At first our OPEC puppet masters, ignored this shale and sand revolution. But, a few years ago they began to take notice of the dramatic improvements in fracking technology. They also noticed the steady increase in U.S. domestic energy production. At the rate we were going, in a few years we might not need to buy their oil. They began to try to undercut American frackers in an attempt to bankrupt them. They opened their spigots and drove down the world price of oil. They also underwrote anti-fracking public relations efforts. The combination slowed growth, rig counts dropped but our production continued to climb.

It was a war. OPEC believed they could hold their breath longer than American frackers. They were wrong. I suspect that they were shocked to learn that efficient frackers in North Dakota and West Texas could make money on oil at less than $50 a barrel. Many of the OPEC members needed more than that to keep their governments afloat. It was a war that they could not win.

So, after two years of waging war on American fracking, on September 29, 2016 (Energy Independence Day) the once powerful international oil cartel surrendered. Although they didn’t announce it that way, it was on that day that OPEC decided to begin reducing their production, ceding market share to frackers. Oil prices began to rise. Their ability to dictate to the United States would be forever diminished. We will soon be energy independent. Congress changed the law and we began to export oil and gas again to eager buyers like China.

The frackers won the energy war. But, in a larger sense the war was won with good old American ingenuity. It was won with simple, basic things. As basic as shale and sand.