The Great Texas Courtroom Blunder Could Cost Us All

Gerard Scimeca
|
Posted: Sep 14, 2019 12:01 AM
Share   Tweet
The opinions expressed by columnists are their own and do not necessarily represent the views of Townhall.com. 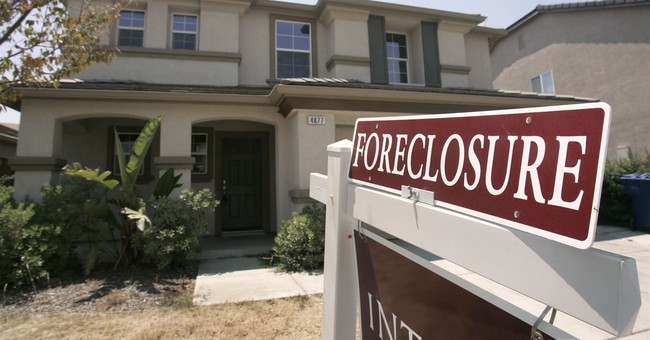 The Godfather author Mario Puzo once said one lawyer with a briefcase can steal more money than 100 men with guns. Anyone curious how much can be stolen by an army of lawyers with briefcases need look no further than an outrageous jury verdict in Texas that twisted a simple breach of contract claim into a three-quarters of a billion dollar windfall. The verdict is not just a case study of win-at-all-costs legal tactics, but a potential watershed that, if not reversed n appeal, could throttle the development of new technologies and inflict irreparable damage on intellectual property rights.

The saga begins in 2015 when realty firm Title Source, Inc. (now Amrock), entered into a $5 million contract with a small startup company, HouseCanary, for the development of a “revolutionary” mobile app to create property appraisal reports to predict home resale values. Valuation models are quite common in the real estate industry, readily seen by home buyers on sites such as Zillow or Redfin. The data-based algorithm HouseCanary promised to deliver would be entirely new, with cutting-edge technology and proprietary data models.

There was just one problem; HouseCanary had no technology to offer and was wholly incapable of developing any. A prototype of the app was missing key features and third party testers rated it as “mediocre” – hardly the “revolutionary” technology promised. HouseCanary demanded more time, but Amrock instead cut bait and filed a lawsuit to recover the $5 million from the original agreement. At this point the case was a tidy tale of straightforward breach, but an army of lawyers had other ideas.

Despite having a client that failed to deliver on its contractual obligation, HouseCanary attorneys went full Tony Soprano and countersued, making the entirely absurd claim that Amrock had stolen and misappropriated their trade secrets by creating an app to replace the one that was never developed.

This was a bold tactic for a defendant who failed to establish in court any evidence they had given Amrock any trade secrets to misappropriate. It’s even more ludicrous given the post-trial sworn testimony of a HouseCanary executive that the company sold “vapor ware” and stated under oath, “From my knowledge… there wasn’t anything to steal.” Yet despite this the jury found in favor of HouseCanary, and then proceeded to award them $706 million in damages (since increased to include interest and attorney fees), an eyeball-popping figure more in line with the misappropriation of a Picasso than a non-existent app.

Though the verdict is a fraud, HouseCanary attorneys were masterful in manipulating the jury by pressing emotional hot-buttons and through sleight of hand deceit that entirely misled them on the technical aspects central to the trial. What makes this case especially dangerous is how easy it will be for other frivolous patent lawsuits to copy this deceptive blueprint and shake down tech leaders for a big payday. If a $5 million claim can be escalated into a phony jury award 150 times in size, the consequences for investment into new technology will be devastating, and will throttle potential agreements for cooperation in innovation.

When testimony failed to produce any evidence in support of HouseCanary’s misappropriation claim, their attorneys doubled-down with a fish tale of their own. They convinced the jury that instead of stealing trade secrets, Amrock had fed HouseCanary data (which was not, in fact, their data) into a “magic machine” to reverse engineer a replacement app. Yes, they actually used the words “magic” and “machine” as the entire basis of their case. To make it stick, HouseCanary lawyers framed the dispute in terms of a big, rich, out of town company shoving around a small local operation, and inflamed the jury by telling them to “send a message” to “corporate America” that would make the “Wall Street Journal.” In essence Amrock was convicted of being a successful company from out of town that used magic to deceive a small local startup.

The entire case is a cautionary tale that confounds every sensibility. All evidence points to HouseCanary failing to deliver as promised and breaching the contract, yet justice was tortured to throttle the party with a viable claim. This represents a significant danger well beyond the courtroom walls.

When parties can file bogus intellectual property claims, it scares off both investment and cooperation into developing new technologies and economic innovations. The bigger the return on investment, the bigger target one is for a frivolous lawsuit. This has a direct and negative impact on consumers and economic productivity, cannibalizing progress in the dining hall of the nearest courtroom.

If this case is not reversed it will give a green light to every legal jester to pursue a jury award rivaling the GDP of a small country through outrageous claims of fraud and trade secret misappropriation. It will certainly corrode patent protections that are the lifeblood of investment in technology so critical to our economy. Massive damage awards must be paid by somebody, and in the end, it will be all of us. Let us hope this massive wrong is set right.

Gerard Scimeca is an attorney and Vice President of CASE, Consumer Action for a Strong Economy, a free-market oriented consumer advocacy organization.