A Future Rooted in the Past 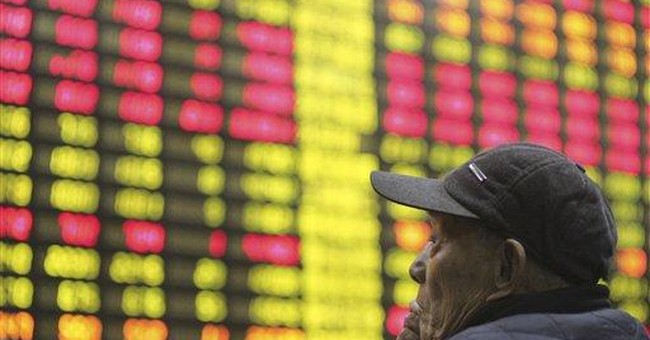 WASHINGTON -- On Day One of his vow to take "meaningful steps to rein in our debt," Barack Obama asked Congress to freeze portions of discretionary domestic spending. This would follow an astonishing permanent expansion: Republicans on the House Budget Committee say appropriations bills Obama has signed, along with his stimulus spending, have increased discretionary domestic spending 84 percent. He almost certainly will not keep his promise to veto spending bills when Congress, as it almost certainly will, largely disregards his request.

On Day Two, taking a break from the rigors of austerity, he was in Tampa, Fla., promising $8 billion for high-speed rail projects there and in a dozen other places. Four days later, he released a $3.8 trillion fiscal year 2011 budget that would add another $1.3 trillion to the national debt. The budget reveals that the deficit emergency is not so great as to preclude another stimulus, aka "jobs bill."

Or to require that middle-class tax cuts enacted under The Great Alibi (George W. Bush) be allowed to expire. Or even to scrub from the budget such filigrees from olden days as $430 million for the Corporation for Public Broadcasting, which perhaps made some sense 42 years and 500 channels ago, when public television meant for some Americans a 33 percent increase in channels, from three to four.

The depressing minutiae of the moment pale next to two large possibilities anticipated by Robert Fogel, a Nobel Prize-winning economist. They concern the rise of American health spending and the even more dramatic rise of China's economy.

Writing last September for the online journal The American, published by the American Enterprise Institute, Fogel warned that spending on health care is going to surge, for two reasons: By living longer, Americans will become susceptible to more health problems. By becoming richer they will be able to purchase more biotechnologies that make health interventions more effective.

"The financial per capita (health care) burden at age 85 and older," Fogel wrote, "is nearly six times as high as the burden at ages 50-54" and "the financial burden of health care for ages 85 and older is over 75 percent higher per capita than at ages 75-79." A century ago, "the burden of chronic diseases among elderly Americans was not only of greater severity but began more than 10 years earlier in the life cycle than it does today."

But the severity of afflictions increases and the cost of preventing further deterioration increases with age: "Five years before the year of death, annual health cost is virtually the same as all annual Medicare costs per capita. By the second year before death the cost has risen by about 60 percent, and in the year of death the annual cost exceeds the average by more than four times. Indeed, expenditures on persons during their last two years of life account for 40 percent of all Medicare expenditures."

This demographic destiny might entail starving every other sector of society -- including national defense, at great cost to America's international standing. It had better not, given what Fogel argues in another essay, this one in the current issue of Foreign Policy. It is titled "$123,000,000,000,000." Fogel's subtitle is: "China's estimated economy by the year 2040. Be warned."

He expects that by 2040 China's GDP will be $123 trillion, or three times the entire world's economic output in 2000. He says China's per capita income will be more than double what is forecast for the European Union. China's 40 percent share of global GDP will be almost triple that of the United States' 14 percent.

Fogel finds many reasons for this, including the increased productivity of the 700 million (55 percent) rural Chinese. But he especially stresses "the enormous investment China is making in education."

While China increasingly invests in its future, America increasingly invests in its past, the elderly. China's ascent to global economic hegemony could be slowed or derailed by unforeseen scarcities or social fissures. America's destiny is demographic, and therefore is inexorable and predictable, which makes the nation's fiscal mismanagement, by both parties, especially shocking.