A Surprising Story on Crime 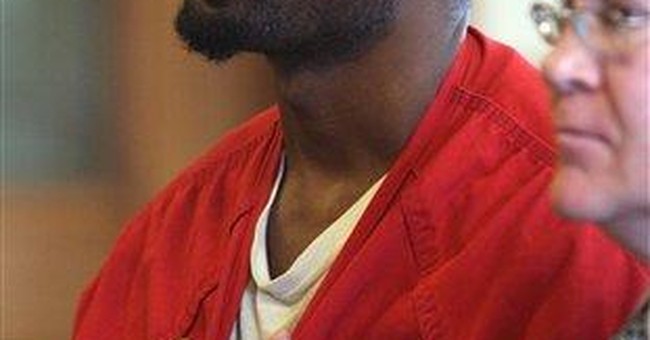 WASHINGTON -- Listening to political talk requires a third ear that hears what is not said. Today's near silence about crime probably is evidence of social improvement. For many reasons, including better policing and more incarceration, Americans feel, and are, safer. The New York Times has not recently repeated such amusing headlines as "Crime Keeps on Falling, But Prisons Keep on Filling" (1997), "Prison Population Growing Although Crime Rate Drops" (1998), "Number in Prison Grows Despite Crime Reduction" (2000) and "More Inmates, Despite Slight Drop in Crime" (2003).

If crime revives as an issue, it will be through liberal complaints about something that has reduced the salience of the issue -- the incarceration rate. And any revival will be awkward for Barack Obama. Liberalism likes victimization narratives and the related assumption that individuals are blank slates on which "society" writes. Hence liberals locate the cause of crime in flawed social conditions that liberalism supposedly can fix.

Last July, Obama said "more young black men languish in prison than attend colleges and universities." Actually, more than twice as many black men 18-24 are in college as there are in jail. Last September he said, "We have a system that locks away too many young, first-time, nonviolent offenders for the better part of their lives." But Heather Mac Donald of the Manhattan Institute, writing in the institute's City Journal, notes that from 1999 to 2004, violent offenders accounted for all of the increase in the prison population. Furthermore, Mac Donald cites data indicating that:

"In the overwhelming majority of cases, prison remains a lifetime achievement award for persistence in criminal offending. Absent recidivism or a violent crime, the criminal-justice system will do everything it can to keep you out of the state or federal slammer."

Obama sees racism in the incarceration rate: "We have certain sentences that are based less on the kind of crime you commit than on what you look like and where you come from." Indeed, in 2006, blacks, who are less than 13 percent of the population, were 37.5 percent of all state and federal prisoners. About one in 33 black men was in prison, compared with one in 79 Hispanic men and one in 205 white men.

But Mac Donald cites studies of charging and sentencing that demonstrate that the reason more blacks are disproportionately in prison, and for longer terms, is not racism but racial differences in patterns of criminal offenses: "In 2005 the black homicide rate was over seven times higher than that of whites and Hispanics combined. ... From 1976 to 2005, blacks committed over 52 percent of all murders." Do police excessively arrest blacks? "The race of criminals reported by crime victims matches arrest data."

As for the charge that the incarceration rate of blacks is substantially explained by more severe federal sentences for crack as opposed to powder-cocaine defendants (only 13 states distinguish between the two substances, and these states have small sentence differentials), Mac Donald says:

James Q. Wilson, America's premier social scientist, notes that "the typical criminal commits from 12 to 16 crimes a year (not counting drug offenses)" and Wilson says that 10 years of scholarly studies "have shown that states that sent a higher fraction of convicts to prison had lower rates of crime, even after controlling for all of the other ways -- poverty, urbanization, and the proportion of young men in the population -- that the states differed. A high risk of punishment reduces crime. Deterrence works." It works especially on behalf of blacks, who are disproportionately the victims of crimes by black men.

A recent report by the Pew Center on the States asserts that America incarcerates too many people, and in the process diverts money from higher education. Wilson notes that the report does not examine whether the slower growth of public spending on higher education than on prisons may be explained by the surge in private support for public universities. And, Wilson dryly adds, the report does not explore "whether society gets as much from universities as it does from prisons." A good question, but not one apt to be studied in academia.