That's Not Who We Are 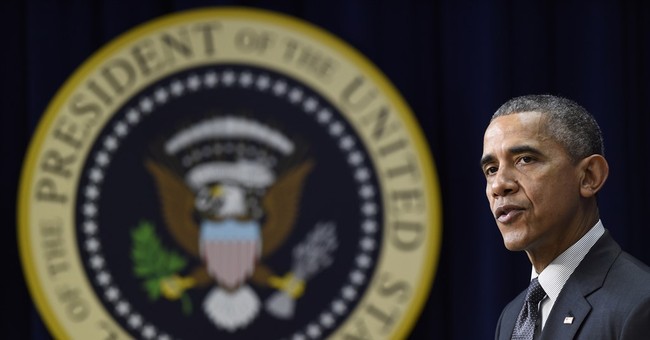 According to a popular website, President Obama has used the words “That’s not who we are” in various formulae 46 times. Recently, he used it in response to a proposal from Republican frontrunner Donald Trump, who wants to temporarily stop all Muslim immigration. A possible interpretation of Obama’s words is that stopping a particular group of people from immigrating to the United States because of their race, nationality, or religion is un-American. If that is what he meant, he is uninformed. The US government has historically restricted immigration from certain groups and has sometimes—rightly or wrongly—singled out national or ethnic groups for further restrictions.

But that’s not who we are.

Many Chinese immigrants settled in California after the 1849 gold rush. By 1858, when the economy turned sour and the wages dropped, they were no longer welcome and the California legislature passed a law forbidding any new Chinese from coming into the state. The California law was struck down by the US Supreme Court, but in 1879 the US Congress passed a nationwide bill to halt Chinese immigration. That bill was vetoed by President Rutherford B. Hays. Congress tried again in 1882 with a stronger bill, one that not only forbade Chinese from entering the country but also denied citizenship to those already living in the US. President Chester A. Arthur vetoed this bill, but Congress quickly rewrote it, changing the immigration ban from twenty years to ten years, and Arthur, although he opposed it, signed it into law. Immigration from China essentially stopped with the Chinese Exclusion Act of 1882 and was not restarted until 1943 with the Magnuson Act.

But that was a long time ago.

In the years 1921 and 1924, the US passed laws establishing a quota system, limiting the number of immigrants from each country to 3% (1921) and 2% (1924) of the country’s then-current representation in the US population. That meant that countries which had provided large numbers of new Americans in the past—England, Ireland, Germany—could continue to send large numbers, but countries that had sent few before—Turkey, Congo, Cambodia, for example—would only be allowed to send a few, thus preserving the ethnic balance in the US. The quota system remained the law until 1965, when the Hart-Celler Act replaced it.

But that’s not who we are.

During World War II, leftwing Democrat President Franklin Delano Roosevelt signed Executive Order 9066, which ordered the military to force Japanese-Americans living on the west coast to move to internment camps for the duration of the war. Many of those forced to move were US citizens. They had to abandon their homes, furniture, and belongings; quit their jobs; and live in barracks, as though they were enemies of the state.

And that was from a Democrat icon.

In 1980 in response to the Iranian hostage crisis, Democrat President Jimmy Carter signed Executive Order 12206 and stopped all immigration from Iran and forced many Iranian students in the US to go back to their homeland. Some of those students were in graduate school and had been in the US for years, but they were sent back.

But that was Nobel Peace Prize winner Jimmy Carter, not us.