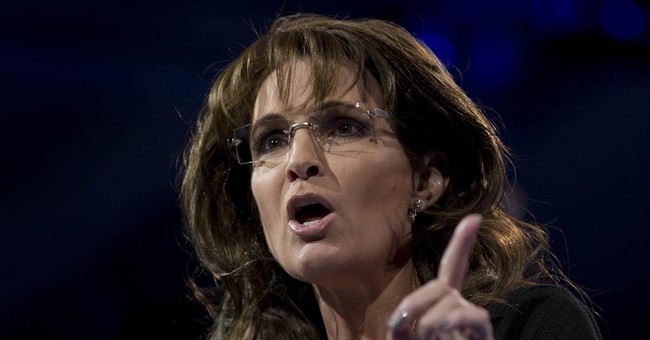 Overlooked and mocked, Virginia's Attorney General - Tea Party favorite - Ken Cuccinelli, was within 2.5 points of beating Democratic Party powerhouse Terry McAuliffe in Virginia's gubernatorial race earlier this month. Polls just the day before the election were predicting losses in as much as 12 point range for Cuccinelli. The astonishing comeback showed just how powerful the Tea Party has become!

Yet, even though, Cuccinelli led by 3 points amidst male voters and shockingly won 18-to-24 years old also, he lost unmarried women by a whopping 42 points, and lost all women by 6 points. If Cuccinelli could have improved - even slightly - the number of women voting for him, the Governor's house in Richmond would have a new resident.

The need for more women voters supporting the Tea Party is made clearer with New Jersey's recent Senate race. Tea Party great Steve Lonegan lost to Democrat Cory Booker by 10 points - despite winning among men and independent voters. Why you ask? He lost women, according to Quinnipiac, by an epic 31 points.

All of this shows that the message of the Tea Party resonates with voters. It wins men, it wins the youth, and it wins independents, but what we need now are women. We need educated, conservative, strong Tea Party women - women who embrace the idea of a less-overbearing government and increasing freedom!

Does this mean women in the Tea Party can earn commanding leadership positions? You bet. It means we have to show the American people that the Tea Party is full of articulate, professional, freedom-loving, confident American women, who will become the much-needed missing link for the National Tea Party movement. The Democratic Party likes to suggest that only mature, white males represent the Republican Party. Contrary to the Democratic stereotype, is the example of the extensive leadership and involvement of women, in the Tea Party in Montgomery County Texas, known as Texas Patriots PAC (www.texaspatriotspac.com). I dare, at this time period, anyone to try and run in that county without the support of Texas Patriot PAC and their high percentage of women in leadership positions. We need the women who support the ideologies of the Tea Party to step up and be visible in the eyes of the public so that the women around the country know they are well represented by the voice of the Tea Party!

Why should women have such large influence in the Tea Party (other than the fact that half the country is female)? They are a crucial element of America with valuable insight and outstanding contributions to our liberty. Women are strong, organized and steadfast in their commitments. They are patriotic; love their homes, families and this country. They will fight relentlessly to right the “sinking economic ship” that America has become. The women from the liberal end of the spectrum speak out often and loudly as to have all believe that they are the true voice of all American women. Their extreme liberal views do not exemplify any of the conservative, independent, educated women I know who wish to uphold family values and the right to protect their freedom to provide for their families sufficiently without the strong arm of government intervention.

The Tea Party needs to expand its media presence to attract more women. We should be embracing the exceptional uniqueness of women and appeal to them in conservative marketing materials. This requires the insight of women themselves, appealing to other women. There is a lot more the Tea Party could do to become more female-friendly. And we should be emphasizing regularly for the women members the arguments the Tea Party takes repeatedly in support of family values, health issues, education and freedom from government tyranny.

We can see how greatly the liberal media fears us recruiting more women through their incessant attacks against Sarah Palin. They love to tell us that the Tea Party does not need anymore 'Sarah Palins', but the truth is we do need more. A lot more!

Showing that conservative women are a determined and growing group inside the Tea Party will scare the heck out of the progressives. There is nothing better for the Tea Party, at this junction, than a Tea Party female recruitment explosion. These Tea Party women will dismantle the Democrats' policies that have stopped economic participation, promoted ill-conceived health programs, and created a culture that is oppressive and that has made all Americans slaves to the government under the almighty political class.

The Tea Party will not win over all women, but we have to do better at attracting and empowering the like-minded women warriors. NOW is the time. We need the strong, educated, conservative women, who have been supporting our efforts in though, to come forward and make their voices heard and their actions felt.

I hope soon to hear the Tea Party Women ROAR!