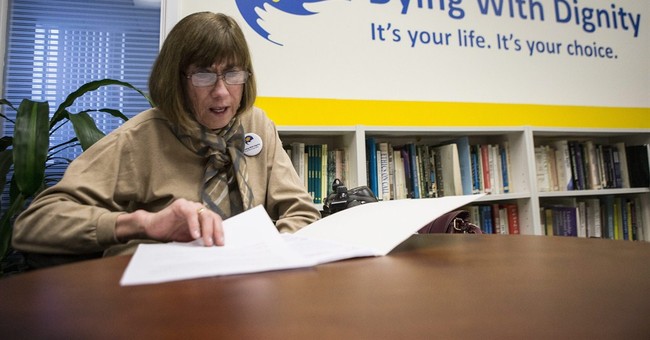 From the flurry of state legal activity and heightened media coverage, many Americans are considering afresh the topic of assisted suicide. Just last week, Alabama introduced a bill to prohibit doctors from participating in suicide, while the week prior saw a Connecticut bill die in committee for the third year in a row. California’s bill passed the state Senate Judiciary Committee earlier this month with a highly publicized posthumous video from Brittany Maynard, who left the state to pursue assisted suicide in Oregon after a diagnosis of terminal brain cancer. In all, legislation to legalize physician-assisted suicide has been introduced in 24 states and the District of Columbia.

This week, a timely paper published by the Charlotte Lozier Institute and authored by Wesley J. Smith examines the assisted suicide/euthanasia movement and the effects of its legalization in Belgium, the Netherlands, Switzerland, and the state of Oregon. The paper shows how the legalization of assisted suicide in these locations has changed the ethics of medicine in valuing individuals with difficult lives, and would continue to do so in the United States with expanded legalization.

Oregon, which was the first state to legalize assisted suicide in 1994, has already experienced its share of abuses of the law.

Case in point: Barbara Wagner and Randy Stroup. Both were diagnosed with recurring terminal cancer and their doctors prescribed chemotherapy. Because their prognosis was less than five years to live and the chemotherapy was considered “life-extending” versus curative, Oregon’s version of Medicaid wouldn’t cover the costs. What they did offer, however, was funding for their assisted suicide.

"It dropped my chin to the floor," said Stroup in 2008. "[How could they] not pay for medication that would help my life, and yet offer to pay to end my life?"

That very question speaks to a valid concern shared by many Americans. A new Marist poll released April 16 surveyed over 2,000 people nationwide, and found that more than 60 percent of Americans do not support a doctor’s ability to prescribe or administer a lethal drug dose.

The reasons are telling:

· 65 percent are concerned for the elderly in nursing homes;

· 64 percent fear that people who are depressed will be more vulnerable to suicide.

According to Smith’s research via the Oregon Health Department, most of the assisted suicides were not requested as pleas to alleviate pain, which pro-assisted suicide advocates stress to be the primary reason given. Instead, most people had requested to die because of worries for the future – that they would lose autonomy and the ability to engage in activities they once enjoyed.

While these are significant concerns, should we respond to patients by implementing public policy that reinforces the fear that “without independence, your life does not matter”? The American Medical Associationthinks not:

Physician-assisted suicide is fundamentally incompatible with the physician’s role as healer, would be difficult or impossible to control, and would pose serious societal risks.

Instead of participating in assisted suicide, physicians must aggressively respond to the needs of patients at the end of life. Patients should not be abandoned once it is determined that cure is impossible.

In Belgium, the Netherlands, and Switzerland, there are already years of well-documented abuses that demonstrate the path of the slippery slope, which allows for more and more individuals to “qualify” for killing.

The depressed and mentally ill have been legally euthanized in the Netherlands since 1994. Belgium became the first country last year to allow children to be assisted in suicide if they and their parents give consent. There have even been joint euthanasia killings of elderly couples who feared future widowhood.

A study appearing in the New England Journal of Medicine last month shows that there were potentially more than a thousand people in the Flanders, Belgium region whose “deaths were hastened [by a doctor] without explicit request” in 2013 alone. In other words - people are being sped towards death without knowing it because it was considered “in the patient’s best interest.”

Abuses like this are the logical conclusion to an ethic in which killing has been transformed into an appropriate medical response to suffering. Smith shows in his new paper that assisted suicide masks as compassionate care, but is really abandonment.

As more states consider legalizing assisted suicide, let us not forget our American heritage carved into the statue of liberty:

“Bring me your tired, your poor, your huddled masses, yearning to breathe free…” What shall our country’s response be to “our physically ill, our mentally ill, our elderly, and our children” then be? To what “golden door” do we lift our lamp for these? Let it be liberty and the pursuit of happiness, yes – and these can only exist as rights if they have life for a firm foundation.