Civility’s Not the Goal, Humanity Is

Gary Schneeberger
|
Posted: Jun 29, 2018 12:01 AM
Share   Tweet
The opinions expressed by columnists are their own and do not necessarily represent the views of Townhall.com. 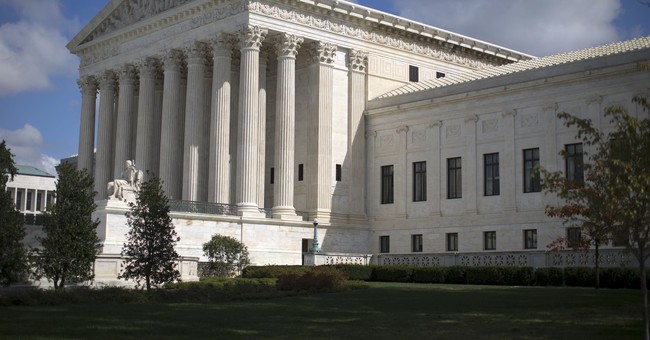 It seems only fitting, with a new computer-generated-dinosaur movie tearing up the summer box office, to recall the sage words of Samuel L. Jackson from the original Jurassic Park as the velociraptors of outrage are unleashed upon the country with Wednesday’s news that Anthony Kennedy is retiring from the Supreme Court.

That’s right: Hold on to your butts.

The political and ideological discourse that has grown increasingly nasty since we started identifying ourselves first as red-staters or blue-staters rather than United Staters will seem quaint – like a quirky art film -- compared to the tentpole blockbuster of bluster we’ve already begun to see and hear from left and right alike since Kennedy’s announcement.

In the weeks and months to come, Democrats and Republicans in Congress will accuse each other with ever-escalating hyperbole of destroying the very fabric of our nation. Pundits on opposite sides of the aisle will rhetorically rend each other limb from limb in rant riots on radio and TV. Closer to home(screens), friends will pummel each other on social media with memes and suspect “news stories” focused more on how their opponents are wrong than how they are right.

Every now and then, a voice will try to be heard above the din and call for civility – and be shot down. And that will be a good thing, perhaps the only thing anybody with an opinion about who should replace Kennedy should agree on.

I say that not because I’m against civility. Far from it. America desperately needs to muster a little to reach an armistice in our civil war of words. But civility is not the solution to what divides us; it’s the fruit of what might unite us:

It is only in seeing the “other guy” as just as deserving as we are of respect, and an opinion, and the right to advocate for his or her position that we can ever hope to find our way to civility in public discourse. The immediate and ongoing demonization of those who think differently than we do, whose values don’t align with our own, may make for boffo ratings, but it does nothing to help us persuade others to the course of action we believe to be right. Worse, it degrades the greatest and freest country in the world.

Isn’t the point of argument in its purest sense, after all, to win hearts and minds, not win a fight?  And – bonus! – what if we actually learn a little something that we don’t know, understand an issue from a perspective other than our own, by meeting those on a different page somewhere in the middle of the book, rather than ripping out their paper, crumpling it up and throwing it away?

I know this approach can work, because I’ve practiced it. Back in 2008, when I was head of communications for the Christian ministry and conservative juggernaut Focus on the Family, I spearheaded a successful campaign to get our founder, Dr. James Dobson, voted into the National Radio Hall of Fame. He deserved the honor, having dedicated 30 years to helping couples build strong marriages, raise healthy and happy kids and walk out their faith with boldness in the public square. But not everyone saw it that way.

A prominent gay-rights advocate, a PR pro just like me with whom I had engaged in headline-making news battles for years over Focus’ biblical view of human sexuality, launched a campaign to oppose Dr. Dobson’s induction and picket the awards ceremony in Chicago. It could have turned into just another instance of I-said, he-said in the press, but we decided to do something radical a couple of nights before the ceremony. We chose to explore each other’s humanity, rather than just recite our own ideology.

So we met for dinner. Left our talking points in our hotels. Told stories about our surprisingly similar lives. Swapped tales from the trenches of our very different vantage points in what was then still called the culture war. I walked into the restaurant that night to meet with an opponent. I left with a new friend. No, neither of us changed our convictions on the issues closest to our hearts – to this day he remains a firebrand liberal and I remain an unapologetic conservative. That hasn’t stopped us from many subsequent dinners, email and text exchanges and phone chats. He was even kind enough to endorse my recent book on the practice of public relations – of which he himself is a master.

So here’s my challenge: That political thorn in your side on Twitter or Facebook or your radio or TV show or across your workplace … lay down your ideology long enough to get to know their humanity. Trust me when I tell you – it’s not nearly as hard as bringing dinosaurs back from extinction. And it has the potential to build a far better world than a Jurassic one.