The First National Day of Prayer 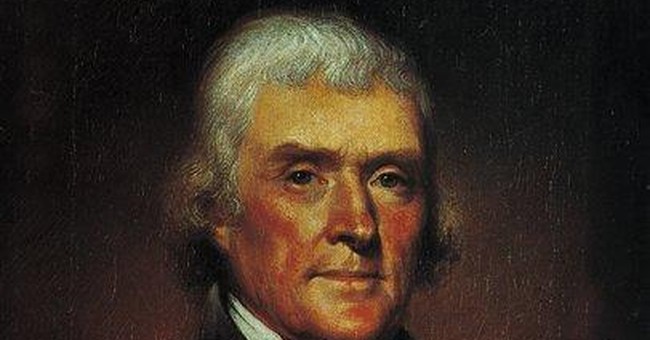 Lawmakers in Washington recently weighed in on a ridiculous court decision by Wisconsin federal circuit judge Barbara Crabb that held that the promotion of a National Day of Prayer by the government is unconstitutional. The lawmakers want President Obama's Justice Department to appeal the ruling.

It’s not likely that Attorney General Holder’s Justice Department will suddenly become a champion of liberty and defend the “dangerous Christians” who want to mention God in a government sanctioned event.

Many have heard of this decision since it was handed down more than a week ago, but I am willing to bet that most people have no idea why there is a National Day of Prayer in the first place.

The very first Day of Prayer was held just two and a half hours car ride south of DC, in Williamsburg, Virginia – for a most important reason. A Washington reporter noted, “The National Day of Prayer was mandated by Congress and the White House in 1953, and its roots have been traced back to the late 1700s and the Continental Congress.” Indeed, those roots are traced back to May 24, 1774 when the Virginia House of Burgesses approved a Resolution declaring a “Day of Fasting, Humiliation and Prayer” to be held in solidarity with Massachusetts.

The Resolution had been “cooked up” (Thomas Jefferson's words) when he and Patrick Henry decided that they must support the Tea Party revolt which had occurred in Boston Harbor, just five months earlier. On December 16, 1773 colonists disguised as Mohawk Indians dumped 342 crates of tea into Boston Harbor. Instead of reducing the high taxes which had caused the revolt in the first place, the British government began a systematic attack on the colonists in Massachusetts.

Henry and Jefferson, living in the richest colony and the one with the greatest population, knew the British would soon crack down on Virginia malcontents seeking to keep the simple fruits of their own labor. They decided to turn to God for help, and that is why the Day of Fasting, Humiliation and Prayer is so important. Less than one year later, Patrick Henry gave his most famous speech at a church in Richmond, Virginia, where he invoked God's help twice.

It was not a religious ceremony, but the meeting was held in the church because it was the largest building nearest to Williamsburg. The agenda was about treason, revolt and other government discouraged activities, and they knew if they held their meeting in Williamsburg they would likely be arrested, perhaps hung.

The meeting began with a prayer to God, asking for His protection and guidance. Attending were such revolutionaries as Washington, Jefferson, Peyton Randolph, Richard Henry Lee and Richard Bland – among others. Henry rose to speak and argued for a “Well-regulated Militia” in anticipation of armed conflicts with an unreasonable, tyrannical government. He warned of a coming war with England, reminding them of the government oppression in Boston.

Henry predicted that “three millions of people, armed in that holy cause of liberty, and in such a country as that which we possess, are invincible by any force which our Enemy can send against us.” He then thundered, “Besides, sir we shall not fight our battles alone. There is a just God who presides over the destinies of nations and who will raise up friends to fight our battles for us.”

Patrick Henry then uttered the greatest war cry ever heard by civilized men, “I know not what course others may take, but as for me, give me liberty or give me death!”

The men who guaranteed our liberty with a pledge of “Our lives, our fortunes and our sacred honor” are not likely to have turned their backs on a God they believed was responsible for granting them eventual victory. They would not have written a clause in the Constitution that would have as its eventual effect, injury and insult to the powerful God of Nature that they believed omnipotent and all-knowing.

Are we to believe that having won a victory for liberty on behalf of the people, these same believers would turn around and stab the people in the back with a constitution that would pull the string and unravel the sweater that keeps a nation safe, secure and prosperous? Patrick Henry would say, “Forbid it, Almighty God!”