Presidential Overreach, Past and Present 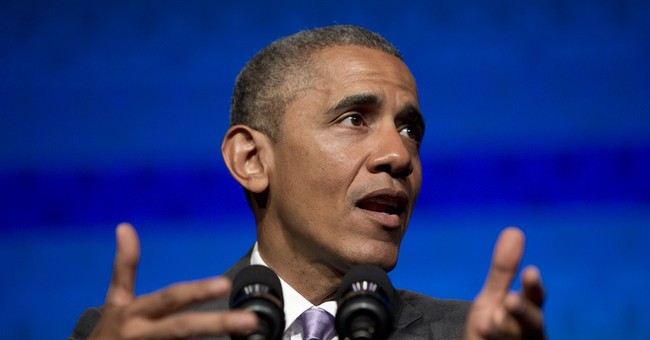 When President Barack Obama proclaimed in his 2014 State of the Union Address, “wherever and whenever I can take steps without legislation to expand opportunity for more American families, that’s what I’m going to do,” he refueled this ongoing debate over constitutional limits. Liberal constitutional scholar Jonathan Turley testified before Congress later that year, “The President’s pledge to effectively govern alone is alarming. When a president can govern alone, he can become a government unto himself, which is precisely the danger the founders sought to avoid.” And now imminent Supreme Court decisions will decide the legality of many major decisions made by the Obama Administration.

Presidential overreach, however, is not a new issue. Indeed, the debate over limited versus expansive government is as old as the Republic itself. The Constitutional Convention debates, the Federalist Papers, and the writings of Thomas Jefferson and James Madison all wrestled to define appropriate limitations on government. In general, Jefferson stated in a letter to Madison, “I am not a friend to a very energetic government. It is always oppressive.” He feared that any government power that extended beyond the barest of liberty could itself become a threat to liberty. In the Kentucky Resolutions, Jefferson famously warned, “In questions of power, then, let no more be heard of confidence in man, but bind him down from mischief by the chains of the constitution.”

Constitutional battles have raged down through American history. Various issues such as the Bank of the United States, tariff legislation, the expansion of slavery, the federal income tax, anti-trust policy, social welfare legislation, and many wartime-related policies have all involved allegations of governmental expansion and potential overreach. And all have been ultimately settled before the Supreme Court.

Predictably, President Obama has been challenged in multiple cases now being heard before the courts, with final verdicts expected ultimately to come from the Supreme Court. His expansive executive actions in the areas of immigration, healthcare, and the environment now await court decisions. Such decisions concerning constitutional limits have been important, indeed decisive, chapters in American history. Perhaps the examples of the court battles over New Deal legislation and executive actions in the Roosevelt and Truman administrations are the most pertinent to these current challenges to Obama.

In 1924, John W. Davis had been the Democratic nominee for President; but in the 1930s, he led the resistance to the Democrats’ New Deal, of which he said, “There has been no such bald challenge to the Constitution in American history.” Davis saw an executive branch committed to government expansion and a compliant Congress unwilling to offer resistance. “If the structure of this Government is to be preserved,” he said, “the courts must do it.” In a succession of cases in the 1930s and 1940s, Davis effectively argued against governmental overreach and secured important victories before the Supreme Court, earning him FDR’s epithet as “Public Enemy Number 1.”

Over his legal career, Davis argued 142 cases before the Supreme Court—more than any American save Daniel Webster. Perhaps his greatest case, Youngstown Steel Sheet and Tube Co. v. Sawyer (1952), is expected to be a critically important precedent in the present challenge to Obama’s executive order on immigration policy. In this case, known as the Steel Seizure Case, Davis argued successfully that President Harry Truman had exceeded his authority in ordering his Attorney General to seize certain American steel mills to avert a labor strike in wartime.

If ever there was the perfect confluence of events and the man, it was this case and John W. Davis. Convinced for the past twenty years that the government was dangerously overreaching its constitutional bounds, Davis had become the appellate champion of constitutional restraint. On May 12, 1952, the seventy-nine year old Davis, clad in his traditional formal morning suit, rose to make his argument before the Court. A reporter for the New York Herald Tribune wrote that Davis seemed “to personify the spirit of constitutionalism, his voice that of history itself.”

Over the next eighty-seven minutes a packed courtroom was treated to a flawless performance by the greatest legal advocate in modern American history. Davis declared Truman’s seizure not only a “usurpation of power without parallel in American history” but also a “reassertion of kingly prerogative, the struggle against which illumines all the pages of Angle-Saxon history.” Before a silent courtroom, he concluded with Jefferson’s own words: “In questions of power, then, let no more be heard of confidence in man, but bind him down from mischief by the chains of the Constitution.”

The result was a stunning 6-to-3 decision ruling the steel seizure unconstitutional: “The President’s Executive Order was effectively a legislative act because no statute or Constitutional power authorized such Presidential action.” As the nation awaits the pending courtroom challenges to presidential overreach, conservatives can hope that President Obama will face an opponent as worthy as John W. Davis with an outcome as decisively supportive of constitutional limits.