Gabriella Hoffman
|
Posted: Jun 24, 2022 12:01 AM
Share   Tweet
The opinions expressed by columnists are their own and do not necessarily represent the views of Townhall.com. 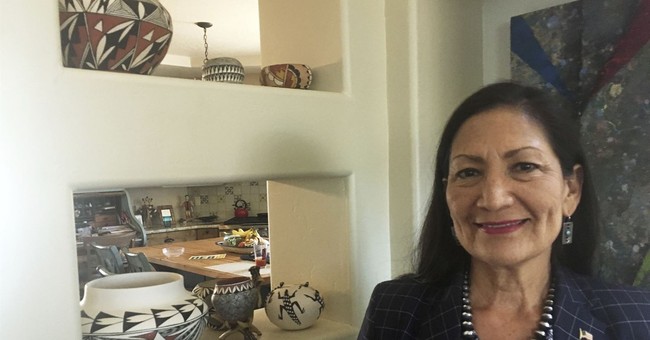 Are American conservationists being served by the Biden administration? By all indications, they aren’t.

Recently, the Department of Interior nixed their litigation website highlighting earnings environmental groups receive from settlement agreements in a practice known as “sue and settle.”

“The previous Order added unnecessary obstacles to the Department’s ability to enter into rational and fair settlements, imposed requirements and timelines inconsistent with those set by courts, and added redundant reporting obligations,” an Interior Department statement read. “The previous Order provided no tangible benefits to the public while interfering with the Department’s ability to make decisions about litigation that are in the best interests of the federal government and taxpayers.”

This announcement interestingly coincides with the Center for Biological Diversity vs USFWS lawsuit to undo the 2020 opening of 2.2 million national wildlife refuges to new fishing and hunting opportunities because lead ammunition and tackle use is allowed. USFWS entered into settlement talks with the radical environmental organization. As a result of apparent talks, the DOI just proposed a rule, 2022-2023 Station-Specific Hunting and Sport Fishing Regulations, to phase out lead use at several national wildlife refuges by 2026.

This isn’t the first time the Biden administration gave a nod to “sue and settle” practices.

In enacting environmental laws, Congress included tools to ensure that the EPA carries out its vital mission to protect human health and the environment for all. In environmental statutes, and in tandem with the Administrative Procedure Act, Congress commonly has adopted provisions authorizing judicial action against the EPA, such as citizen suits to enforce deadlines and judicial review processes related to final agency action. At the same time, parties, including federal agencies. frequently enter into settlements to avoid expensive and resource-intensive litigation, where appropriate. Settlements can preserve resources of the parties and the courts; in many instances they can be the most practical, economical and efficient path forward while also serving the public interest. Appropriate settlement of environmental claims against the EPA preserves agency resources to focus on the vital work the agency carries out under the environmental statutes.

Mandy Gunasekara, former chief-of-staff to EPA Administrator Andrew Wheeler, expressed her disappointment with the revocation of these Trump-era rules.

“Sue and settle became a tool for environmental activists to set favorable regulation through litigation. The process circumvented public transparency and participation requirements so the outcomes were more extreme,” Gunasekara remarked to Townhall.com in an email. “Instead of the agency setting standards to improve public health and the environment consistent with balanced principles set forth by Congress, the system was manipulated to achieve the ends of extreme groups working to put certain American industries -- coal, oil, natural gas --  out of business.”

She added, “I'm disappointed but not surprised the Biden Administration has reinstated “sue and settle” within EPA. Biden appointees will shovel taxpayer dollars to their political allies while setting unworkable standards as part of their ongoing war against fossil fuels.”

Sue and Settle Explained and How to Reform the EAJA

“Sue and settle” was largely born out of the Equal Access to Justice Act (EAJA) of 1980.

According to the Congressional Research Service, the law “significantly expanded the federal government’s liability to pay the attorney’s fees of parties that prevail against the government in litigation or administrative proceedings.”

“EAJA was passed primarily in response to demands from the small business community, which was laboring under the increased environmental, consumer and health and safety regulations of the 1960s and 1970s,” attorney and author Lowell E. Baier told Bugle Magazine. “The concern was that when an agency such as OSHA or the EPA improperly fined a small business, the small business might win in court but be bankrupted by having to pay its lawyers.”

However, legislative remedies are available to rein in EAJA abuses.

“Sue-and-settle tactics are used solely to hide an agency’s regulatory ambitions from the American people until it is too late,” Grassley said in a press release. “This practice hurts families, businesses and even entire states through burdensome red tape, and it makes a mockery of the public accountability and transparency protections established by the Administrative Procedure Act. This bill restores the American people’s seat at the table when agencies debate imposing new federal regulations.”

The law, if passed, would “impose certain limitations on consent decrees and settlement agreements by agencies that require the agencies to take regulatory action.”

In sum, both DOI and EPA should prioritize transparency by restoring both the Trump-era website and memo, respectively. If they fail here, expect more distrust between conservation stakeholders and the federal government.