Gabriella Hoffman
|
Posted: Jan 22, 2021 9:07 AM
Share   Tweet
The opinions expressed by columnists are their own and do not necessarily represent the views of Townhall.com. 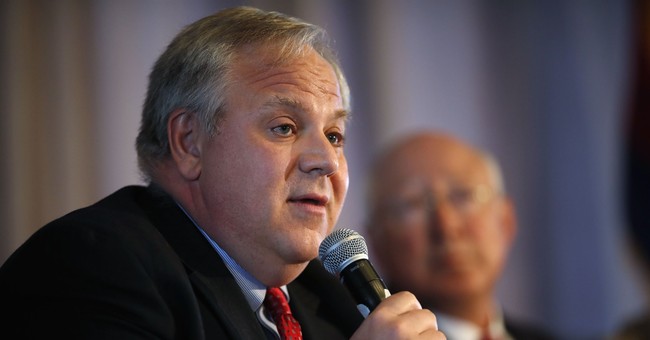 Hunters, anglers, ranchers, and other outdoor recreationists who felt voiceless during the Obama years welcomed the conservation policies advanced by the Trump administration.

David Bernhardt, the 53rd Secretary of the Interior, believes he championed their interests well in a few short years.

Secretary Bernhardt first rose to prominence as Interior Deputy Secretary under Ryan Zinke. Following Secretary Zinke’s resignation in late 2018, President Donald J. Trump soon nominated Bernhardt as Zinke’s replacement. Given his past experience working in the department under President George W. Bush, he was a natural successor. The Senate confirmed him in April 2019.

Bernhardt then continued where his boss left off. He brought more sportsmen and women to the table. He and his staff championed shooting sports. They strived to improve stakeholder relations across the U.S. (especially out West).

The former Trump Cabinet official recently spoke to me by phone about his time at Interior, his working relationship with President Trump, and what the future holds for him.

Former Secretary Bernhardt began our conversation by praising his boss and offered, “I think this President [Donald Trump] has had some incredible accomplishments...for recreation and for true conservationists.”

He added, “That thing was dead without him stepping forward and saying, let's do it. And then, you know, driving Congress to introduce legislation and then pass it. I think that will be one of his biggest legacies—and certainly in the recreation space.”

“I think we've now opened over...4 million acres to new opportunities or expanded opportunities,” he said. “We just are finalizing concession policies for fish that I think will lead to other—better—recreational opportunities in the future in parks.”

“The one thing I would say about the recreation and conservation work we've done, a lot of it has very significant bipartisan support,” the secretary added.

Bernhardt, however, is confident Trump’s agenda “set a positive position for stewardship, conservation, working with states, focusing on hunters and anglers and recreational activities.”

He also spoke about his work modernizing the Endangered Species Act (ESA) since a mere 2-3 percent of listed imperiled species have successfully recovered since 1973.

Bernhardt is aware his likely successor, Congresswoman Deb Haaland (D-NM), pending Senate confirmation, will adhere to a different conservation philosophy than his.

I proceeded to ask him what advice he’d dispense to her about the role.

“I've worked for three different secretaries. And my takeaway from there, working for them, and with me...every Secretary does things a little differently,” Bernhardt said.

He said Interior Secretaries must be guided by three things: the law, the facts, and the policy views of the president they serve.

“My view is that as long as you run the facts and understand the law—and discretion space you have—then you make the best decision that you believe and you articulate that decision,” he added. “And that decision should be sustainable.”

A Glimpse Into His Post-Secretary Life

The outgoing Interior Secretary has returned to Colorado to begin life post-Trump administration.

What do his plans include? Training a new Labrador puppy and getting some hunting and fishing time in, he told me.

“I have a 12-year-old Lab that's been my great hunting companion. He's getting a little old,” he remarked. “After the election, that next weekend, my daughter and I and [my] wife drove out and got a second Lab. So I've been working that Lab pretty hard.”

When I asked Bernhardt about his future, he replied, “I haven't given it really any thought. I figure I'll have plenty of time to sit in a duck blind and figure out what I want to do when I grow up.”

“I've had one of the greatest jobs a person could have working with a president who enabled me to lean forward and get stuff done—who wanted to fix problems and wanted to do great things for conservation. And he [President Trump] gave me that opportunity to push forward.”

Townhall readers are welcome to listen to former Interior Secretary Bernhardt’s full remarks on my District of Conservation podcast and my YouTube Channel.