Jewher Ilham: A Voice for Uyghurs

Gabriella Hoffman
|
Posted: Sep 11, 2020 12:01 AM
Share   Tweet
The opinions expressed by columnists are their own and do not necessarily represent the views of Townhall.com. 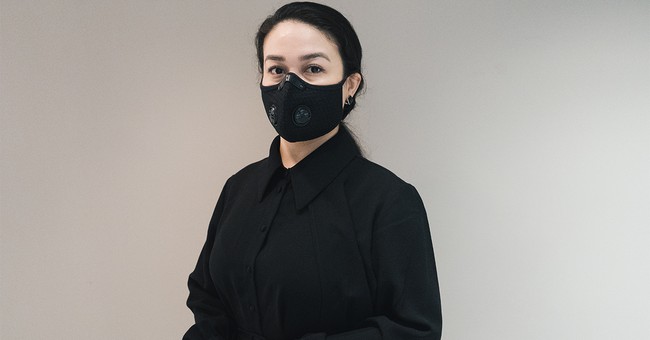 Although professional sports teams and Hollywood ignore and downplay the Chinese Communist Party’s (CCP) ghastly treatment of this ethnic minority, others are catching on thanks to firsthand dissident testimonials.

Jewher Ilham, for example, didn’t expect to be a voice for her fellow Uyghurs.

This changed after her father, lauded scholar Ilham Tohti, was arrested at the Beijing airport in February 2013. Tohti was en route to Indiana University in Bloomington with his daughter for a fellowship.

Why Jewher Fights for Her Father

“I want to thank the Chinese government for one thing: It was allowing me to leave,” Jewher emphasized.

After being detained and arrested, Jewher’s father was sentenced to life in prison in 2014. She’s uncertain if he’s still even alive today, since she hasn’t heard about his status in three years.

The activist said her father was a unifying “moderate” voice between Uyghur Muslims and Han Chinese. But that, among many things, was unsettling to the CCP.

“What got him [my dad] targeted by the government? It was because of his advocacy work,” she said.

She wrote a book, Jewher Ilham: A Uyghur's Fight to Free Her Father (2015), to draw awareness to her father’s ordeal and the persecution of fellow Uyghurs.

The 26-year-old author and speaker is on a mission to educate people about China’s inhumane treatment of Uyghurs. And she is undoubtedly succeeding in her quest to do that.

At least one million Uyghur Muslims, including Jewher’s father, are imprisoned in CCP-run concentration camps in northwestern China.

These are state-sponsored re-education camps actively promoting the erasure of Uyghur ethnic, cultural and religious customs. Numerous reports have confirmed forced sterilizations, abortions, and contraception at these prison camps.

Jewher told me female detainees are often raped, and all detainees are shaved bald against their will. To her, the crimes committed back there eerily remind of Nazis crimes against Jews during World War II.

“All those images [from Nazi Germany] deeply resemble the stories that I heard from those former [Uyghur] detainees or camp survivors or those family members,” Ilham said.

As Secretary of State Mike Pompeo aptly put it, “The Chinese Communist Party’s human rights abuses in Xinjiang, China against Uyghurs and other Muslim minorities rank as the stain of the century.”

How Jewher is Shining a Light on CCP’s Crimes

For the last seven years, Ilham has been given a platform to share her family’s story and supplement it with public policy work.

She has testified before Congress and international bodies on behalf of her father—including the U.S. Congressional Executive Committee on China and the U.N. General Assembly She’s also met with U.S. Secretaries of State past and present—including John Kerry and Mike Pompeo.

Last July, President Trump invited Jewher and 26 other individuals representing 17 countries to the White House to share their experiences with religious persecution. In February, she addressed the Geneva Summit for Human Rights.

As more comes to light on China’s abuses of Uyghurs, the U.S. government is aggressively responding—as it should.

Shortly after our interview, the Victims of Communism Memorial Foundation announced Jewher had joined their organization as a Uyghur Human Rights Fellow.

She just published a scathing op-ed in the Daily Beast about Disney’s poor decision to film the new “Mulan” movie in Xinjiang. She wrote:

As a child growing up in Beijing, I loved the legend and the fun Disney cartoon version produced in 1998. Little did I know that I, like Mulan, would later be fighting for my own father—helping to carry on his work while he is unjustly imprisoned. I hope, like her, to achieve victory by one day gaining my father’s release.

Today, sadly, a new retelling of the Mulan story, once again by Disney, is profiting from the oppression of my people.

Jewher hopes to educate Americans and others around the globe about her fellow Uyghurs. Groups like Uyghur Human Rights Project, she told me, are doing yeoman’s work to draw attention to them.

Ilham is currently producing a documentary called “Static and Noise.” Once finished and available to the public, the project is expected to make major waves.

Townhall readers are encouraged to follow Jewher Ilham’s efforts on Twitter and can catch more of our conversation here and here.