The Far Left’s Aversion to Personal Responsibility is Problematic

Gabriella Hoffman
|
Posted: Sep 07, 2020 10:00 AM
Share   Tweet
The opinions expressed by columnists are their own and do not necessarily represent the views of Townhall.com. 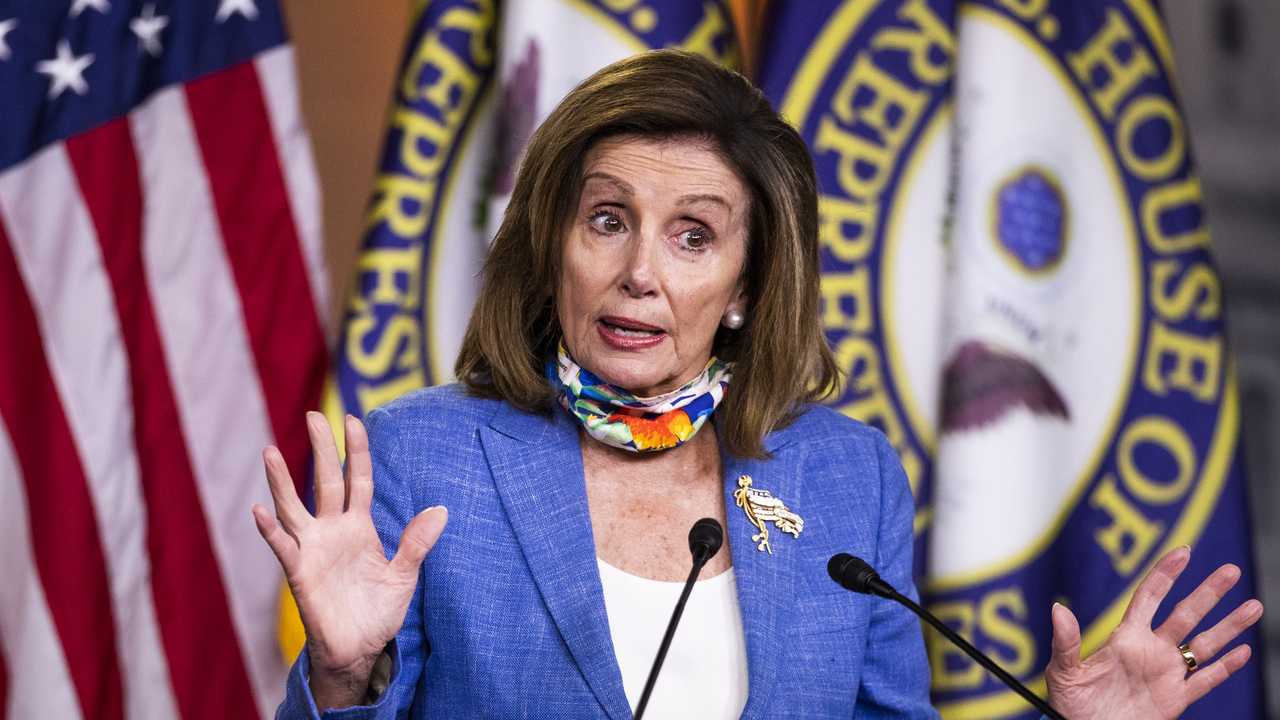 Speaker of the House Nancy Pelosi (D-CA), like many of her far-left compatriots in Congress, has an aversion to personal responsibility.

After her blowout appointment at eSalon was brought to light through surveillance footage, she had the gall to accuse its owner, Erica Kious, of setting her up.

Instead of apologizing for blatantly ignoring rules in her beloved San Francisco, Pelosi “took” responsibility for falling for the alleged set-up.

But this is nothing new for Madam Speaker and her ilk. They consistently get away with this type of behavior.

Progressive Predilection to Assign Blame to Others

Speaker Pelosi isn’t alone in assigning blame to others for her mistakes.

Many on the Left blame other persons or figments of the imagination for much of their errant ways.

Last year, it was revealed Governor Ralph Northam (D-VA)’s medical school yearbook contained a picture of him in a KKK hood or blackface. Not surprisingly, he admitted —then walked back— his comments confirming this. Had a Republican done this, they’d be gone. If Northam had any self-respect, he would have resigned. Instead, he survived and helped usher in the new Democrat majority in the General Assembly last fall.

Gun controllers, like their progressive brethren, routinely use scapegoats to evade addressing problems involving crime. Instead of tackling criminal control, they automatically blame gun manufacturers and law-abiding gun owners. And to whose detriment? Everyone but the criminals.

Emulate the Framers on Personal Responsibility

Instead of trying to cancel our Founding Fathers, Pelosi and other Democrats ought to revisit their work implementing this ideal into our constitutional representative republic.

The first recorded mention of “personal responsibility” in the English language likely came from Nathaniel Gorham, a Massachusetts Delegate to the U.S. Constitutional Convention in 1787.

On July 18, opposing a motion that Congress nominate judges, Massachusetts representative Nathaniel Gorham argued that the president would be more likely to “look through all the states for proper characters.” By contrast, Gorham said, “public bodies feel no personal responsibility, and give full play to intrigue and cabal.”

Gorham and his fellow Framers didn’t pioneer the concept of being “a personally responsible agent” but borrowed heavily from texts like Homer’s Odyssey to determine how our nation would be governed:

Thus personal responsibility is not just an originally American formulation but a uniquely political one. The Federalists leveraged the phrase as they invented a nation. Presumably, the words floated through alehouses before they flowed from any statesman’s pen. But among politically active men who wrote prolifically, the oral probably did not long precede the written use. “Responsibility” was an old concept that found its fullest expression in the new world.

A Uniquely American Ideal for Everyone, Not Just Conservatives and Libertarians

In a 1994 address to Heritage Foundation, Dennis Prager described personal responsibility as the following:

“Our society was founded on an ideal: Who your ancestors are doesn't matter; who you are matters. You rise or fall on your achievement or your failure.

Many, unsurprisingly, assign this ideal to political conservatism and libertarianism—and for good reason.

These political philosophies encourage individuals to be held accountable for their actions, both good and bad. Awesome. How could one not support this?

That being said, the notion of personal responsibility shouldn’t be exclusive to us center-right folks. It should be embraced by everyone.

We are taught if you wrong someone, we must admit fault and apologize— not accuse them of setting us up. We are taught if we, on our own volition, work hard and follow the rules, we can succeed in life. If we fall short, we don’t blame “the system” for failing to guarantee outcomes.

In sum, our fellow Americans should strive to improve upon their shortcomings—not blame others for their failures.

Personal responsibility is a uniquely American ideal superseding partisan politics, yet our friends on the Left have a predilection to blame a scapegoat for their problems.

Voters should demand a return to the basics—to a time where all people who commit egregious blunders or abuse their power are held accountable.

This timeless ideal is sorely lacking in politics today, and many elected Democrats are guilty of discouraging it.

Want to “build back better?” Look in the mirror and own up to faults. It’ll make you a better person.