If Unemployment is 6.7% Shouldn't We Have a Housing Boom? 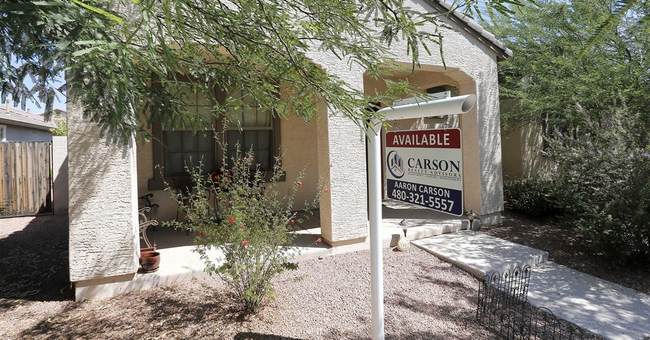 The National Association of Realtors Chief Economist Dr. Lawrence Yun reported 5.09 million home sales in 2013. December was widely reported as up by the media, but only 1% over a November that was revised down. Year over Year December was down 0.6%. The second consecutive monthly decline.

To say the year in housing ended with a whimper would be an understatement.

But wait a minute, isn't the job market improving with only a 6.7% unemployment rate? If more people are working doesn't that translate into more people buying homes? The unemployment rate is as bogus as the inflation rate or we would be selling more homes and ground beef.

As a member of the National Association of Realtors I understand the desire to put a positive face on housing numbers to benefit members, however, to say the reason for the slowdown is due to a lack of inventory and bad weather is a stretch.

We are heading towards an inventory shortage eventually because new construction has never recovered. New home construction remains at half the rate of pre-recession levels, and the recession ended four and a half years ago.

It is noteworthy that the number of mortgage applications were down by 66% in 2013. The reasons are twofold, rising interest rates killed the refinance market, and cash sales were at historic levels. Primarily from major investors entering the own to rent market gobbling up foreclosures. That too is slowing to a crawl.

If interest rates continue to rise into the five percent range the inventory of homes for sale will be hurt because anyone who doesn't have to sell won't trade a mortgage at or below 3% for a 5% mortgage.

Regardless the shortage of inventory you must still have demand, and demand comes from family formation and job growth. With 18 to 34 year olds accounting for 46% of all unemployed Americans most of the family formations are those based on love not money. Does love count toward a loan approval?

Obamacare casualties continue to mount, but the toll from employers cutting hours to part time, and laying off employees to avoid the mandates has harmed demand. When tens of millions with employer paid policies start getting cancelled and have their premiums increased, look out housing.

The president and his chief adviser Dan Pfeiffer can claim they have created 8 million jobs all they want, which you will hear in the State of the Union, but they won't tell you most of those jobs were part time and that eight million barely surpasses population growth during that time.

That means a net zero improvement in the labor market or adding demand for housing. Why no mention of the record 92 million working age Americans out of the workforce and the workforce participation rate the lowest since 1978?

The best thing to happen to the real estate market has been the hard winter. There is pent up demand building because people can't or don't want to get out and look at homes. When the weather breaks we will have a huge rush of home sales, but it won't last long without job creation.

The good news is that the president in his State of the Union message will chide the dangers of inequality, call for an increase in the minimum wage, more infrastructure spending, and more pre-school programs.

Yes siree Bob, that should cause an explosion in job growth not seen since the Stimulus and the Summer of Recovery!

Back to Dr. Yun and another statement he made.

Really? If 1.54 million of those were part time jobs, please refer me to the lender who will approve a mortgage for these part time employees. Maybe they will loan on love too?

The opinions expressed here are solely those of Fritz Pfister or identified sources, and not necessarily those of RE/MAX Professionals of Springfield, RE/MAX International, or The Capital Area Association of Realtors.