2014 Have We Turned a Corner in Housing? 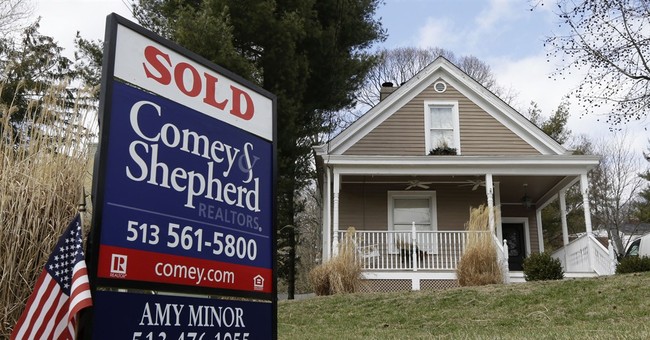 The National Association of Realtors will be releasing the sales data for 2013 on January 23. At last report through November the number of home sales has been on pace to fall just under 5 million at 4.90 million.

Do these sales numbers indicate we have turned a corner in housing? Not in my opinion. We seem to be stuck in the perpetual headed in the right direction mode, made famous by the running in place Obama economy.

In 2014 the major influences upon home sales will be jobs, mortgage interest rates, incomes, disposable income, and government regulations.

As long as Obamacare is on the books with the 30 hour full time employment definition we can expect a continuing boom in part time jobs which does nothing to help the housing market unless you are a landlord.

ADP was out again with their estimates for job creation in December, and they estimate the strongest monthly gain of the year at 238,000. Of course Mark Zandi of Moody’s Analytical repeated for the umpteenth time, “It appears that businesses are growing more confident and increasing their hiring.” Hello Mark, didn’t the recession end in June of 2009?

In my opinion the job market will remain stagnate to barely increasing beyond population growth doing little to help the 25 million unemployed and underemployed. Housing can expect little help building demand from job creation in 2014.

Mortgage interest rates will be the wild card. The new boss is the same as the old boss at the Federal Reserve and admitted this week in the FOMC meeting that the bond purchase program is losing its effectiveness (can you remember when it was effective?), and tapering of bond purchases would continue, unless of course the economy takes a turn for the worse then we could resume purchasing more bonds.

In other words, the Fed has painted themselves into a corner and have no way out until the paint dries.

Regardless, the historically low thirty year mortgage rates around 4.5% have already taken a toll on purchasing power up from the record low 3.0%. The rate of increase in home prices, driven artificially high by cash buyers and investors, is slowing and may go into reverse this year.

Any significant increase in mortgage rates will cause a significant slowdown in home purchases.

Incomes. Who really expects incomes to rise after falling 4.3% since 2009 when there is a labor pool of 91 million working age adults not in the workforce? What incentive, excepting for specialists, would a business have to begin passing out big raises?

Incomes like jobs will move little, if any, and will not help add demand for housing.

The biggest impact already occurring is the declining disposable incomes of the middle class family. Obamacare rate shock is the primary driver, however the non-inflation highest price of beef, and soon to be energy prices, due to about to be released flat earth, no growth, environmental regulations on coal fired power plants drives up the cost of electricity. Pity the senior citizen on a fixed income.

People who don’t have any money left over after the bills are paid don’t typically run out and make big purchases, unless they work in government and are spending somebody else’s money.

Finally the new Qualified Mortgage Rules went into effect on January 1, 2014 with the proverbial big government one size fits all dictates. The income qualifications, and loan to debt ratios are being tightened up making it more difficult to obtain a loan. A good idea about ten years too late.

So there you have it. Have we turned a corner in housing? Yes.

It’s like the old blond joke. Take a napkin and write on both sides; How do you keep a blond busy all day? Then write “turn over”.

Or if you prefer, substitute Keynesian for blond.