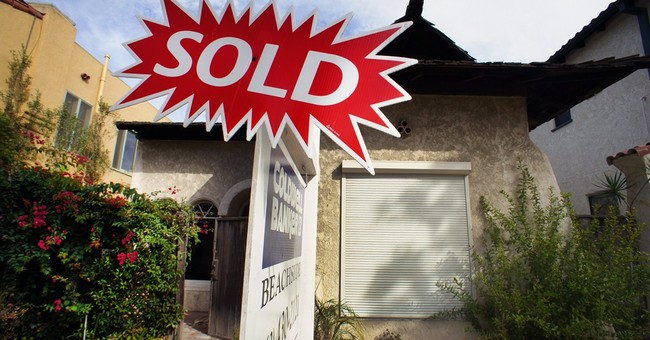 Things are seldom as they appear. It was reported this month in USA Today : “Spending on U.S. construction projects rose in July, led by strong gains in housing and nonresidential projects.”

Overall construction spending was up 0.6% in July from June, however that was compared to a June that was adjusted up to 0.0 from down 0.6%. Great news we increased 0.6% from zero. Where was the bulk of increased spending? Hotel and motel construction. The market is smokin!

USA Today accurately reports that ‘overall’ construction spending increased 0.6% but lump apartment construction with single family construction because after all they are both ‘residential’. It’s good news if you are looking to buy an apartment building, hotel, or motel I suppose.

As our friends at Political Calculations wrote at TownHall recently: The First Anniversary of the Second Housing Bubble, lays bare the fact that the cost of new construction rose $25 for every $1 in median income.

Contributing to the rising cost of construction are new EPA ‘green’ mandates, and new OSHA ’safety’ mandates adding, dependent on location, 8% to 12% to the cost of building.

These central planners at the EPA and Labor never calculate the human reaction to their mandates for ‘the common good’. Adding to the builder’s woes are the rising costs of land, of development, and building materials.

These factors combined have raised the price of a new home to about 25% more than a comparably sized and located existing home. What’s the human reaction here? Honey would you like the new home for $450,000 or the similar five year old home for $337,500? (Hint, the central planner will never get the right answer, let alone think of the question.)

Better yet the central planners commonly known as federal bank regulators have collaborated to adopt weaker lending guidelines again just as in the first housing bubble. Under pressure from those great bastions of economic wisdom:

Now the regulators from the Fed, FDIC, SEC and the save stupid people (and you’re all stupid to the liberal central planner) from the greedy evil racist lender, the newly created leviathan Consumer Financial Protection Bureau is all on board with risking more bad loans to prevent even a hint of housing discrimination.

This time actuaries estimate a potential 23% default rate. Great, we can look forward to more bad mortgages packaged once again to sell to Wall Street to sell to Foreign investors. Does this sound familiar? But don’t worry, Dodd-Frank did nothing to prevent too big to fail and you the taxpayer are on the hook again.

What has been the human reaction to rising mortgage interest rates? At last report mortgage applications were down 50% from the peak this year, and major lenders were laying off employees as the refinance market evaporated.

If you want to predict the rate of home sales to conclude the year attempt to identify the human reaction to what the central planners ignore. The debt ceiling debate (aka: mortgaging the future). The budget (aka: how to hide profligate spending). The run up to Obamacare exchanges (aka: how to add $6 trillion to the debt in one easy step). Immigration reform (aka: the surrender of American sovereignty, or the open borders act). EPA CO2 mandates (aka: how to increase the cost of everything).

How will those lucky enough to remain employed react to these September government machinations? Will people be inspired to run out and buy a new home? Well not a real new home, they’re too expensive, rather ‘another‘ home?

Of course we can’t count on those 591,000 Americans who gave up looking for work in August, however we should be thankful to them for graciously giving up on life so Obama can say the unemployment rate fell again and we are headed in the right direction.

Who says the American spirit is dead?