House Appropriators Should Put A Stop To Micro-Unions 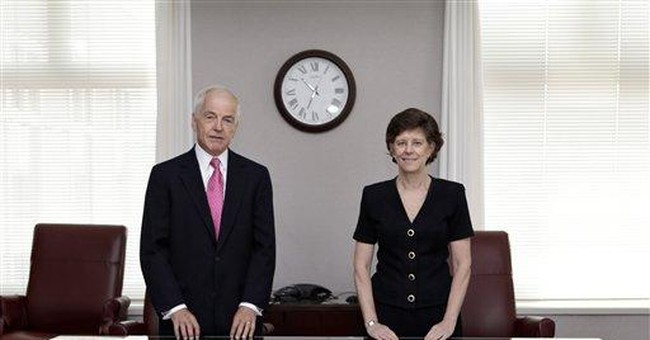 Last week, the U.S. House Labor, Health and Human Services Appropriations Subcommittee voted in favor of disallowing any funding toward implementing the National Labor Relations Board’s (NLRB) flawed decision in the Specialty Healthcare case. The NLRB decision enabled the formation of micro-unions in American workplaces, which has resulted in an outcry from small businesses across the country. The FY 2013 Labor, Health and Human Services Appropriations Bill, which passed the subcommittee, now heads to the full House Appropriations Committee in the coming days.

The legislation is important because it comes on the heels of a vote on an amendment defunding micro-unions in the U.S. Senate Committee on Appropriations. Unfortunately, the FY 2013 Departments of Labor, Health and Human Services, Education, and Related Agencies Appropriations Bill in the Senate still maintains funding for the Specialty Healthcare decision, which allows small unions with as few as two or three members to be formed in workplaces.

The issue of micro-unions has gained more and more attention as the Retail, Wholesale and Department Store Union recently successfully petitioned to represent women’s shoes sales associates in Bergdorf Goodman’s Fifth Avenue store in New York. The micro-union is composed of only 42 of the store’s 372 sales associates. And while the retailer sought a storewide unit or one with all its sales associates, the NLRB’s regional director ruled in favor of labor organizers and against the employer.

This leaves American job creators with little recourse outside pursuing the matter in the courts and Congress. From a legal perspective, the Sixth Circuit Court of Appeals is reviewing the Specialty Healthcare decision at the appellate level. And from a legislative perspective, the matter can be addressed in appropriations bills, but also standalone legislation, which has been introduced by Senator Johnny Isakson named the Representation Fairness Restoration Act (S. 1843), which restores the traditional standard for determining a collective bargaining unit. Last year, the House passed the Workforce Democracy and Fairness Act (H.R. 3094), which among other things, also prohibited the formation of micro-unions.

This concept of a micro-union originated with former NLRB member Craig Becker, who was previously counsel to the Service Employees International Union (SEIU) before joining the board and was unable to garner sufficient bipartisan support in the Senate, and therefore received a recess appointment by President Obama. Becker has since joined the American Federation of Labor and Congress of Industrial Organizations (AFL-CIO) as general co-counsel.

The beneficiary of this misguided standard is Big Labor bosses who gain a foothold in businesses with micro-unions due to their inability to convince a majority of workers to support the formation of a union. The result will be a proliferation of small unions in workplaces, which dramatically increase an employer’s labor relations costs as the business owner will be required to negotiate and apply multiple collective bargaining agreements. It also increases the likelihood of unrest and workplace disputes as many different unions with differing goals represent different employees all under one roof.

Therefore, the upcoming vote in the U.S. House Committee on Appropriations on the FY 2013 Labor, Health and Human Services Appropriations Bill sends an important message to the government bureaucrats at President Obama’s labor board, but also takes another step toward ending the job-killing micro-unions that threaten employees and employers throughout the nation.