Time to Look Ahead 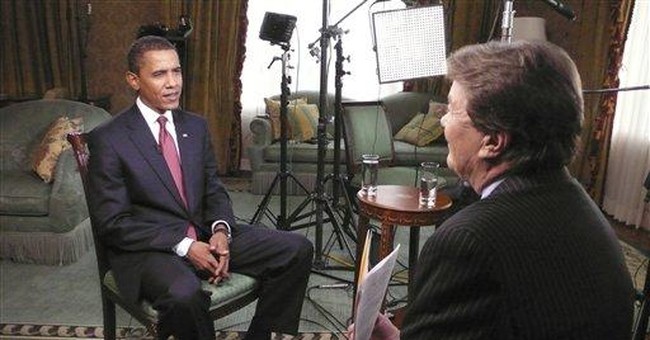 Editor's note: This article is from the December issue of Townhall Magazine. Click here to subscribe and receive a free copy of Reagan's Revolution: The Untold Story of the Campaign that Started It All by Craig Shirley.

I’m sure after this two-year campaign everyone would like to take a deep breath and put aside politics for a while. The holiday season approaches. It is time for all of us to give thanks for the many blessings we have been given.

But our gratitude for life and liberty should also serve as a reminder that what we were working so hard to achieve these past few years still very much hangs in the balance. And it is up to each of us to continue that fight. Our participation as citizens of the United States does not end once we’ve pulled the lever in the voting booth. That ballot is just the beginning.

We are now living in a nation controlled by a Democratic Party committed to cutting the budget for our national defense, raising taxes and nibbling around the edges of our personal freedoms in the hopes none of us notices. Democrats will do it through regulation in the executive branch, legislation in Congress and rulings from the judiciary.

This activity will be taking place during a time when we know that somewhere in the world our worst enemies either have, or are trying to get their hands on, the most dangerous weapons known to man. Small rogue nations are developing nuclear weapons to threaten us and our allies. Some large nations are engaged in massive military buildups, while others seek to take advantage of our weakened financial condition to wage a kind of economic warfare that is only now possible because of our global economy. And all the while the greatest economic threat of our lifetime and our children’s lifetime—the bankrupting of our entitlements systems—will be ignored.

It’s not a pretty picture, is it?

But if the time I spent traveling around America the past 18 months has given me anything, it is hope. And it if has confirmed anything for me, it is this: America remains the greatest country in the history of the world, and our citizens who care about our nation’s founding values—freedom, free markets, respect for life and the rule of law—will not stop defending these values as much as some of our fellow citizens and leaders might wish they would.

The Democrats and their P.R. machine known as the “mainstream media” liked to talk about 2008 as an election about “change.” Well, let me tell you, by their nature, every election is about “change.” In fact, responsible change is the essence of conservatism. We must change in order to preserve what is best about our country. We have always been able to accommodate constructive change without turning our back on our first principles.

But now, we should admit that we didn’t do a good enough job of holding our elected officials accountable over the past few years when spending got out of control, and we seemed to lose sight of the policies grounded in our first principles. It’s going to be a high price we pay, but we must not lose sight of what we must be doing now: fighting for conservative change we want today—and tomorrow.

We are going to have to use every tool we have—grassroots organizations, think tanks, magazines, talk radio, the Internet—while building new institutions to blunt the efforts of a left-wing establishment that appears willing to use uncertainty to impose an agenda that would never see the light of day in normal times.

The challenge will be to fight the Democratic instinct to let government meet every need and solve every problem and to divide our nation by class and race, while also laying the groundwork for the kind of historic mid-term election we achieved in 1994.

We gained those victories with a focus on innovative, free-market, pro-freedom, policy solutions to issues like welfare reform, promising to cut spending and balance the budget, and recruiting a host of talented, young (and perhaps not-so-young) men and women willing to step into the arena and run for office.

We have the formula—a conservative formula—that has worked before and will surely work again. It is grounded in our first principles. It’s time we moved past the recriminations and seven stages of grief. It’s time to look ahead, to stay united and to defend the values that we know must endure if our nation is to do the same.