America, We Have a Problem -- It's a Constitutional Crisis 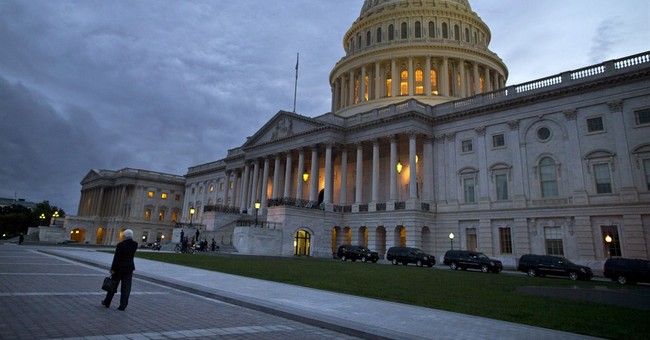 On the day before Thanksgiving this news was posted at a blog on the website of the Department of Health and Human Services: The President of the United States had just made a change in the “Patient Protection and Affordable Care Act,” better known as ObamaCare.

Shortly thereafter the Speaker of the House issued a statement in which he commented that “the president bit off more than he can chew with this health care law” and, “This law has been an absolute disaster.” Speaker John Boehner went on to say: “If the president won’t repeal it, he should at least delay the entire law before it wreaks any more havoc…”

America, we have a problem: We are in the midst of a serious constitutional crisis.

Consider what has been happening in our nation’s capital: President Barack Obama has asserted and acted upon the notion that he can at whim and by decree make changes to law – and Speaker Boehner is complicit both by his continuing acceptance of the president’s unilaterally changing law and by his publicly urging the president to do so one more time.

Worse, the president’s behavior is not some careless one-time blunder – it’s a calculated pattern of conduct.

President Obama has by edict changed provisions of laws governing welfare, drugs, education and especially ObamaCare, changing the employer mandate; changing requirements of the federal exchanges for small businesses; switching a strict income verification requirement to honor system self-verification; changing the federal exchange provision to obligate unauthorized billions of dollars in subsidies; bestowing upon Members of Congress the option of exempting themselves and their staffs from ObamaCare exchanges; changing statutory deadlines and reporting requirements; etc.

Besides refusing to abide by duly-enacted law, he has also actually fabricated law -- by enforcing provisions of legislation Congress had refused his request to enact, granting young persons illegally in the country immunity from deportation, using the absurd claim this was legitimate exercise of prosecutorial discretion when that’s something done on a case-by-case basis whereas his blanket action covered hundreds of thousands.

Congress as a whole has yet to so much as comment on his usurping its powers -- and most Members of Congress remain passive, even acquiescent, many adamantly so. True, a few – very few – of them are at long last beginning to take this very seriously and last week Congressman Tom Rice (R-SC) and 29 other Republicans introduced House Resolution #442 calling for the House to file civil suit challenging the constitutionality of President Obama’s actions on a number of these matters. But no one in the House Republican “leadership” is among the co-sponsors and no hearings have been scheduled on it. Nor has any similar resolution been proposed in the Senate.

And the media? They’re barely mindful that for some time now they’ve been witnessing yet failing to report on a constitutional crisis. They may now and then quote someone questioning the constitutionality of the president’s altering law, but generally they report his doing so as if it were usual procedure and emphasis is instead placed on things such the timing of announcement and how the change he’s made might affect the 2014 Congressional elections; that is, the media unwittingly see it as some minor partisan political squabble and report it thusly.

But anyone who passed elementary school social studies or American history knows – or should know – that a US law cannot be enacted, changed or repealed unless legislation proposing such passes both houses of Congress and is signed into law by the President (or in effect signed into law if the president takes no action for ten days and Congress is in session). A US President cannot, like some dictator or absolute monarch, all by himself create, change or repeal a law if he feels like doing so.

The US Constitution in Article 2, section 3, requires – requires, not merely authorizes – that the President of the United States “shall take Care that the Laws be faithfully executed.” This is not a power bestowed upon the president to exercise or not exercise as he sees fit – this is a controlling admonition ordering that he must execute the country’s laws. It’s his obligation, his responsibility, his burden, his duty. And he must faithfully do so. That is -- dependably, truly, devotedly, loyally, stalwartly, stanchly, steadfastly, determinedly, unwaveringly, resolutely.

If the Nixon era Watergate affair was -- as The National Archives, the nation's official record keeper, puts it -- “a constitutional crisis that tested and affirmed the rule of law” -- then so, too, does President Obama’s pattern of lawless, unconstitutional, alteration of law by arbitrary and capricious decree in deliberate and brazen violation of the explicit orders given him by Article 2, section 3, constitute a true constitutional crisis.

Just as the president has been violating his oath to “preserve, protect and defend” the Constitution, Members of Congress have, for the most part, been just as willing to violate their oath to defend and “bear true faith and allegiance” to it.

Such oaths matter. The Constitution matters. However despicable it was for the President and Members of Congress to lie about ObamaCare’s guaranteeing that you can keep your health care plan and keep your doctor, it pales in comparison with making a lie of their sacred oath to faithfully abide by the Constitution.

It is not even remotely close to the truth, as claimed by the Obama Administration and many Democrats, that such changes made by the president fall within his legal authority and, besides, other presidents have conducted themselves the same way. Try to think of any other president who has engaged in a pattern of altering law at whim and by decree. There is none. And even if another president had, that would be a two-wrongs-makes-a-right excuse.

So many abuses of the Constitution cry out for attention, among them that while no revenue bill can become law unless it arises in the House, ObamaCare arose in the Senate, not the House

“You can always sue,” declared one prominent Democrat a couple of weeks ago, knowing full well that while this sounds simple, it’s simplistic. The courts, especially the Supreme Court, for good reason have always been strongly averse to intervening in political disputes between the other two branches of government. It’s very difficult to establish damages to gain standing to sue – but difficult is not necessarily impossible and this needs to be pursued.

A strong case can be made that at no other time in American history has the country witnessed such a pattern of presidential contempt for the constraints of the Constitution and the principles of rule by law – and an even stronger case that at no other time would Congress, the media and the people have been so almost aggressively apathetic about such a threat to the Republic.

Congress should – but doesn’t – have enough sense of responsibility to refuse to permit such hijacking of its Constitutionally-required role in law-making.

Under our system of government, the political opposition – the Republicans – have a duty to sound the alarm about abuse of power. It’s long past time for Republicans to begin responding to presidential trampling on the Constitution with better than mere boiler-plate cliché commentary about policy differences and emphasize first and foremost the threat posed by lawless, unconstitutional, conduct. Because it is an institutional, as opposed to individual member, action, passage of House Resolution #442 calling for the House to file civil suit challenging the constitutionality of a number of the president’s actions just might gain standing and result in serious court action. Speaker Boehner would be remiss not to test this.

It is also well past time that the media stop overlooking this constitutional crisis and begin serious in-depth reporting about it and its profound implications for the country.

A people whose heritage is to live under the rule of law governed by the world’s oldest written constitution have every right to expect and demand that a government whose very existence is based upon their consent be made to faithfully abide by law and Constitution just as they must – and they have a duty to the cause of liberty to resist such abuse of power.

It is time for every good citizen to demand of each and every one of our country’s elected representatives that they acknowledge our current constitutional crisis and act to re-affirm the rule of law. The people need to make it known that this will be a major issue when they go to the polls for the 2014 congressional elections.