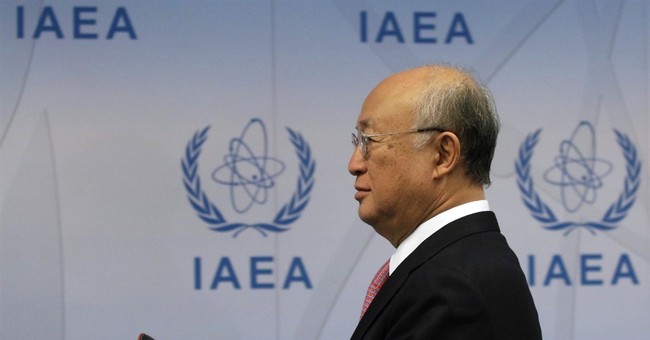 Eight years ago, the late James Schlesinger, who served as CIA Director, Secretary of Energy, and Secretary of Defense, denounced in a Wall Street Journal editorial one of the U.S. Intelligence Community’s most controversial intelligence assessments on Iran’s pursuit of nuclear weapons as “stupid intelligence.”

In addition to calling this assessment stupid intelligence, Harvard law professor Alan Dershowitz referred to it in a December 6, 2007 Huffington Post op-ed as “one of the most dangerous, misguided and counterproductive intelligence assessments in history.”

A December 2 report by the International Atomic Energy Agency, which was formally released on December 15, proved Schlesinger and Dershowitz were right.

The Iran intelligence assessment was a national intelligence estimate (NIE) which is supposed to be the U.S. Intelligence Community’s most authoritative analysis of a national security issue. Issued in November 2007, this NIE found that Iran halted its nuclear weapons program in 2003.

The IAEA’s new report found that Iran continued its nuclear weapons research at least until 2009.

Many experts rejected the 2007 Iran NIE as biased and politicized because it found Iran had halted its nuclear weapons program even though it continued to enrich uranium, continued work on a heavy-water reactor, and refused to explain over a dozen instances of likely nuclear weapons-related activities. I had similar criticisms of this NIE after reading the full classified version while I was a member of the House Intelligence Committee staff in 2007.

Despite its shortcomings, the NIE fit neatly into a liberal narrative at the time that the Bush administration lied about intelligence on Saddam Hussein’s WMD programs to justify the war with Iraq. It therefore was quickly portrayed by President Bush’s critics and the news media as an instance of intelligence analysts “speaking truth to power” against the Bush administration’s exaggerated claims about Iran’s pursuit of nuclear weapons.

As a result, Mr. Bush’s Iran policy was severely undermined for the rest of his presidency -- exactly the outcome the hyper partisan authors of this politicized NIE hoped for.

Schlesinger condemned the Iran NIE because he said it reached its controversial conclusion due to a policy by intelligence agencies not to get beyond “hard evidence” in analysis and to shy away from drawing conclusions and “connecting the dots.” This “gun shy” style of intelligence analysis began in the mid-2000s after U.S. intelligence agencies were burned for erroneous analysis of Saddam Hussein’s WMD programs before the 2003 U.S. invasion of Iraq.

This was Dershowitz’s view who also slammed the NIE as a “peace in our time intelligence fiasco.”

I explained in a December 2 National Review article that this month’s IAEA report on Iran’s past nuclear weapons-related work found that Iran engaged in “coordinated” nuclear weapons activities until 2003 and that some nuclear-weapons work continued until 2009.

The IAEA report said there were no “credible indications” of nuclear-weapons-related activities in Iran after 2009 which was not the same as positive evidence that they stopped. The IAEA report also said some of the answers provided to the agency by Iran during its investigation were not credible and were contradicted by other information.

Even though the IAEA’s report did not resolve all of the outstanding questions about Iran’s nuclear weapons program, the IAEA Board of Governors unanimously voted on December 15 to close the book on this issue. The Obama administration was not about to let this issue detail its legacy nuclear agreement with Tehran.

I believe the IAEA has no credible indications of Iranian nuclear weapons work after 2009 because the Obama administration stopped sharing intelligence with the IAEA on this issue soon after Mr. Obama became president. Congress needs to look into this and ask the IAEA about unconfirmed information it may have indicating that Iranian nuclear weapons research continued after 2009.

The congressional intelligence oversight committees currently are investigating allegations that analysis of ISIS by Defense Department intelligence analysts was politicized to reflect favorably on Obama administration. While this is an important investigation, Congress and the Republican presidential candidates need to recognize that politicization of intelligence analysis often occurs from within intelligence agencies to influence policy or to curry favor with government officials.

Schlesinger and Dershowitz identified this serious problem with U.S. intelligence analysis in 2007 which continues today. Over the past seven years, we’ve seen a sharp increase in politicized, consensus-based, and unimaginative intelligence analysis written to promote Obama foreign-policy objectives. The next president must understand that objective, “outside the box” intelligence analysis is crucial to protecting our nation from new and evolving national-security threats, and she or he must exercise the leadership to ensure that America’s intelligence community starts producing it.