If You Think Electing Anti-Abortion Candidates to Office Achieves Nothing, Consider the Results of Electing Pro-Choicers

Frank Pavone
|
Posted: Nov 05, 2016 12:01 AM
Share   Tweet
The opinions expressed by columnists are their own and do not necessarily represent the views of Townhall.com. 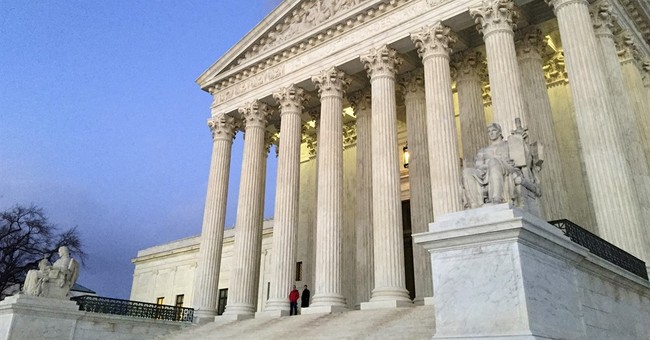 Among the absurdities I’ve heard during this election season are the following assertions:

“It doesn’t matter who gets elected President – it’s been over 40 years since Roe v. Wade and abortion is still legal.”

“Even if a politician says he’s pro-life and that he’ll appoint pro-life judges, nothing changes.”

“Overturning Roe v. Wade would only be a symbolic victory.”

Maybe you’ve heard statements like these from people who identify as pro-life.  They express a frustration with what some think is a lack of progress in protecting the unborn from brutal deaths.

In fact, though, the above charges are just plain wrong.  What’s more, they serve only to prevent progress, protect the abortion industry, and hurt babies, their mothers, and their families.

The undisputed truth -- documented by researchers such as Dr. Michael New -- is that pro-life laws save lives. And these laws now exist because the judges who upheld them were appointed by presidents who sought to protect human lives.

If anyone thinks it doesn’t matter who gets elected to make judicial appointments, consider what’s happened in the last four months.

Last June, the U.S. Supreme Court struck down Texas laws that would have required abortionists and abortion businesses to meet minimum health and safety standards, which in turn would have caused some unsafe clinics to close. Because of this decision, below-standard clinics in Texas – and in Wisconsin, Alabama and Mississippi - where similar laws have subsequently been rendered unenforceable –will remain open, with more women and their babies now at risk.

Piggy-backing on the Texas decision, the Virginia State Board of Health last week voted to rescind its health and safety regulations for abortion businesses.

A couple of weeks ago the federal Ninth Circuit Court of Appeals upheld a radical California law that requires pregnancy resource centers, some of which are faith-based, to inform clients that low- or no-cost abortions are available to qualifying women.  The First Amendment rights of pro-lifers in the western United States are no longer deemed worthy of protection.

In all of the above instances, the controlling majorities of the justices, judges and governing authorities, with the exception of one Supreme Court justice, were appointed by pro-abortion politicians.

Some like to point to the aberrations, appointees like Sandra Day O’Connor, David Souter, and Anthony Kennedy who were nominated to the Supreme Court by pro-life presidents and who subsequently produced tortured interpretations of the Constitution to strike down pro-life laws.

But those of us concerned with protecting human life need remember that pro-abortion presidents have never been disappointed with their nominees to the federal bench.  The election of a president who supports dismembering babies in the womb, without exception, has resulted in Supreme Court justices who agree with him.

It’s not just the Supreme Court where presidential appointments have an impact.

This is crucial.  Federal appeals courts hear about 50,000 cases a year.  The Supreme Court hears around 80.  As such, a great deal of legal precedent is established by the lower courts.  And with a Supreme Court that has been reluctant to take up abortion-related cases, those precedents will stand for longer periods.

What kinds of laws are we talking about?  According to Dr. New, an associate professor at Ave Maria University, these are life-saving laws.

Dr. New’s research shows that measures like the Hyde amendment that restrict Medicaid funding for abortions result in 37 percent of the women who otherwise would have aborted their babies giving birth instead.  In states with parental involvement laws, minors’ abortions have decreased 13 to 42 percent.  Informed consent laws that let women see color photos of an unborn baby’s development result in a three to seven percent abortion decline.

“Nothing changes”?  Elect pro-abortion candidates and see what happens.  Under this year’s Democratic Party Platform, all of the above laws and more would be subject to pro-abortion appointees wielding their judicial machetes.  The Democratic platform pledges to strike down the Hyde amendment and any other state or federal law that “impede[s]… access to abortion.”  In other words, no pro-life statute would be left standing.

Finally, if you think overturning Roe v. Wade would be merely “symbolic” because it would return abortion law to the states, think again. States would now be able to protect their unborn children, and many would. There are children and adults now walking the earth because of pro-life laws enacted even while Roe isin force. More will be saved when Roe falls.