Not All African Americans Starry-eyed for Obama 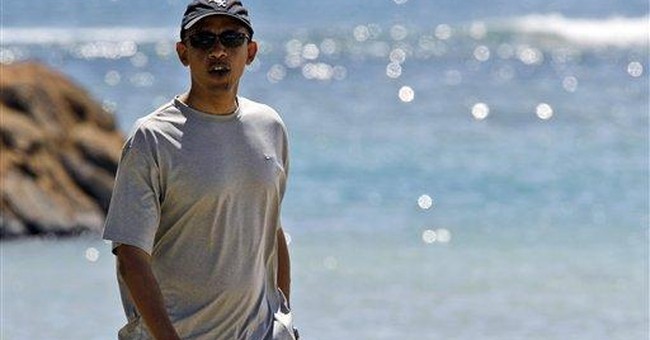 When Obama gives his stadium acceptance speech at the Democratic convention, it will be the night of the 45th anniversary of Dr. Martin Luther King, Jr.’s “I Have a Dream” speech. You can count on breathless reporters waxing dreamy about Dr. King’s vision fulfilled that historic night. However, not all African Americans agree. “Barack Obama is directly contrary to many positions and beliefs of Martin Luther King, Jr.,” says black author William Owens, Jr. “Obama is trying to make African Americans believe he is the reality of the Dream come true, but he’s not. It’s a nightmare.”

A recent Gallup poll reveals 91 percent of African Americans intend to vote for Obama. Nevertheless, there are dissenting voices trying to reach their community with a warning about the candidate. Dr. Alveda King, daughter of MLK’s younger brother, the late slain civil rights activist Rev. A.D. King, says, “Senator Obama’s answer to the ills of society, of higher government spending, weaker national defense, continued tax dollars to Planned Parenthood, and support of gay marriage, are diametrically opposed to everything African Americans truly believe and an anathema to the dream of Dr. Martin Luther King, Jr.”

“It is high time for Black America, White America and all America to stop making their ethnicity such a big deal that we become zealous for our color over being zealous for what is right and what is truth,” says Owens.

Mr. Owens, founder of Black Americans for Real Change (BARC), makes it known, “I will not remain silent out of fear of repercussions because it is politically incorrect for Blacks to challenge Blacks.” He says one aspect of Obama’s candidacy is “intimidation because many people are afraid to scrutinize Obama and speak out because of the race issue.” Owens believes Obama is manipulative of African Americans because “in reality he is not a Black American. His heritage is Muslim -- not African American” and calls Obama a pretender and panderer. He points out that the candidate’s record “does not remotely parallel the values, traditions and struggles of Black America.”

Having studied both MLK and Obama, Owens felt compelled to write a book to challenge African Americans “to look deeper at Barack Obama the man, his voting record, and his position on the important issues facing our country.” He urges them not to “put your race before your principles,” the truth, your family and your own country. His book, “Obama: Why Black America Should Have Doubts” has one chapter comparing the policies of the two men who are poles apart on many issues. Every American should read this eye-opening book. Owens says, “it is obvious Obama is trying to solidify the Black vote”, but he reiterates that any candidate needs to be closely examined.

With Obama’s voiced support and voting record for partial-birth abortion and every other pro-abortion bill, Alveda King takes issue with the senator over this topic. From firsthand experience she had before she was “born again” in 1983, King knows the problems a woman can suffer because of abortion. She is now a leader in both the pro-life and civil rights movements. “We can talk about poverty; we can talk about the war; we can talk about teen pregnancy; we can talk about incarceration. However, if we’re not allowed to live, we’ll never encounter those issues.” Although Blacks make up only 14 percent of the population, 40 percent of the abortions in the country are preformed on Black women, thus creating a virtual genocide of African Americans.

King recalls her Uncle Martin saying, “The Negro cannot win as long as he is willing to sacrifice the lives of his children for comfort and safety.” For Alveda King, abortion is a civil rights issue. “Every aborted baby is like a slave in the womb of his or her mother,” she explains. “The mother decides his or her fate.”

“In the shadow of the famous ‘I Have a Dream’ speech by my uncle in 1963, as Barack Obama makes his speech in 2008, how can the Dream survive if we murder the children?” asks Dr. King concerning the unborn. "Life was very precious to my uncle and life today is precious.”

“Our best interests as Black Americans,” Owens says, “…lie in a new direction that reflects our core beliefs and values, not merely a resemblance of someone we look like.”