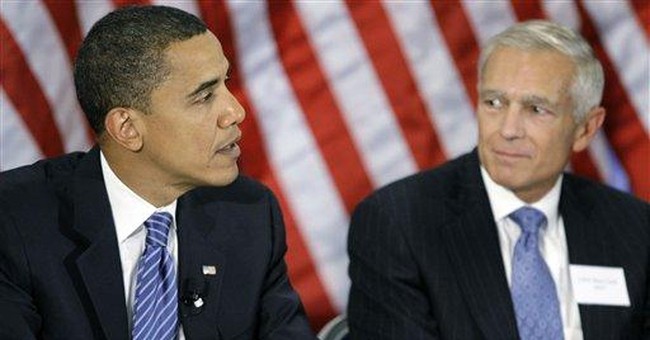 Members of the media, by a 4-to-1 ratio, self-identify as political liberals. This does not fully explain why Sen. Barack Obama received preferential treatment in his campaign against Hillary Clinton. However, it could explain why they are ignoring his flaws and untruths.

The term "mainstream media" is really a misnomer. It is unfair to call the news media "mainstream" when you compare them to America. Only 6 percent of journalists identify themselves as conservative compared to over one-third (36 percent) of the public classifying themselves as such. Only 19 percent of the public consider themselves liberal according to the Pew Research Center's Project for Excellence in Journalism 2008 "State of the Media" report.

Obama is not going through the intense vetting process which candidates usually have experienced by this stage of a national campaign. Consciously or not, the national media are neglecting to shine the spotlight on him when it comes to blunders and mistakes.

His mistakes range from the laughable to the seriously critical.

This week during an 11-minute impromptu statement to the media, he stumbled and said "uh." 144 times. When off the TelePrompTer, he clearly is not the golden orator we have been sold.

Little was mentioned outside the blogs when Obama said that he has traveled all 57 states. Dan Quayle must be envious.

When arguing that our military's Arabic translators are needed in Afghanistan, he did not know that Afghans do not speak Arabic. George Bush would have been crucified for such an error.

His campaign lied when asked if he was born a Muslim. The media took him at his word and did not research enough to find out that Islam is patrilineal. This example of cultural ignorance had the Israeli media buzzing.

Obama told a crowd that Iran does not "pose a serious threat to us" because "tiny countries" having small defense budgets are not a threat to America. The following day, after a little homework, he was correcting himself: "I've made it clear for years that the threat from Iran is grave."

During his Senate race, Obama admitted using drugs beginning in high school and into college. To many a left-wing journalist, use of marijuana and cocaine are no big deal, so why should they bring attention to Obama's past use? Allegations of later drug use have been ignored.

While overlooking Obama's cocaine usage, recent displays of lack of knowledge and campaign mistakes, the media are committing a great disservice to America. They are essentially abandoning their historical role as a watchdog over government and politics.

The media do not want to recognize his problems. There is no pressing of Obama as we have seen with Hillary Clinton over her Bosnia story or John McCain over lobbyists in his campaign. Softball questions are the order of the day when he meets with the media. They want him to succeed so badly they are willing to accept his shortcomings and faults. However, most Americans are not aware of this media bias and believe the information they are being told is objective.

Bernard Goldberg, a correspondent at CBS News for 28 years, is author of, "Bias: A CBS Insider Exposes How the Media Distort the News." When the book was released, he had trouble finding anyone from network television to discuss the issue of media bias except the late Tim Russert, writes Goldberg in The Wall Street Journal. Goldberg queried Russert later: "Why the closed-mindedness when the subject comes around to media bias?" Russert replied, "That, to me, is totally contrary to who we're supposed to be as journalists."

"The Obama campaign is secure in the knowledge that the mainstream media will not report any of this. Certainly they haven't so far," observed Robert Knight of the Media Research Center. "They know that the media will not do anything to embarrass liberal candidates. They cover for them all the time."

The media are acting like a group of friends saying "we've got you covered" to another friend in need. Barack Hussein Obama is the "Golden Boy" of America's liberal media elite -- and because of that, they have him covered.