Can Someone Please Speak to John Legend?

Erin Elmore, Esq.
|
Posted: Feb 20, 2021 12:01 AM
Share   Tweet
The opinions expressed by columnists are their own and do not necessarily represent the views of Townhall.com. 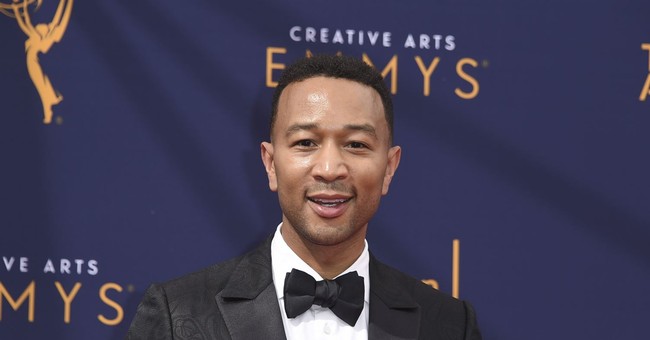 This is nothing new in Krasner’s Philadelphia. Just last year more than 2,400 people were shot in Philly, breaking recent records, and since 2015, 8,500 shootings have left people wounded or killed while only nine percent have reached a conviction -- that boils down to just one out of 11 violent criminals that are actually prosecuted.

Since Krasner was elected, murders have increased every year. Last year, with 499 murders, Philadelphia had the distinction of having the second-highest homicide rate in the country, second only to Chicago. The excuse: Krasner’s office blames everything from a “lack of gun-case witnesses”, “guns outnumbering people” and even the pandemic.

Making excuses for criminals is nothing new for Krasner, a former criminal defense lawyer who is pro-criminal to say the least. He let Michael White out on reduced bail after stabbing a man with a large knife in Philadelphia’s wealthiest zip code. Krasner pushed to have his charges reduced from murder to manslaughter in spite of Facebook videos of him threatening to stab people -- and he ended up with a NOT GUILTY. Twice convicted robber, Davis Josephus was jailed pending trial for felony armed kidnapping and assault, but Krasner was compelled to reduce his bail not once, but twice!. He was released and almost instantly went on to kill 19-year-old Milan Loncar who was out walking his dog. These are just two recent anecdotes, but there are many more horrifically sad stories.

What we see as sad, Soros sees as success. In fact, Krasner is George Soros’ poster boy for success. Soros has worked to get pro-criminal District Attorneys just like Krasner elected all over the county like Chicago’s Kim Foxx and Los Angeles’ George Gascon. This is a trend that is not stopping but rather growing. Soros is targeting cities across America, and his well-funded PACs are making moves as soon as this year’s primary election.

Working to stop all of this madness is a nascent organization called “Protect Our Police Pac.” Founded by retired Philadelphia Police, they are working to raise money to counter-punch Soros’ efforts across the country. Last year they helped support and elect 38 candidates nationwide, and this year they’re working to take down DAs like Krasner and elect more leaders who will stand with victims and police instead of criminals.

Philadelphia residents don’t feel protected. In fact, when speaking to locals, they admit to feeling unsafe. They see the massive negative difference in the city. One resident speaking on the condition of anonymity said, “I was mugged in broad daylight in a city in which I lived and loved for 20 years. My love is gone. The perpetrator didn’t seem to care because he knew that he would face no consequences. The police couldn't do much because they know that Krasner doesn’t support them and the case would never end up resulting in a prosecution.”

So, Philly criminals are not afraid to commit crimes. This is so true that many criminal defense attorneys have had to turn to other forms of legal work because suspects aren’t willing to pay for private attorneys. They simply use the free public defenders: why pay when you know the DA is on your side?

Now that we fully understand Krasner and his well-executed plans to destroy Philadelphia, it’s hard to understand exactly what John Legend is thinking. Legend is clearly not conservative, but is he pro-criminal? John Legend attended University of Pennsylvania and has spoken about his love for the city. So, can someone please tell John that his actions are perpetuating more crime, emboldening criminals and destroying a city that he purports to love?

Erin M. Elmore is an attorney, political strategist, on-air correspondent, and the Executive Director of USA Strong, a grassroots organization focused on rebuilding American greatness. Her commentary has been featured on Fox News, Fox Business, Fox Nation, CNN, MSNBC, Yahoo News, Daily Mail, and The New York Post, among others. Follow her on Twitter and Instagram.