Hollywood Censorship, Culture & Chinese Appeasement: It All Comes Down to Greed

Erin Elmore, Esq.
|
Posted: Aug 23, 2020 12:01 AM
Share   Tweet
The opinions expressed by columnists are their own and do not necessarily represent the views of Townhall.com. 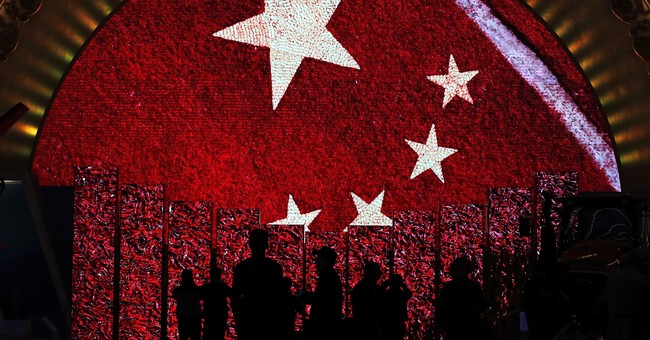 COVID restrictions are slowly beginning to lift, so AMC movie theatres just announced that it will be reopening with 15 cent movies. Great price, however, when it comes to Hollywood blockbusters, we’re not in Kansas anymore. We’re in Beijing. Not in some transformative ethereal cinematic way, but in the way that Communist China plays a significant role in what Americans see on the screen. From product placement to content censorship, stateside cinephiles can say “Hasta la vista” to movies without a motive.

The moviemaker’s motive is clearly one of financial gain. But for COVID, China would have surpassed North America as the biggest movie consumers worldwide. Couple that massive revenue source with the fact that China’s Communist regime severely restricts the number of foreign movies shown into China, approximately 34 films a year, and you have a studio who knows the audience and is eager to please.

This audience is technically the Chinese consumer, but China’s pockets are so deep and reach so broad that Hollywood makes the movies that everyone sees worldwide to please the Chinese government. The result: propaganda as product placement and content that is aligned with China’s viewpoints, which are frequently pro-China, bigoted, and authoritarian in nature.

The product placements may go totally unnoticed or seem innocuous, but the plot thickens. Take for example tech wiz Tony Stark of “Avengers End Game” fame. In the movie, he uses a cheap Chinese Vivo flip phone, which is not available in the United States. A geek such as Stark would never use such a low-quality phone; although, it’s worth noting that he also wouldn’t have much of a choice given that the U.S. government would never let Ironman use a device with such poor security features, especially when serious technology spying allegations have been credibly made against other Chinese companies such as Huawei and ZTE. Hollywood often requires us to suspend reality, but here they are promoting an alternate reality that could result in our military secrets being exposed or our private data targeted. This subliminal Chinese promotion, and others like it, aren’t done as an act of altruism. They are done as an act of massive financial gain for the movie studio. As long as it lines their pockets, they don’t seem to care what message they are sending to the viewer.

They also don’t care about censorship. Communist China not only guarantees that the population doesn't see what they deem as unfavorable ideals, but it also works to make sure that China is only shown favorably.

The Communist Chinese Party does not support gay rights or allow gay marriage. In fact, according to “Newsweek”, China is the worst place in the world to be gay. That’s why China’s version of “Bohemian Rhapsody” did not address Freddie Mercury’s sexuality. They deleted scenes where he dressed as a woman and his proclamation that he had AIDS was muted and not subtitled. Twentieth Century Fox, who made the film, had no comment.

A film will also receive no comment from China if it features Pandas… well sort of. Winnie the Pooh seems harmless enough but Pooh memes have been used to criticize Chinese dictator Xi Jinping. So, “Christopher Robin” got banned in China and those cuddly bears are seen as a symbol of anti-government Chinese activism. Wait, what about “Kung Fu Panda”? Well, that’s obviously different: the film was made as a collaboration with a Chinese media company, China Film Group. Government sensors literally dropped in to monitor the movie’s production… no activism from that animated panda was guaranteed.

Perhaps the most relevant censorship example of all comes from the book “World War Z”, where an earth-shattering plague originates in China. American filmmakers purposefully changed this portion of the plotline and moved the plague to Korea.

Whether it’s an actual plague from China or a movie plague, the point is clear, the dangling carrot in Hollywood is money and they will conceal the truth, suspend reality or shift the plot all for financial gain. As Frank Lopez (Robert Loggia) said in “Scarface”, “Lesson number one: Don’t underestimate the other guy’s greed.”

Erin M. Elmore is an attorney, political strategist, on-air correspondent, and the Executive Director of USA Strong, a grassroots organization focused on rebuilding American greatness. Her commentary has been featured on Fox News, Fox Business, Fox Nation, CNN, MSNBC, Yahoo News, Daily Mail, and The New York Post, among others. Follow her on Twitter and Instagram.