STEM Visas Should Be No-Brainer In Immigration Debate 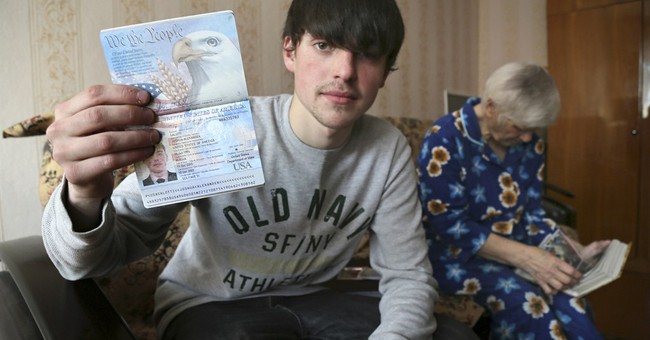 Although the conversation on immigration reform tends to unfold in terms of border security, enforcement of laws, and pathways to citizenship – there is one critical aspect this debate that has failed to break through all of the other noise. Immigration reform could help the economy grow--if done the right way.

Instead of getting bogged down in negotiations about amnesty and its various forms, conservatives should drive the conversation toward STEM (science, technology, engineering, and math) and H1-B visas. These visas can help bring the world’s best and brightest to America--the kind of people who will start businesses, buy homes, pay taxes, and contribute to society.

Conservatives can take a solutions-oriented lead in driving economic growth in America’s high-tech sector by pushing through Rep. Darrell Issa’s (R-CA) Skills Visa Act independent of other legislation. The bill would make more H1-B visas available to foreign graduates of U.S. universities with advanced STEM degrees who are already in America, allowing us to capitalize on the investment we have made in educating these young people. By bringing this legislation to an immediate floor vote and pressuring the Senate to do the same, House Republicans can set the narrative on the immigration debate.

At a briefing on immigration reform at Microsoft’s offices in Washington, DC, this week, some of the brightest minds in the conservative movement discussed the tricky intersection between technology, immigration, economic growth, and electoral politics.

Doug Holtz-Eakin, president of the conservative think tank American Action Forum, presented on the potential economic benefits of immigration reform. With birth rates in America slipping toward the low levels of continental Europe, we are increasingly reliant on immigrants to keep our population--and accordingly, our labor force, GDP, and economy--from declining.

Holtz-Eakin cautioned, however, that immigration reform must be designed to attract more skilled immigrants looking for work. Among the industrialized nations, the U.S. grants comparatively few visas for economic reasons and by far the most visas for family reunification reasons. For immigration reform to work, he argued, America should follow nations like the U.K. in prioritizing work visas for immigrants with specialized knowledge.

Nowhere is this specialized knowledge more needed than in the STEM fields, where despite the Obama economy’s high unemployment, there are more jobs available than qualified applicants.

Alex Nowrasteh, an immigration policy analyst at the CATO Institute, remarked that the system that many of our ancestors used to enter the country in the early 20th century no longer exists. Finding a modern-day answer to Ellis Island could help streamline legal immigration and fix our broken system.

Immigration reform also represents a ticking time bomb for the Republican Party. Whit Ayres, director of Resurgent Republic, showed charts detailing the decreasing percentage of whites in the electorate, and the Hispanic community’s increasing preference for Democrats. With non-Hispanic whites expected to become a minority of the population by 2040 and the Hispanic population’s continued growth, Republicans simply must make inroads with nonwhite immigrants to remain a national party.

On this point, it was encouraging to hear Dr. Barret Duke of The Ethics and Religious Liberty Commission of the Southern Baptist Convention talk about his efforts to engage his membership in the immigration debate, and discuss the importance of the evangelical community’s support to the success of broad immigration reform.

STEM visas may not be a “magic bullet” to drive minority voters to the GOP, but they represent a facet of immigration reform that conservatives can embrace. The panelists at this event explained the multitude of reasons why these visas are good, conservative policy, and by promoting a plan to reform immigration based around STEM, Republicans can show the nonwhite community that they are serious about reaching out and welcoming them into the party.