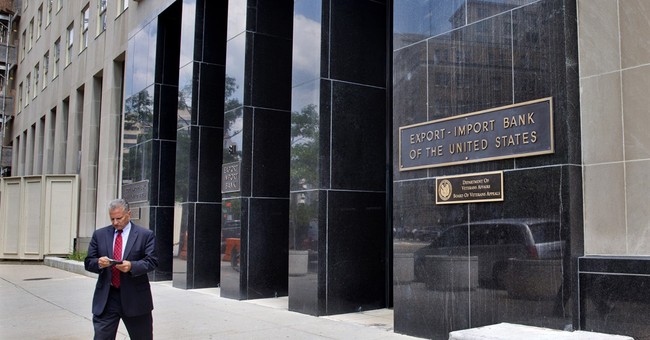 Just in time for Halloween, voodoo is coming out of the back rooms in Congress. Taking advantage of the chaos initiated by the announced resignation of House Speaker John Boehner, a bi-partisan cabal comprised of 176 House Democrats and a few dozen Republicans have conspired to resurrect the scandal-plagued Export-Import (Ex-Im) Bank. By using an arcane parliamentary tactic known as a “discharge petition”, they hope to sidestep the normal legislative process and bring the unpopular bank back to life.

The Ex-Im Bank, for those who are unfamiliar, is an 80-year-old creature of Washington. Initially created to promote trade with one of history’s greatest monsters, Joseph Stalin, the bank has since devolved into a distributor of lucrative taxpayer-backed loans to large, politically-connected businesses and foreign corporations.

Ex-Im has also been a well-known cesspool of corruption. For example, several high-ranking bank officials have been removed from their posts for accepting improper cash payments and kickbacks, multiple cases of fraud and improper conduct remain under investigation, and one member of Congress was even sent to prison in connection with bank-related charges—scary stuff indeed.

The good news is that, thanks to principled leadership in both the Senate and the House, the Ex-Im monster finally met its match when the bank’s charter expired in July. The bad news is that rather than moving into liquidation as required by law, Ex-Im has continued to shamble on through the streets of Washington, counting on K-Street lobbyists to raise the ghoulish bank from the dead. And with the filing of the discharge petition this week, the bank may indeed have taken a small step towards reanimation.

Although the proposal to bring back the bank may be voted on (and perhaps even pass the House) before Halloween, the odds of this creature returning to haunt the taxpayer in the short term look slim. That’s because Senate Majority Leader Mitch McConnell and Senate Banking Committee Chairman Richard Shelby have shown little appetite for bringing any House Ex-Im hobgoblin to the floor for a vote in the Senate. That said, any number of upcoming “must pass” bills could potentially serve as the magic ingredient to bring this not so dearly departed bank back to life.

And Ex-Im isn’t the only taxpayer-financed monster seeking to claw its way back into the realm of the living by hitching a ride on unrelated legislation. Another zombie in Washington’s legislative graveyard is the so-called “tax extenders package”, which contains an expired subsidy for wind production. Like the moribund bank, undead wind subsidies are also high on the list of special interest goodies that some politicians want to revive before the Congressional winter recess.

Lawmakers should reject both efforts, and let this pair of deceased special interest handouts stay that way.

While K-Street and its beltway backers are still a long way from being able to exclaim “It’s Alive!” when it comes to Ex-Im and wind power giveaways, both to loom large over Capitol Hill.

Policymakers should resist the urge to play trick or treat on the American taxpayer and leave the zombies in the ground.