Erick Erickson
|
Posted: Apr 02, 2021 12:01 AM
Share   Tweet
The opinions expressed by columnists are their own and do not necessarily represent the views of Townhall.com. 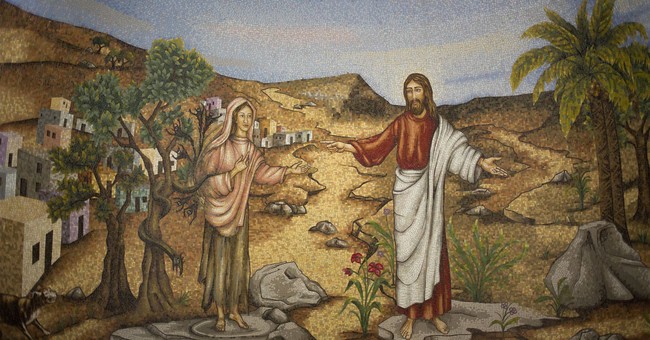 Two thousand years ago on planet Earth, there were no civilizations, religions or mythologies that had anything akin to an account of Jesus's resurrection.

When atheists and skeptics argue it would have been easy to pull the wool over people's eyes 2,000 years ago, they take a narrow and bigoted view of culture at the time. They believe something for which there is ample evidence to the contrary.

N.T. Wright showed in "The Resurrection of the Son of God" that, contrary to claims of today, literally no civilization had anything like what the early Christians claimed. It has all the hallmarks of recorded history, i.e. a recounted real event.

The Jews had only two beliefs in their entire culture. Either they did not believe in resurrection at all, or they believed we all were resurrected on the last day of history. They had no story of a single person's resurrection.

The Roman, Greek, Indian subcontinent, East Asian, Norse, Egyptian, African and Western Hemisphere cultures that existed lacked the language of the Christian resurrection. Overwhelmingly, the pagan religions globally rejected resurrection. The few stories that considered resurrection either did not exist or came in one of two very distinct forms.

First, a resurrection involved a human coming back to life as godlike with a shining appearance, in almost all cases too bright for humans to lay eyes on. More commonly, the human came back to life pale and cadaverous, looking like one who had withered in the tomb.

That is it. On planet Earth, 2,000 years ago, that was all there was and almost to a culture regardless of its place on the planet, they rejected the idea of a physical, bodily resurrection back to human form.

Then Jesus came from the tomb. The early Christians, speaking into a Jewish community, told a tale so incredible that deviated so substantially from anything known, it is impossible to think anyone would have believed Jesus's followers. Their story simply did not fit an existing archetype, regardless of continent.

The apostles told the tale of the man Jesus coming from the tomb. His burial cloth had been removed and folded. Then he, neither shining brightly nor withered and cadaverous, was unrecognizable until he was recognizable. As Tim Keller notes in his new book, "Hope in Times of Fear," it was like seeing a friend from 50 years ago and realizing it was the same person. Only it was the third day after his death.

Likewise, Jesus had the wounds of the crucifixion and possessed the ability to enter locked rooms. He could disappear and reappear. He ate -- a lot. He appeared to multiple groups of people and to individuals. There were hundreds of witnesses still living by the time Paul wrote. But Christ's form was neither of dazzling light nor pale and cadaverous.

The story would have been impossible in Jewish culture. It simply is not suggested in Old Testament Biblical literature that Jesus could be dead for multiple days and then rise again as he did. The resurrections of people in the Old Testament at the hands of prophets were not multiday affairs of withered corpses. Even in the New Testament, Jesus's multiday resurrection of Lazarus required human help to get Lazarus out of his burial clothes. "The man who had died came out, his hands and feet bound with linen strips, and his face wrapped with a cloth. Jesus said to them, 'Unbind him, and let him go.'" (John 11:44)

With Jesus, however, "Then Simon Peter came, following him, and went into the tomb. He saw the linen cloths lying there, and the face cloth, which had been on Jesus' head, not lying with the linen cloths but folded up in a place by itself." (John 20:6-7)

This event was like no other, and believing it happened by faith, unlike a belief in any other event in human history, has a regenerative effect that allows one a relationship with the living God. Happy Easter.